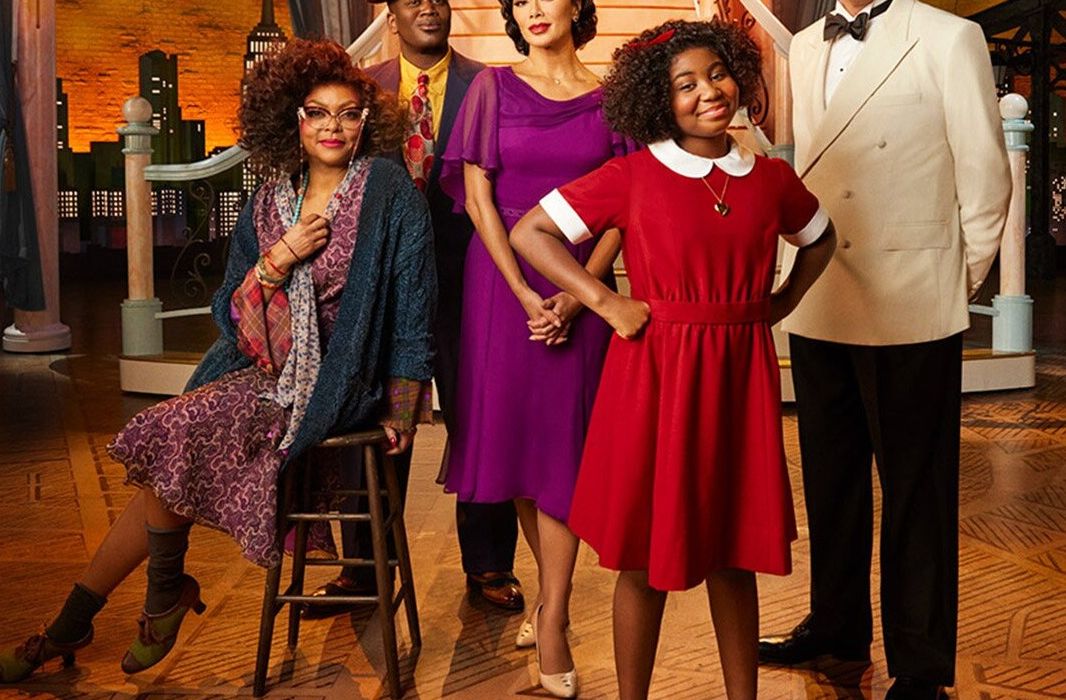 NBC’s latest outing in the live musical space is Annie Live!, the 1977 Tony-Award winning production based on the Little Orphan Annie comic strips, which started in 1924 and actually ran in newspapers until 2010.  Over the years, the musical has been adapted to screen four times, with John Huston’s 1982 film featuring Aileen Quinn, Albert Finney, Tim Curry, and Bernadette Peters being the most successful (and most memorable).  The musical itself shys away from the high adventure that was a hallmark of the comic strip (and in the radio show that started in 1930) and focuses on an origin story for young Annie, going from under the care of Miss Hannigan to the life of luxury with the Depression-era Jeff Bezos called Oliver Warbucks.

The network has had its ups and downs adapting theater for a live audience. Some have been critically acclaimed, such as 2018’s Jesus Christ Superstar with John Legend. Others are less than memorable, such as 2014’s production of Peter Pan with the odd but amusing choice of Christopher Walken as Captain Hook. So where does Annie Live!, with its message of hope from a little girl in the Great Depression, fall on this spectrum?

Thankfully, closer to Jesus Christ Superstar, though not without a few faults.

The production wisely modernizes the story with beautifully diverse cast, featuring three people of color in principal roles (Annie, Miss Hannigan, and Grace Farrell), and a wonderfully diverse ensemble. Seeing this representation on screen is nothing short of beautiful and inspiring to a generation of kids who can now see themselves in these roles.  An extra verse of Annie’s iconic song “Maybe” sung by Oliver Warbucks (Harry Connick Jr.) near the end of the production also is a nod to the more nontraditional families commonplace today (something Connick Jr. had put in himself).  And thankfully, some of the more dated language gets cleaned up for a 2021 audience, but not at the sake of the overall story.

Viewers watching this whose only familiarity is with that 1982 film may wonder about the Christmas setting (since that film took place in in June and July) and songs such as “We’d Like to Thank You Herbert Hoover” and “A New Deal for Christmas” that were not in the film. The production itself stays very close to its source material, but does add in “We Got Annie” from that 1982 film, perhaps done as gentle tribute to the late Ann Reinking, who performed the song in the film and passed away last December.  The musical also wisely tones down the romance between Warbucks and Farrell that was present in that adaptation, with a few longing glances hinting at unrequited love between the tycoon and his chief of staff.

Casting these musicals has been a hard balance for NBC to strike.  You want to have names to bring in viewers, but you also want to make sure they have the musical theater chops.  After a few years of questionable decisions, NBC gets it right.  It takes a bit for everyone to find their stride, but once they do, the talent abounds. Taraji P. Henson does her best combination of Cookie Lyon (her signature Empire character) with screwball comedy, and shows she has quite the chemistry with Harry Connick Jr.  Nicole Scherzinger as Grace Farrell is her character’s name personified, carrying herself with quiet dignity throughout. But when it’s time for her to stop the show, she does it with panache.

The internet certainly had a field day with Harry Connick Jr.’s bald cap to get the Warbucks signature look, but he brought a warmth to the role sorely lacking in those who took on the character in the past, from Albert Finney to Will Smith.  Even our villains – – Miss Hannigan’s brother (Tituss Burgess) and his girlfriend, the named-for-the-hotel Lily St. Regis (Megan Hilty) – – have just the right charm to make you want more of them on your screen.  Hilty was a last-minute replacement for the COVID-stricken Jane Krakowski, and while I would have been curious to see what the ever cool Krakowski would have done with the character, you can’t go wrong with Smash’s bombshell blonde Ivy Lynn.

And what of our Annie? Celina Smith does just what Annie should be: a girl between two worlds.  She blends optimism with vulnerability, maturity with childlike innocence.  She’s polished, particularly in her rich singing voice, but doesn’t come across as too much so.  She and the orphan ensemble brought just the right amount of precociousness and simplicity, and some excellent tumbles and dance steps in their signature number “It’s a Hard Knock Life.”

If there are any faults, it was in staging decisions.  The end of the production comes across as rushed, but that could be a function of the original stage show where there isn’t any climatic moment to keep you holding your breath, no Annie dangling off of a bridge being rescued by a helicopter.  Recorded on a 360 degree soundstage in Bethpage, New York, the theater’s shape allowed for seamless scene transitions and clever staging, even if set pieces were sparse.  Television cameras did get in the way more than once, providing odd angles and moments where you could hear the dialogue but not see the actors. The audience also came across as coached and artificial, as if someone was holding up an “APPLAUSE” sign throughout the production, and not just during one scene set at a radio show.  That said, Warbucks’s remark about how happy he is seeing the arts rebounding after such tough times struck an unexpected and deep chord with this 2021 audience just seeing Broadway back to life after a year of pandemic closures, led to a spontaneous round of applause.

Annie is not a hip musical in any sense of the word. Its unabashed optimism is overly quaint in 2021. But the parallels between 1933 and 2021 make it just the right time for a production like this. It may not clear all the cobwebs and the sorrow until there’s none, but you’ll leave it certainly wanting to stick out your chin, and grin, and remember that tomorrow is only a day away.