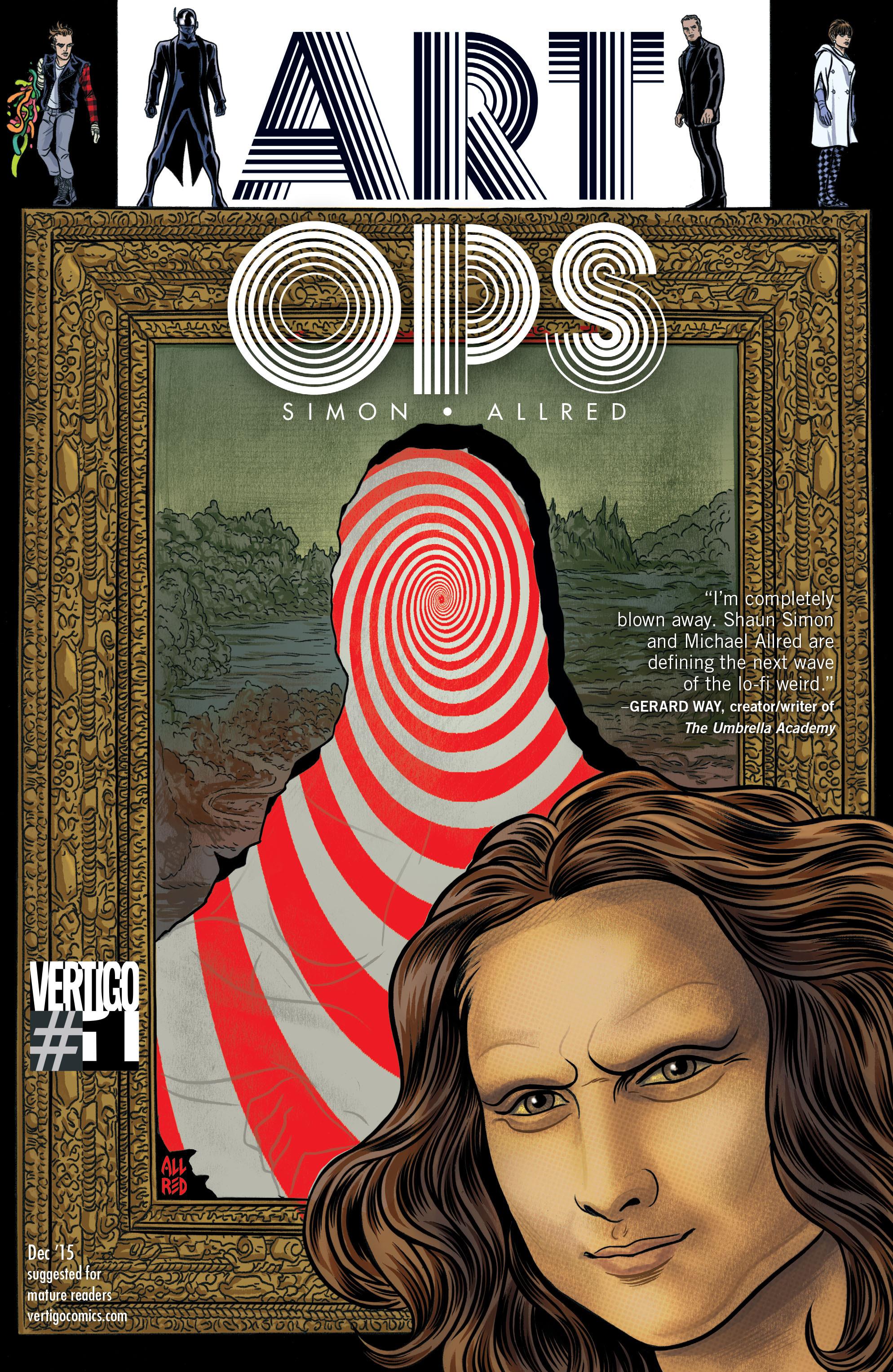 Simon and Allred have a pretty avant garde concept on their hands, but this issue comes off as feeling a little paint-by-numbers. 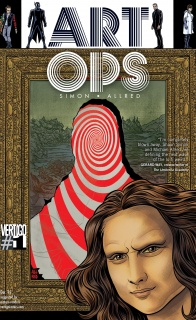 In this new series by Shaun Simon and legendary artist Michael Allred, art not only imitates life, it becomes it! When rogue figures from famous works of art come to life and escape their frames, it’s up to Reggie Riot and the agents of Art Operatives to track them down before they wreak havoc on the unsuspecting public.

Cosmic rays, radioactive arachnids, genius level intellects, mystical talismans, laboratory disasters. The origin stories for comic book characters sometimes seem so similar that it’s hard to keep them from blurring together. So, when a creative team conjure something up that feels truly fresh it’s almost always worth a look in. Simon has a pretty solid run as far as weird and wonderful is concerned. After gaining prominence working with Gerard Way on “The True Lives of the Fabulous Killjoys” he proved himself a pretty off the wall thinking in his own right with his recent book “Neverboy”, a mini-series about a displaced imaginary friend on the run from the reality’s police. When I saw that he was teaming up with Mike Allred to put together an post-modern art-heist-kidnap story I was already sold. But, while Simon’s blueprints may seem unique, the final product left me feeling like I’d been sold an older model with a fresh coat of paint.

“Art Ops” #1 opens with a pretty fantastic set piece. The eponymous team, lead by Agent Regina Jones, have broken into the Louvre and are headed straight to the Mona Lisa to pull out the most valuable painted lady on Earth out of her frame and into the real world. There’s an art thief at large scooping up priceless paintings, and they’re looking to save the few that are left. Meanwhile, a world away in New York, Regina’s deadbeat son “Reggie” (holy superiority complex, Batman) is opening up to his girlfriend about the mother he barely knows. He’s reached adulthood without any knowledge of Regina’s extraordinary career and wants nothing more to do with her. However, when a freak occurrence changes Reggie’s life forever and pulls him deeper into his mother’s world it looks as though he’s going to have to find his place in amongst the art.

While I feel a little torn about this book so far, one thing that holds up throughout is Allred’s art. His distinctive style has always been a little hit-and-miss for me. I dont usually like his work on more mainstream superhero books like “X-Force” and “Silver Surfer” but I feel like it fits infinitely more on quirky, indie books like iZombie. His pop-art style colours and thick, confident lines are perfect in a world where art and reality mesh together, and he really manages to keep this book grounded in its more silly moments, and light and playful in its darker pages.

Issue one obviously has a lot of ground to cover. Setting up a secret government unit, explaining the reality of art-as-life, and creating a pre-existing relationship between Reggie and Regina (seriously, it wasn’t cute when Will and Jada did it, it’s not cute here) is no mean feat. Sadly, it feels like, in an effort to cover so much canvas, Simon has ended up being forced to use some pretty broad brushstrokes. We’re introduced to a plethora of characters in this issue, and it feels as though Simon has had to sacrifice character development in order to ensure we got enough story to keep us going. The glimpse we get of Regina during the heist makes her seem relatively normal but, to hear Reggie describe her, you’d think she was a cold, emotionless harpy. Reggie himself is similarly difficult to get a beat on, as he plays out as simultaneously a loving boyfriend and a frustrated, Hamlet-esque man-child. He feels very similar to Simon’s previous protagonist, but while Neverboy’s angst and frustration made sense as part of his barely there existence, Reggie feels kind of spoilt as he shuns his mother while still living in her house.

All that being said, the issue definitely finds its feet a little as it continues. The side-by-side narratives of Regina and Reggie intersect pretty quickly, and from there we get to see the ‘art’ world begin to affect Reggie in strange new ways. Allred gives us a beautifully rendered fight scene with Reggie that is equal parts Rocky and Jackson Pollock, and slots the iconic face of the Mona Lisa into witness protection in downtown New York. At its best, Simon’s writing is pithy and sharp, but at times it feels a little belaboured, as if he felt so overwhelmed by some of the more ridiculous elements of his story that he needed to really flesh out the world when it could’ve done better being left vague. This book is at its best when it’s having fun and not taking itself too seriously, and I hope that they keep as much of that lighter, more Absurdist tone as the serious progresses. It’s understandable that a book like this might have some teething problems whilst it realises exactly what it wants to be, but with a concept so ripe for experimentation and a creative team with an amazingly strong back catalogue I hope that they can sand down some of this first issue roughness and find a diamond buried underneath.

Final Verdict: 6.2 – Maybe throws a little too much at the wall on the first try, but I hope that what sticks in later issues will be worth the wait.