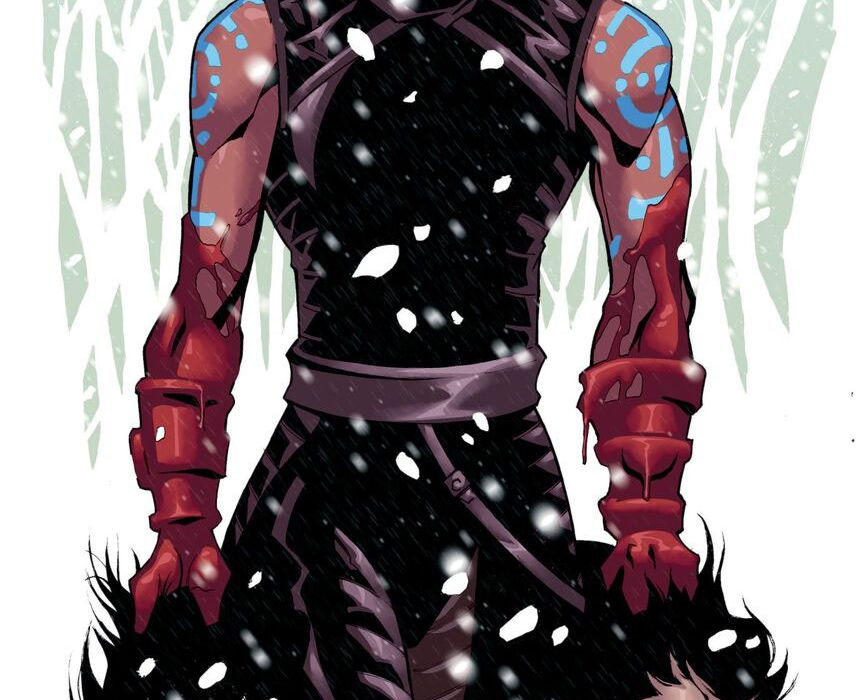 Time travel is one of those wild sci-fi comics that seems to be so inseparable from the comics medium. It’s been done to death in mainstream books like “X-Men” and explored in interesting ways in things like “Planetary”, but has such a malleable allure to it that people keep being intrigued. “Artemis And The Assassin” looks to take a more directly historical approach to the concept, meshing it with a group of assassins and a deadly WWII spy. Let’s see how this one pans out! 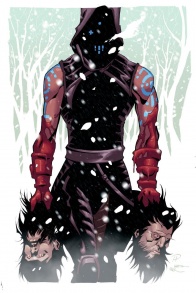 What happens when a time-traveling assassin and a spy from 1944 try to kill each other?

For a price, a top-secret assassination organization will travel through time and inter-fere with watershed moments. Trained as the agency’s top assassin, Maya is sent to kill Virginia Hall, the deadliest spy of WWII. Charged with carrying important plans about the invasion of Normandy to the allied troops, Virginia’s death would have a cataclysmic effect on WWII as we know it.

Phillips does a pretty good job introducing the concept of time travel and the assassin’s guild here from the start. On the first page, we get a sense of culture clash that suggests time travel. The narration suggests we’re in Russia, 1916, and the scenery seems to reinforce that, yet there’s a figure here that is able to stop a horse and cart in its tracks and take out the driver single-handedly. The assassin in question, Maya, comes off as a cold-hearted badass, with Phillps reigning in the dialogue to give her an aloof and instantly cool aura. The character that Phillips manages to pull off here, however, is the WWII spy Virginia Hall. She’s characterized well as somewhat clumsy, shooting, climbing and cursing her way through a tree, yet she has an unshakable bravado, especially on returning to the tavern, which makes her lovable despite what the other characters may think of her.

Yet despite all of this, this series debut falls short in too many ways to really compel me to keep reading. Sure, Maya seems like the kind of cold-hearted killer queen that I want desperately want to be myself, but we don’t get much other motivation rather than the fact that she has a “relationship” with Isak, who seems to be the leader of the time-traveling assassin organization. Speaking of, the organization themselves are super hazy on details and make what should be the most interesting part of the book the least fleshed out. When Maya returns to report her killing of Rasputin, there’s literally just this one angry fellow Isak standing around, who doesn’t even have a name for the organization or seemingly any end goal for them to be reaching. The backup story at least introduces the idea that yes, there are other members of this time-traveling band of merry folks, but it still doesn’t add anything more to what the group does. It does give Maya the always-fun protagonist trope of being good at everything, but again still leaves her motivation and drive very hazy at this point.

Meghan Hetrick illustrates the main story here and does a good job of giving everything distinct visual iconography. Like with the narrative, there’s great visual collusion on the first page that suggests to readers almost immediately that Maya is a fish-out-of-water, just from her confident stance and her attire. I love the almost-glowing tattoo sigils that she bears on her arms, as it suggests an arcane sensibility on top of the time-travel antics, and that is the kind of unexplained backstory that I love and should be left up to the readers to figure out. Similarly, the way that Hetrick has Maya emote throughout the story gives her a great sense of personality that we didn’t get through the dialogue. When one of Rasputin’s guards say “You will die for this!”, we get more from Maya’s smug, lazy but entertained facial expression than her quaint “Sure.” reply.

What is unfortunate is that, for a book about time-traveling assassins, most of the assassinating action and action, in general, seem to take place off-panel. The first attack from Maya’s is the most satisfying, delivering a bloody slice to the cart driver’s throat, but even then it’s done in the first person and we can’t see Maya deliver it in a dynamic way. It also occurs in the scene with Virginia escaping gunfire, where we see the people she’s shooting at reacting, but miss out on seeing them actually shoot, giving us gunfire that doesn’t have any visual grounding in human behavior. This off-panel action is handled in an interesting way at least with Rasputin, where we don’t see Maya’s arrow hit its target, but rather, a satisfying “THUNK” sound effect presumably from letterer Troy Peteri that tastefully substitutes any chance of having a jarring and overly-violent death scene.

Francesca Fantini’s work in the backup is solid also, giving us some very fluid ink work. The emotional acting in this is great, with Maya channeling some serious rage in her shots, or my favorite of this scene: Isak twisting awkwardly to having an arrow shoved in his face. There’s just a little bit of uncomfortable posing and body proportioning, particularly on Maya and some harrowing shoulder movements from Isak that keeps this from being really solid.

Lauren Affe’s coloring here does give the whole issue a great sense of sci-fi vibrancy, perhaps being the most consistent part of the creative team. There’s a definite cold blue palette to the Russian scene, however this isn’t all-encompassing. Affe offsets it from being totally monotone and mundane by adding little pops of contrasting color, like bright red blood or the pastel gold of the carriage. The WWII scene has its own great sense of style, too. The overall mood is a little more muted and desaturated, with the bar shot containing some of my favorite work: lots of different colors but all paired back enough that they don’t distract the reader.

“Artemis And The Assassin” #1 could very well continue on to be a truly interesting series with great time travel mechanics and genuine motivation. We just don’t get any indication of that in this debut issue. There’s some decent action dialogue writing, but little underneath that, and the art is stylish but lacks any substance or even presence in some cases. The coloring is solid, however, and pulls this book together to give it the visual pop it needs.

Final Score: 5.8 – A flashy debut that has some promise, but feels hollow and oddly executed in a lot of areas.