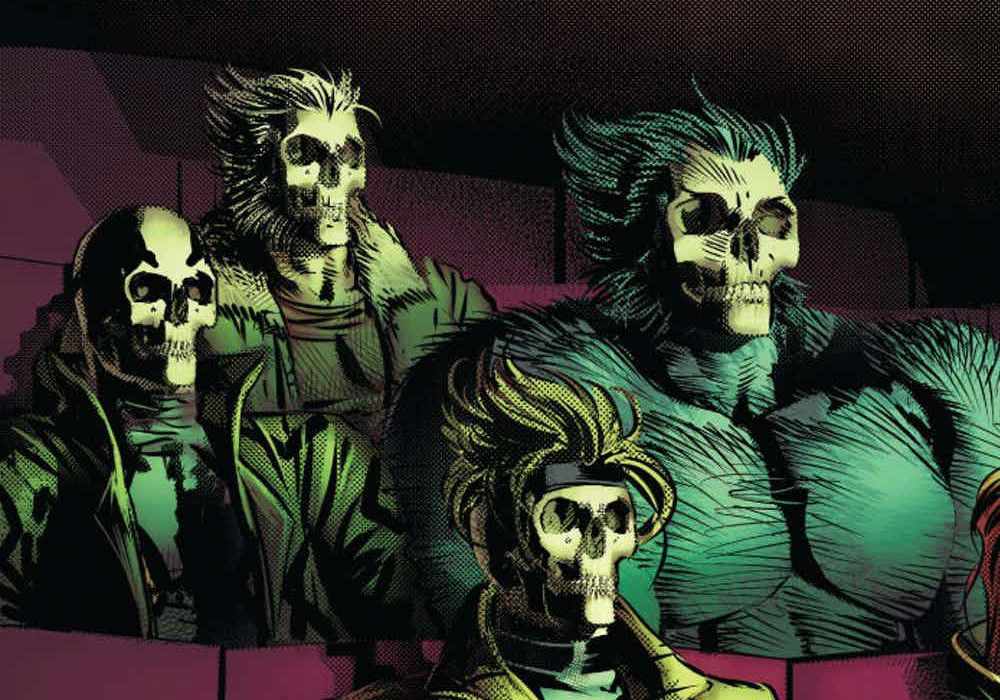 “Astonishing X-Men” #1 assembled a team of mutants and paired them up against a villain in an economical fashion setting the book far apart from the rest of the X-line. Instead of being yet another title geared towards older X-Men readers, “Astonishing X-Men” teamed an oddball cast of characters together to take on a strange villain with an absurd sense of urgency and widescreen theatrics. Just as the book really started to take off, the cast decided to start battling the Shadow King via the Astral Plane. The title is hopping dimensions and switching artists for this installment and I couldn’t be more excited to see what Mike Deodato and Charles Soule bring to the second issue of “Astonishing X-Men.” 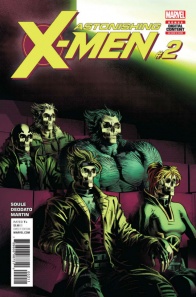 ENTER: THE ASTRAL PLANE! In the next chapter of this action-packed X-Men epic, PSYLOCKE, ROGUE, OLD MAN LOGAN and the rest of their impromptu team travel to the astral plane in pursuit of the dastardly SHADOW KING. But on the astral plane, not everything is as it seems, and reality is only as reliable as what you think it is… Will the X-Men be able to contain the chaos from spilling out into the world?

Charles Soule is one of my favorite creators at Marvel right now, armed with Mike Deodato, “Astonishing X-Men” #2 ends up being the exact opposite of what most readers might think it is. Soule perfectly tailors the tone of the comic towards Deodato and utilizes his distinctive pencil set for a trip to the Astral Plane. This individual issue has everything from a couple of identity reveals and twists to the creative team interpreting recent X-Men history with a distorted lens. The comic has Grant Morrison levels of ambition and strays as far down the rabbit hole as a major Marvel comic can while still being clear and important to the overall series.

The comic starts out on a strong note with a stinger before the credits that will sink readers into the pages of the book from panel one. The scope of the story is widened as more players are introduced spanning multiple planes of existence. Soule also makes a great effort to give each member of the cast more personality with an interesting development aimed at each X-Men. Even though the comic feels so loose and conversational, the structure of the book is sound. There is a beginning, middle and end. There are also an array of subplots balanced very well. The issue goes down a fairly absurd tangent referencing stories which have nothing to do with the Shadow King or core cast members, but there are parallels or interesting connections to be made between those titles and this book.

There are lots of Marvel comics with great core cast members and dull villains. “Astonishing X-Men” has trumped the criticism from page one and feels different from lots of other titles in the line simply because the antagonist sets the mutants on a huge adventure. The threat that the Shadow King poses towards each member of the team only gets more imposing as readers are offered the chance to peek behind the curtain with his conversations featuring a shadowy mutant. Deodato’s loose and exaggerated art loads the scenes with an unwieldy amount of tension. The layouts start to dominate each scene and Deodato fills the pages with ominous spider-webs furthering the sense of dread evoked in the comic. In traditional superhero stories the artist oftentimes seems misused while this comic plays up the horror and dread for a story meant only for Deodato’s work.

While I do love this installment of the title, I wish Soule had spent no time in the normal plane of existence as these scenes aren’t a fraction as interesting as the core plot of the story set on the Astral Plane. It would have been great to see the creative stick around for at least one more issue to explore just how many twisted X-Men ideas could fit under the roof of one issue-I have no idea how Soule is going to transition to the next story with artist Ed McGuinness, but this problem is for another review.

I never thought a title could peak in the second issue but “Astonishing X-Men” #2 hits highs that the past couple of X-Men ongoing series could only dream of. The vivid atmosphere and creative use of X-Men continuity make this a can’t-miss title. The issue also feels like a small piece of a larger story continuing to unfold in the series as the X-Men are still united against one big antagonist. Over at Marvel there are not many books this focused on one antagonist or titles that have a heavily serialized storytelling device from issue-to-issue. If you have lost faith in the publisher or the X-Men and love this wild cast or Soule and Deodato’s previous work there is going to be something in this comic for you.

Final Verdict: 8.8 – “Astonishing X-Men” #2 is a wild journey into the astral plane worthy of the “WTF” cover.