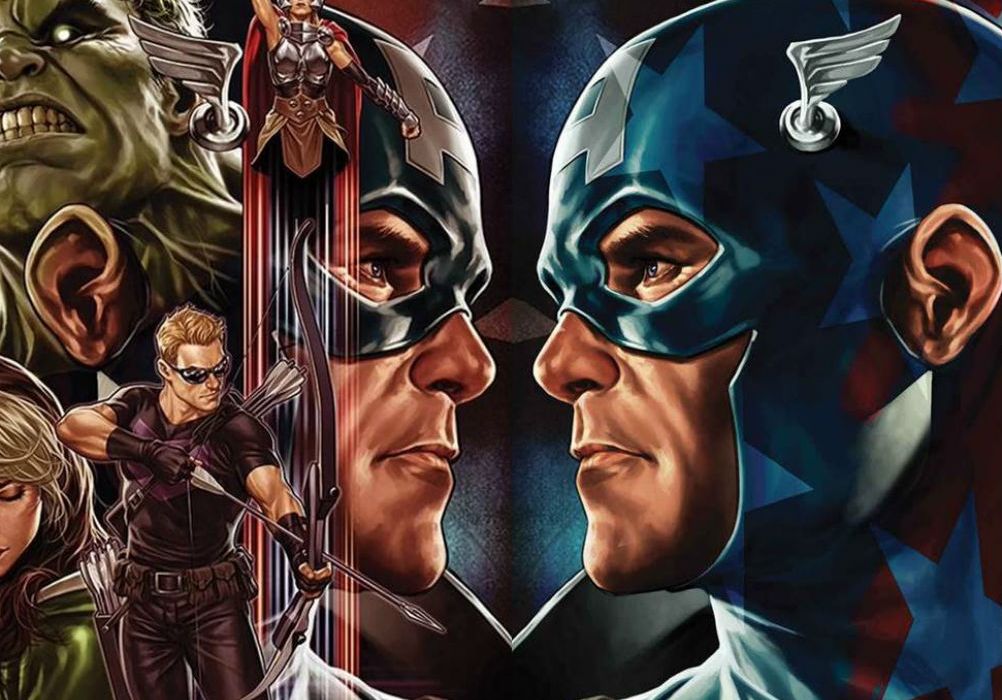 The Avengers weekly storyline ‘No Surrender’ has finally come to an end with this new chapter of the series. With the conflict over in the last installment, readers get to see the different Avengers heroes pick up the pieces and see who is left standing in this final entry. However, does this script serve as a truly interesting finale to the series or does it feel too stale or editorially-driven by Marvel’s outside interests in setting up the upcoming Avengers title shipping next week? We offer spoiler-free thoughts on the conclusion of the series below! 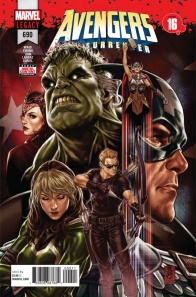 NO SURRENDER REACHES ITS FINALE! The battle is over, and those left standing in the rubble have to find a way to move forward. As an era of the Avengers comes to a close, what will rise to take its place?

When a series reaches an abrupt conclusion and there are only a few heroes left to pick up the pieces after a huge fight, epilogue issues can be dull and not seem particularly meaningful. However, “Avengers” #690 has a lot more responsibility and ground to cover. The issue is a reflection of a status quo shift by in numerous different Avengers teams breaking up into one with a roster who is largely absent from this crossover. Arguably there is almost too much ground to cover and plot to chew off which isn’t necessarily a bad thing for a finale tasked only with ending this era of Avengers.

The issue is a fascinating, status quo shifting story about tons of heroes who are basically out of a job. The different heroes end up going their own way and finding out who lands where and getting into the headspace of the different Avenger is an interesting proposition. With the sprawling cast in the title, readers don’t get a chance to see each character in the issue. Marvel also doesn’t have a roadmap showing where the cast is going next because I’m not sure even they have an answer for that challenging question yet.

Fortunately, the story still moves at a brisk pace and sets up lots of smaller, intriguing new situations which break up some of the monotony of the typical story structure. Each group of heroes is paired into smaller teams carrying a meaningful conversation about what is next. Nadia and Jarvis’s playful dynamic leaps off of the page and brings out the best of each hero. The classic Avengers consisting of Captain America, Falcon, Hercules and a few others also have a few interesting next steps with Voyager. The trio of writers has left Voyager in a particularly fascinating position towards the end of the issue.

One of the weakest parts of the script is the Hawkeye and Hulk scene showing some uninspired melodrama with the continuation of a thread from “Civil War” II. The two are so contentious and largely without merit. It is disappointing to not see Hawkeye trying to lend more a helping hand to Banner’s needs and fears. In truth, there isn’t a writer who has the best hand on the dynamic between the two and the chemistry does not seem to be apparent. The Scarlet Witch suddenly having an odd revelation about her brother was another moment feeling too quick and easy for the story. Even with some of these elements in mind, it is absolutely commendable Marvel managed to make a big crossover like this with a definitive ending. There is a post-credits sequence and it does appear to be obvious there is more to the story with the different characters here but almost every member in the cast is given a small moment to soak up the sunshine and show their story has ended for now–Even the Lethal Legion is given a brilliant moment to shine.

Artist Pepe Larraz continues his work here as one of the greatest pencilers at Marvel right now. Larraz’s style is perfectly suited to the issue as he is great at drawing a large group of characters interact with each other in the story in a more casual setting. Looking at some of the heroes which are different species start to talk to regular humans is a thrilling piece of work blending on the page beautifully. Larraz has a very dynamic set of skills which perfectly exhibits the illusion of motion allowing for great comics. There is a lot of ground covered here as well with pages taking place intergalactically in a bar full of aliens speaking to the intimate nature of Bruce Banner and Clint Barton at a diner. Larraz is one of the most impressive talents at Marvel and I hope this is only the beginning of his talents earning him great recognition as his work ethic has also been staggeringly impressive in frequency throughout the title with so many ‘No Surrender’ chapters featuring his interior work.

For any Marvel fans complaining about huge event stories rarely get an actual ending, I would love to point towards this chapter. For the amount of casual conversation between the different cast members in the issue, I was greatly impressed with the moving parts making up “Avengers” #690 and I hope to read something which has the energy of this crossover in the future of the franchise going forward.

Final Verdict: 8.0 – “Avengers” #690 is a charmingly intimate, yet large-scale sendoff for the bulk of the cast up making the weekly ‘No Surrender’ storyline.