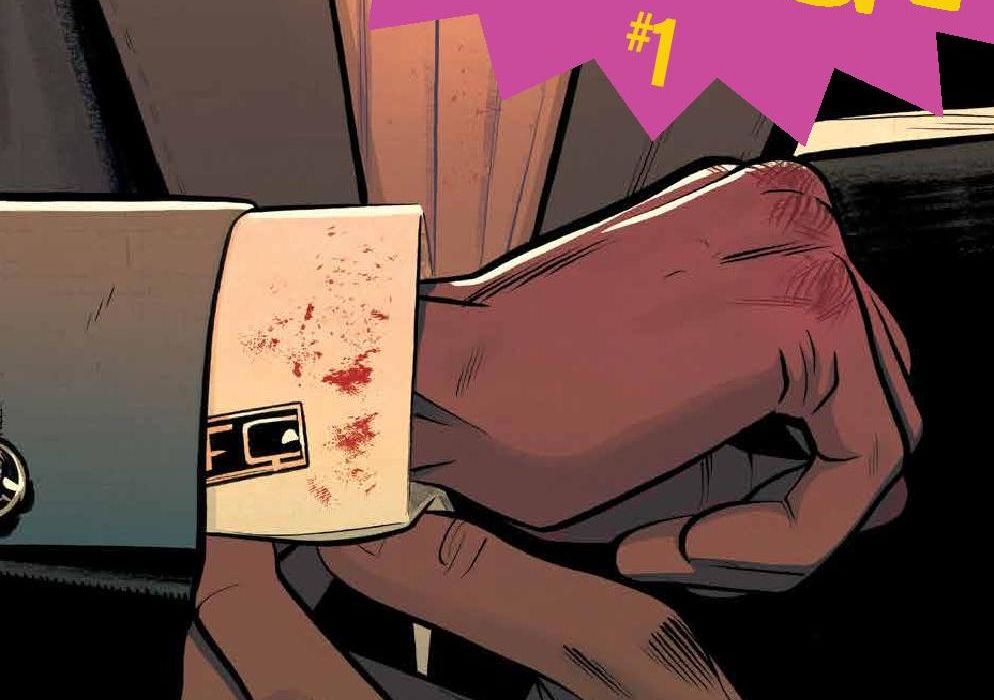 Outside of his work-for-hire projects, Matt Kindt has made an impressive creator-owned career by draping familiar premises with multi-layered high concepts. A multinational special ops team of Boy Scouts. A family saga set in a separatist commune in Alaska. A murder mystery at 1000 fathoms. In “Bang!” he’s back to the old espionage stomping grounds of “Super Spy” and “Mind MGMT” but with a distinctively more glamorous but equally mind bending take on spy craft. Wilfredo Torres is along for the ride and contributes an elegant mid-century stylishness to the proceedings. 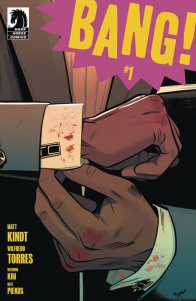 A best-of-the-best secret agent with memories he couldn’t possibly possess, a mystery writer in her 60s who spends her retirement solving crimes, a man of action with mysterious drugs that keep him ahead of a constant string of targeted disasters, a seemingly omnipotent terrorist organization that might be behind it all…
And they’re all connected to one man: a science-fiction author with more information than seems possible, whose books may hold the key to either saving reality or destroying it.

While “Bang” #1 is easily Kindt’s most 007-like spy story setup issue, it may be his messiest and most convoluted narrative. Right out of the starting gate there’s a requisite dry-witted and devil-may-care playboy spy cad, a femme fatale, a shadowy global criminal cabal, a seemingly benign McGuffin, and exotic locales. Hell, there’s even a opening similar to what viewers are used to seeing in the cinematic James Bond universe but with an unexpected twist. In typical Kindt style there are surely more twists to come, but “Bang!”‘s central conceit of an agent with memories of lives that couldn’t be his and a novelist pulling on the strands of a global conspiracy stand at the center of this premier issue, providing Kindt’s signature unexpected narrative flourish. A certain amount of querulous discomfiture is to be expected from the reader after a setup like this. It’s by design. However, if not for Kindt’s sterling track record, he runs the risk of not setting the hook. Fans of Ian Fleming’s creation should fall for this riff on the Bond legacy, and Kindt seemingly makes no bones about trading in its currency. Except here, perhaps more than in the her majesty’s secret service, the agent, Thomas Cord seems to have less, well, agency. At least at first, he is a pawn. His narration is even in the second person. A unique and certainly purposeful artistic decision.

Kindt is clearly building something with the snippets of pop culture that he loves and that many readers who grew up on a steady diet of cable television and cheap paperbacks share his affinity for. There’s a meta textual flavor to “Bang!” that makes this first issue feel both familiar and somewhat jarring. It may illicit a been there done that, wait, what? reaction. The mysteriously omniscient writer, Philip K. Verve, has even appeared in Kindt’s other works, but here he takes center stage. A story about a writer who holds the keys to greater mysteries instead of observing on the periphery is a notion that’s easy to get behind.

If Kindt’s penchant for throwing multiple genre easter egg references at the reader is a hallmark of this first issue, then Torres, like The Dude’s rug, really ties the room together. In his trademark less-is-more style that jettisons fussiness in favor of assured line work, Torres’s artwork gives the story a more refined and almost Madison Avenue commercial art feel. It gives this series a different artistic flavor than Kindt or his recent collaborator Tyler Jenkins could provide. Gone are the watercolor washes in favor of Nayoung Kim’s flat pop art colors and Nate Piekos laserlike precision lettering signals another stylistic departure from Kindt’s typical real world, non-fantasy, creator-owned aesthetic. Kindt gives his creative partners room to stretch their artistic legs with a script that features it’s fair share of wordless panels punctuated by an equal helping of panels with economic dialogue or narration. It’s a brisk read that is even more impressive upon revisiting. The sequential narrative beats are as clear as a bell even if what the hell is really going on is intentionally murky. Torres is operating in top form, making it look easy.

While Kindt’s “Folklords” and “Ether” series provide even greater evidence that he’s one of comics’ most versatile creators, “Bang!” really shows Kindt in his natural habitat. This time though the narrative seems, at least at the start, to have less of Kindt’s elaborate espionage narrative gamesmanship and more of a willingness to let the story unfold organically. There’s no signaling of a definitive endgame, an occupational hazard in the world of single issue comics. Readers have to buy into the story’s concept and trust that the narrative will find a satisfying conclusion. Luckily, with Kindt, readers couldn’t be in better hands.

Final Verdict: 8.0 – As setups go, “Bang!” #1 checks the essential boxes with lead pipe efficiency, seemingly content to save most of its more outlandish concepts for later installments.