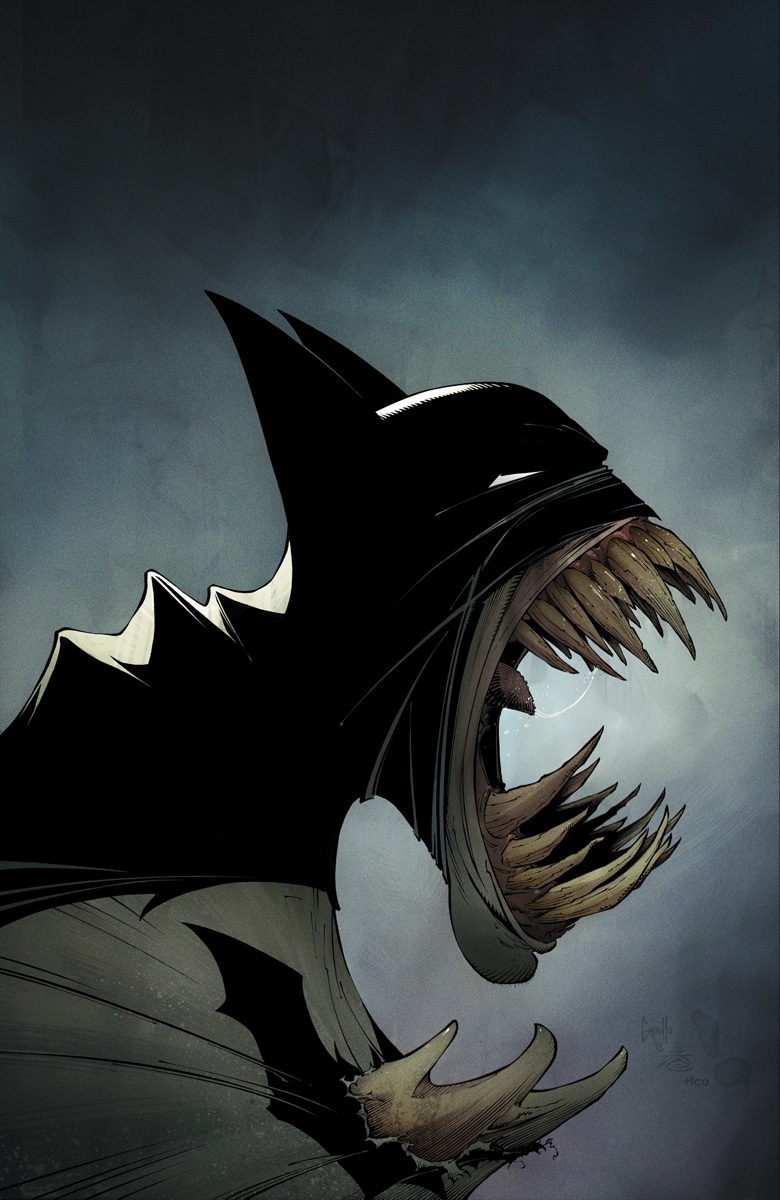 The massive ‘Zero Year’ story reaches another milestone, and the relationship between Commissioner Gordon and the Dark Knight grows more complicated in “Batman” #27. 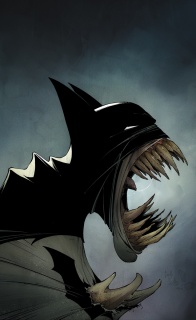 “ZERO YEAR” reaches an all-important crossroads as Batman and Jim Gordon try to turn the lights back on in Gotham City. This issue leads directly into the final arc of Zero Year, which begins here next month!

The ‘Zero Year’ story has grown beyond a simple origin retelling, and is now a multi-layered saga of how the Batman first appeared in Gotham City and made his presence known. Snyder and Capullo have crafted a story that encompasses many different villains, both classic and familiar, and traces the evolution of the relationships that will define Batman. After the Riddler has caused a city wide blackout, Batman was forced to deal with the murderous attacks of the hideous Doctor Helfern aka Dr. Death.

After following the grisly trail of Dr. Death around Gotham, Batman tries to track down the villain’s lair, only to fall into a deadly ambush. The Gotham police appear and unloaded all their fire power on Batman, turning his cape into swiss cheese and blasting one of the ears right off his cowl. Batman barely escapes from the police, and only succeeds with the help of an unlikely alley: Commissioner Gordon. The embittered police Commissioner takes the opportunity to reveal his torturous past on the force, and the complicated history with Bruce Wayne. Soon Batman heads to a final confrontation with Dr. Death, but like everything in ‘Zero Year’, nothing is as simple as it seems.

Scott Snyder loves to play around with the history of Gotham City and its inhabitants. Whether it be the self-proclaimed Thomas Wayne Jr rewriting family history, the Joker recreating his greatest hits, or Commission Gordon telling the true story behind one of the defining moments in young Bruce Wayne’s life. Earlier in the arc, Gordon had seemed almost as tainted as the rest of the Gotham PD, with the same tendency to look the other way when it’s most convenient. As Gordon’s side of the story is revealed, it further establishes the point that nothing in Gotham is as black and white as it may appear. The flashback also shows the depths of corruption within the police of Gotham, we’re taking The Wire levels of depravity. It’s a long way from the bumbling past with Chief O’Hara and the rest.

One of the fun things about seeing Bruce’s early years in the cowl, is that he is as far from the Bat-god as he can possibly be. Young Bruce spends the first half-dozen pages of the issue getting the stuffing beat right the heck out of him. The costume, fresh off the rack, ends up in shreds and the cowl gets blown open, possibly foreshadowing the present small-horned look. Snyder also uses the opportunity to explore Bruce Wayne’s infamous trust issues as his relationships with his allies have yet to evolve. At this point, it’s unclear if Bruce looks at Alfred as a friend, employee, tool, or little more than a painful reminder of the past. Snyder uses the past setting as a keen way to explore different facets from the character, and make it seem far more than a gimmicky origin.

Greg Capullo is a master of the dark and gritty, and the second of three arcs within ‘Zero Year’ has certainly given him the opportunity to show that side of his style. Dr. Death and his victims are as horrifying as anything Capullo illustrated in “Spawn”, and the sequence involving the pitbulls demonstrates that real life can be just as horrible. The way that Capullo renders Jim Gordon is visually gripping. He is able to affect the emotions on Gordon’s face with tremendous skill, especially in the aforementioned flashback, where he is absolutely heartbreaking.

Despite the fact that Dr. Death doesn’t even appear in this issue, the motif of bones and mortality, is very present in the story. After Bruce tracks down the Death’s hideout, he must traverse through the old Gotham City catacombs, filled with rows and rows of tombs. There are 206 bones in the human body, and you’d swear that Capullo illustrates ever single one in every single skeleton that fill the catacombs. It’s that attention to detail that makes these locations, and the ensuing terror and danger, very real. And Capullo can draw a purple gloved Batman that looks so good you’ll wish the Dark Knight wasn’t always so adversed to color.

With this issue, another chapter of the ‘Zero Year’ arc nears it’s conclusion, but the story keeps getting bigger and bigger. It’s not just about how Bruce Wayne put on the cowl, but about how the Bat-family first started to evolve, and how Gotham became the city of the Bat. Scott Snyder has weaved a multi-layered tale that encompasses many different elements of the Bat-universe, and Greg Capullo’s art just keeps getting better and better. ‘Zero Year’ takes a one issue break next month, but it will only serve to heighten anticipation for the story’s world defining climax.

Final Verdict: 8.0 – The backstory of Bruce Wayne, Jim Gordon, and Gotham itself comes into focus, and it only proves that Snyder and Capullo have something big planned for the conclusion.