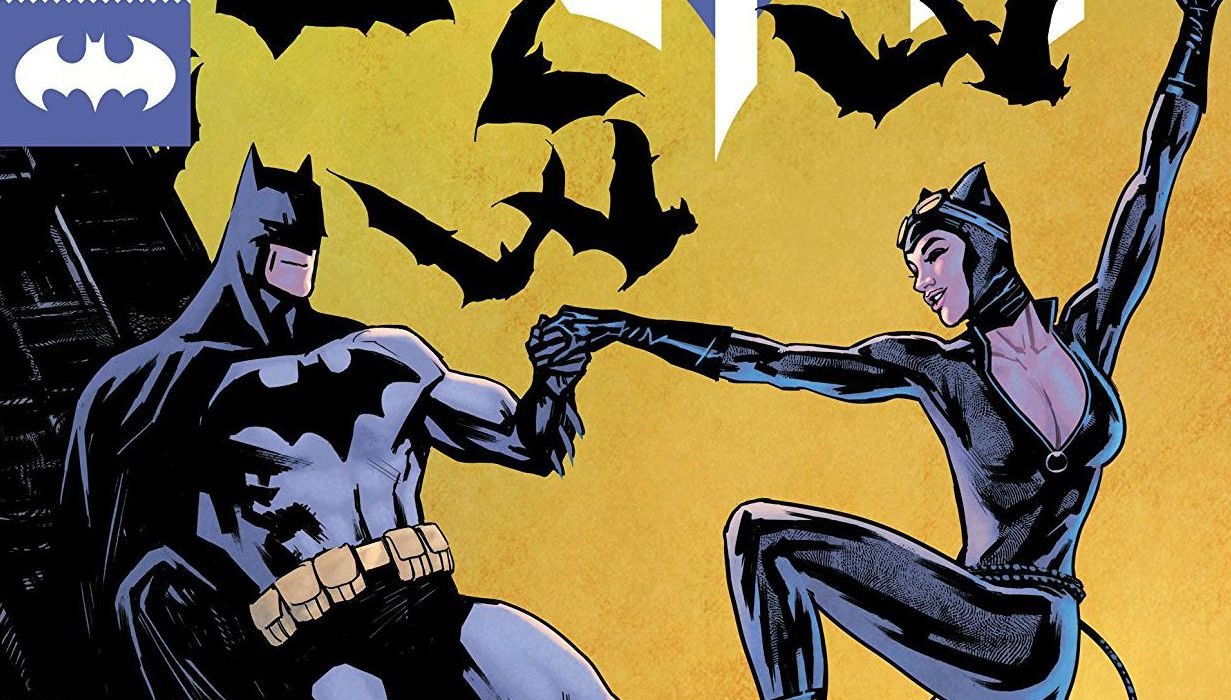 With issue #69, “Batman” wraps its divisive ‘Knightmares’ arc, a deep psychological trip down Bruce Wayne’s mind. But, can the story rise to meet the tremendous art, shedding away some of the excesses of past entries? 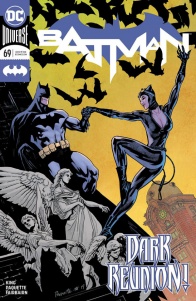 The Dark Knight is breaking through the bad dreams and coming out the other side. But is he ready for the culprit waiting through the veil of terror? And what lasting effects might this whole ordeal have on Bruce Wayne’s psyche? With artist Yanick Paquette (WONDER WOMAN: EARTH ONE) jumping on board to tackle the art, “Knightmares” comes to a shocking close. This will be the strangest issue yet—a no-holds-barred journey through Bat-man’s psyche via the inner workings of Arkham Asylum, setting up the next big chapter of Tom King’s epic BATMAN tale. Batman’s future starts now!

The ‘Knightmares’ arc has generated a lot of debate among fans, and perhaps for good reason. After all, the previous arc ended on a climatic cliffhanger, with imminent answers to some of this series’s most pressing mysteries, just to dovetail into a character-driven, psychological study. Several of the arc’s entries have been excellent on the visual department, but lacking in terms of narrative storytelling and plot evolution. That balance between the introspective and the lingering mysteries, however, comes full circle on this final issue, to great success. Mild spoilers ahead.

Saying some obvious things first: Yanick Paquette is one of the industry’s best when it comes to page and panel layout, really leveraging on the medium’s core capabilities to deliver something truly unique. “Batman” #69 is divided in two sections, one set in the ‘real world’ (where Bane and a certain member of the bat-family spar), and another in the mindscape of Bruce Wayne, on a long dance journey with Selina Kyle, a.k.a. Catwoman. Paquette divides his attention in two styles.

On the first one, the artist uses a very traditional page layout, with grids upon grids, following a fighting sequence between two brawlers. Note how the lines separating panels have an extra width to them, reinforcing the sense of reality, and also of the fierce strength these two fighters posses. Those sequences are aptly delivered, with the drawings within the panels being precise, brutal and very clearly delineated.

The other section of the issue is anything but solid, firm or pre-determined. Instead, Paquette choose to use full pages layout, with smaller panels spread across the canvas, calling attention to specific moments or situations. He does so on a thematic music scoreboard motif, so that Batman and Catwoman appear to be dancing both on the imaginary scenario they are in, but also across the music itself. These pages are gorgeous to look art, have a sense of fluidity to them, of movement.

Colours by Fairbairn are very well aligned with that style, with different palletes for each situation. On the real world scenes, colors are grounded, earthly, especially on skin tones and environments. On the dream sequences, the music scores are predominantly blue and purple, with the actual portrayal of Bruce and Selina being diverse and imaginative in terms of dress colors and backgrounds.

On King’s plot and script, what had been missing from past issues comes back in spades on “Batman” 69, to the point it even redeems some of the apparent hodgepodge elements introduced earlier. Through Batman’s introspection, readers get to understand how some smaller components of the arc really come together on the broader puzzle, so revising these past issues will now carry much more meaning. Perhaps the entire arc would read better in a collected volume, but even as a stand-alone entry, this particular issue carries a lot of power.

First of all, the dialogue between Batman and Selina is heart-breaking. Yes, that is not truly Selina, but rather a mental projection of her inside Batman’s mind, but it rings so true, so known, that it works. The crux of the issue is the exploration of Batman’s greatest fear, the one thing that would make him wake up. And while this review will not reveal that here, rest assured that it is meaningful, singular, sublime even.

The other bits of dialogue among Bane and that certain other member of the “bat-family” is more conventional, but it still paints a lot of insight on the mind of the villain during his magnum opus, and the reasons why his sparring partner is so bent of supporting his plan. It reveals nuances and rationale as to why things are moving forward the way that they are, without relying on exposition.

All in all, “Batman” #69 is just as redeeming for the ‘Knightmares’ arc as the story itself is for Batman as a character. Working like the frame for a complex puzzle, this issue resets much of what came before into a powerful new meaning. Combined with the absolutely gorgeous illustrations of Paquette and Fairbairn, this issue is one of Tom King’s best.

Final Verdict: 8.7 – By better juggling character exploration and art with plot evolution, “Batman” #69 is the most balanced issue of the ‘Knightmares’ arc, offering a full package of story and art to its audience.