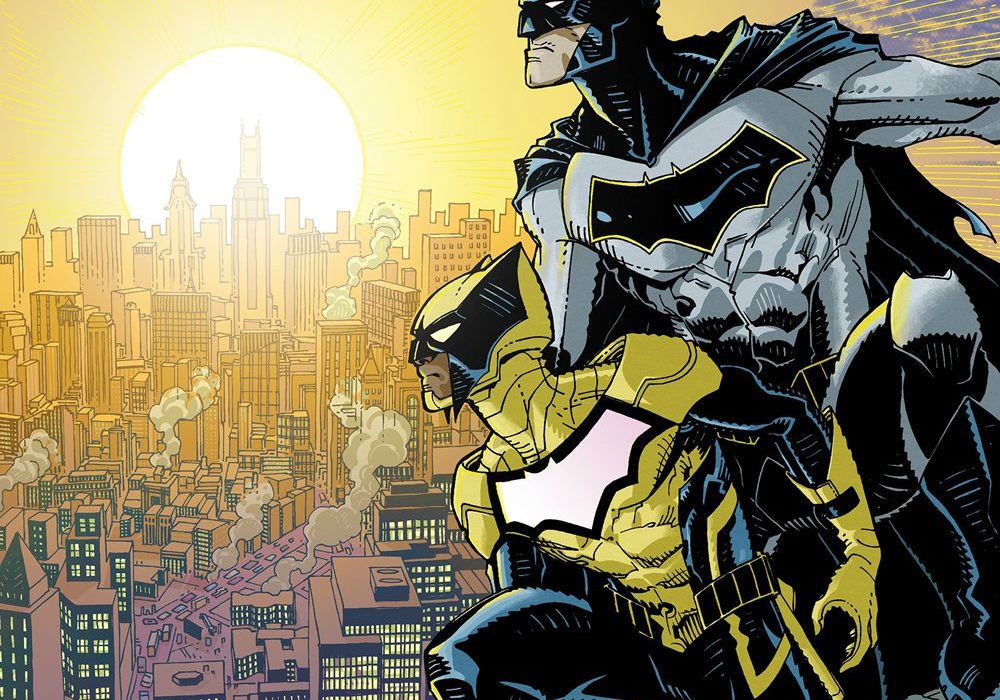 The comic history of Duke Thomas might be brief when compared to longer-lasting characters but since his introduction in Snyder’s and Capullo’s “Batman,” he has made quite an impression across the DC universe. From that original arc in ‘Zero Year’ to the “We Are Robin” series to his presence in “Dark Nights: Metal” and “All-Star Batman,” Duke has developed a following who can now sink their teeth on a three-issue limited series, starting this week. Duke has been portrayed so far as a resourceful young man, confident on his skills and desire to do good, so hopefully “Batman and The Signal” will play into that.

So is this limited series any good? If the first issue is any indication, the jury might still be out. While the story’s premise by Snyder and Patrick is interesting, there might be too many “first issue sins” preventing readers from becoming fully invested more quickly. But onward we go! 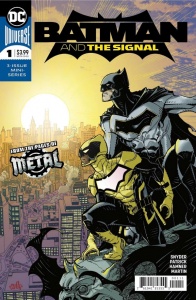 Batman may own the night, but with new villains emerging during the day he needs an ally to defend the city when he can’t. Only one teen is up to the challenge, Duke Thomas. After months of training, he’s ready to step out of the shadow of the bat to become his own kind of hero. Meet Gotham City’s newest protector: The Signal! Spinning out of adventures in ALL-STAR BATMAN and WE ARE ROBIN, comics superstar Scott Snyder and newcomer Tony Patrick take our young hero to new heights in this exciting miniseries with artwork by Cully Hamner.

From the start, Patrick is wise to joke about yet another series focused on the Bat-universe. Duke himself questions the need for his presence, the purpose of his journey, amid so many dark-clad heroes serving Gotham. The premise of the ‘Signal’ involves what really happens in this city during the daytime and what new dangers are becoming apparent as young adults and teens start demonstrating meta-human powers, not unlike Duke’s. That hook is different enough from the other series to make it compelling and to attract and expand Duke’s followers.

Where the script suffers is from the exposition needed to set every element on the board properly. Readers need to understand who Duke is, his extended cast, his powers, the new antagonists of Gotham-by-daylight, his relationship with Batman . . .  the list goes on. It is inevitable to remember this series was originally conceived as an ongoing book rather than a limited series, so the pacing might be off as Patrick tries to jam as much as possible in these fewer pages. Where it feels most jarring is on re-introducing characters from past series Duke was in: on these moments, new readers might get the strange feeling that, despite there being a lot of exposition on the page, it still isn’t enough to make such a strong connection with this cast as the writer might had hoped for.

Having said that, there are interesting concepts. The possibility  Duke might be more connected to this insurgence of new meta-humans in Gotham plays right into his already guilt-ridden personality (first, with his parents, now with this new generation of super-powered individuals). The new corners of Gotham readers will explore, not only in terms of physical spaces, but also how certain characters behave during the day (there is a particularly effective bit with Commissioner Gordon) shows promise. And the implications of the Signal’s powers and how they can be put to offensive, as well as detective-based uses shines through.

Over at art duties, the illustrations by Cully Hamner and colors by Laura Martin blend well together. For a series that requires a new way of looking at such familiar surroundings, the duo had a challenge in front of them they certainly defeated. Duke has a specific fighting style that is kinetic without being super-humanly fast and the art certainly finds way of showing that. Perhaps what is more interesting is the choice of colors and layers when showcasing the Signal’s “light-tracking” meta powers and Null’s (the primary antagonist so far) abilities. Duke’s powers are, at least for now, subtle, so the art conveys them almost as if readers share the same viewing layer as the hero does. The opposite is true for Null, with more bombastic and grandiose powers, where an inverted color scheme works really well to frame that contrast.

The issue ends in a cliffhanger that loses some of its impact since readers know for a fact Duke will continue his adventures on subsequent issues. The hero’s insecurity towards his abilities and goals is a common super-hero trope, but here it is played a bit too often, crossing that thin line between making readers relate to the protagonist and finding such protagonist weaker.

Final Verdict: 7.0 – “Batman and The Signal” #1 introduces a lot of interesting concepts that should keep readers invested for the duration of this limited series. However, while the art is a high point worth commending, the script’s pacing suffers from multiple exposition fronts. Here’s hoping that with this out of the way, the next two issues of the series will become stronger.