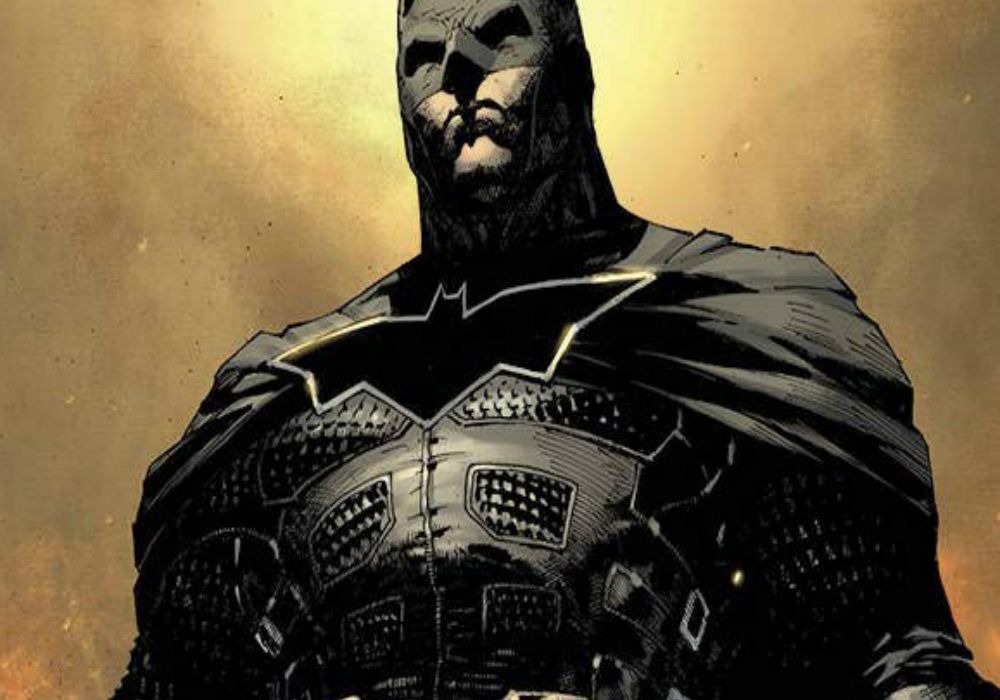 Batman and company become fully entrenched in the supernatural in the journey to save Gotham’s soul, but is any of this worth it? 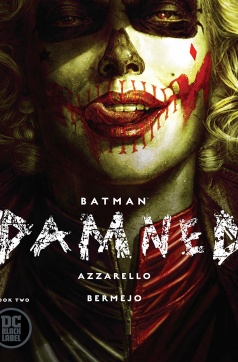 Cover by Lee Bermejo
Written by Brian Azzarello
Illustrated & Colored by Lee Bermejo
Lettered by Jared K. Fletcher
The search for the Joker continues. Although all signs point to him being dead, possibly at the hands of The Dark Knight, there is something off about the whole situation. Batman reluctantly and unwittingly teams up with random members of Justice League Dark to discover the truth.

The second issue of this miniseries continues down a path of sadness and nightmares. An anguished Bruce, convinced that the Joker is alive, receives nothing but confusing help from the supernatural side of things. John Constantine tries to point him in the right direction, but in true Constantine fashion, things do not go as planned. Sending him to a man calling himself J. Blood, who turns out to be Etrigan the Demon in the guise of a rap artist. Etrigan feels nothing but contempt for Batman and has no desire to help. Deadman shows up and just makes things worse for everyone involved. And Enchantress slithers out of the darkness spouting riddles that Batman can’t put together. Once again the Caped Crusader is alone, even when surrounded by people he hopes have answers. It is aimless and truthfully, absolutely pointless. Nothing more than a vehicle to cram these characters into the narrative. These jumps between side-characters and situations happen so quickly that it is an unintentionally funny whirlwind. We are introduced to someone and immediately whisked off to the next person or problem. It becomes silly and that is unfortunate.

The longer Azzarello and Bermejo craft their version of Batman, Gotham, and whoever else from the DC Universe they come in contact with, the more unsettling everything becomes. There is not a moment’s peace for any of the characters, nor the reader. Even without the magical or mystical, Azzarello writes this story like a dark fantasy. While looking for the true fate of the Joker, Batman is placed into a Dante’s Inferno scenario; traveling through the levels of Gotham. Because no matter where in the city you go, the underworld is waiting for you. Unfortunately the end result is not as deep or meaningful. The issue is filled with pointless interactions, seemingly unconnected events that are thrown together, and very little in the way of actually making our way to the truth of the Joker’s death. Endings are important, but in all the best stories, the journey is what makes them matter. It needs better material to have it matter here. We need far less filler moving forward.

For using such a small amount of dialogue, Azzarello’s writing is as bloated as it has ever been. Trying to feel more important than it is. This is an issue with a lot of his work. Here, he tackles ideas that have been so overdone that it is unclear what he hopes to gain by writing this story. What if Batman went too far? What if Batman became a personality rather than just a crime-fighting character? Taking over and dissolving Bruce away completely. We are also thrust into uncomfortable flashbacks of a broken Wayne family. Thomas is a cheating and absent father/husband, Martha is a depressed housewife sending private investigators after her husband, and Bruce is an angry little boy witnessing these problems, unable to process them. He points a toy gun at his crying mother’s head out of anger and is immediately, and properly scolded. Is Azzarello really telling us that his mother screaming to never point a gun at someone the real catalyst for him never picking one up as Batman, instead of the fact that he will eventually see his parents gunned down in front of him? And while these things make sense as a piece of what makes this Batman who he is, they absolutely should not be the key to what makes him tick. This subplot fails miserably. I don’t know what Earth in the Multiverse this is, but it is not one I hope to revisit often.

There is a problem with various books and imprints labeled as for Mature Readers. Many times, rather than writing something for adults with deeper meaning based on experiences that no child picking up a comic would or could appreciate, they take sex, violence, and stereotypes with a blotting of a real idea and pander to the ogling twelve year old in all of us. Because I’m at the risk of sounding too ‘prude on a soapbox,’ I love sex and violence in all mediums, but you have to do it the right way to suit the story you are trying to tell. I had higher hopes for this after the decent first issue.

Lee Bermejo’s gritty, photo-realism is once again the star of this book. His take on the Batman perfectly walks the line of superhero and tactical soldier. The detailing on his armor, boots and cape are just a few of the things that make it one of the best versions of the character. He gets the idea of a man needing body armor and equipment to protect him. He isn’t a super-powered alien or invulnerable meta-human. From a standpoint of appreciating his talent and art as a whole, I love the world he is building, even if not all of the character designs work for me. His Gotham City perfectly suits this Elseworld, and like the version of the Arkham video games, is a nice blending of the sleek, modern cityscape, and dilapidated, Gothic style made popular by Tim Burton. If there is a main reason to continue picking up this book, the artwork is it. Fletcher’s lettering is great and does keep up with the energy of this story. It’s vibrant and kinetic. Changing shape with characters and inflection. Moving between text box and hand-written styles does make for an interesting read. It truly captures how the dialogue should be read. Out loud and powerful or quiet, raspy inner thoughts. Making the thoughts of this sad, angry Batman feel exactly that.

“Batman: Damned” #2 is, like all of Bermejo’s creations, gorgeous and a treat to pore over the artistic details, but Azzarello takes a simple story and turns it into an over-packed, self-important mess with a need to make things meaner and overbearingly pretentious. This issue is a mixed bag. It isn’t a total loss by any means, but it should be better coming from this creative team.

Final Verdict 5.5 – Brian Azzarello’s writing gets dark and uncomfortable just for the sake of it, but Lee Bermejo’s incredible art continues to stun and carry this collaboration.