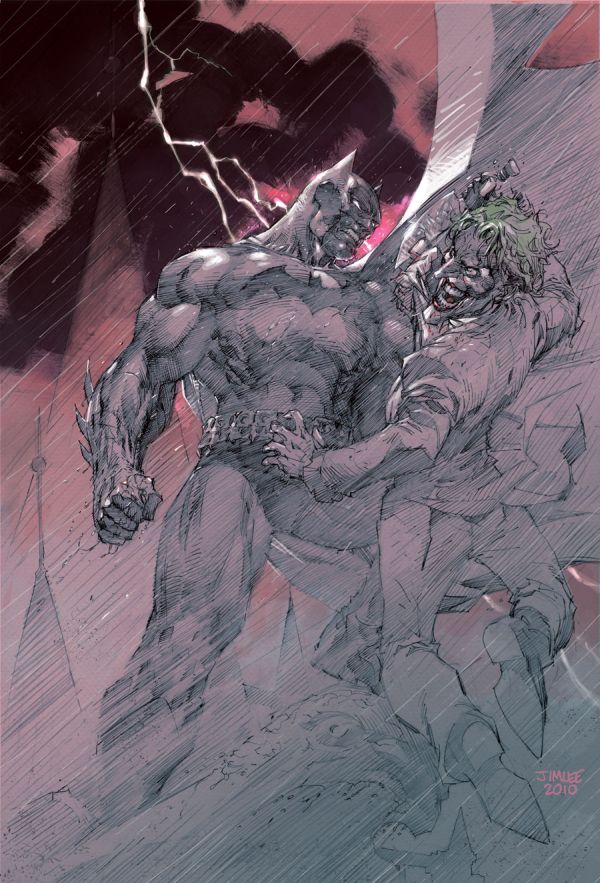 After years of waiting, “Batman: Europa” finally hits shelves! Check out our review below and be warned of some spoilers for the comic and any Bat related video games from the past four years. 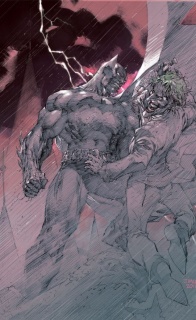 Superstar artist Jim Lee returns to the Dark Knight with this premiere issue! The impossible has happened and Batman is on the verge of being taken down by an enemy he cannot defeat: a virus for which there is no cure! And the only hope for his salvation is The Joker! Who infected Batman, what does the Clown Prince of Crime know, and how will the Dark Knight get that information? Together, the enemies crisscross Europe, desperate to find answers before time runs out.
Co-conceived by Matteo Casali and Brian Azzarello, this 4-issue miniseries event will feature art by top talents over layouts by the incomparable Giuseppe Camuncoli (HELLBLAZER, Dark Wolverine), with the first issue pencilled and inked by none other than Jim Lee!

A couple months ago, I had the chance to review “Captain America: White”. Long story short: it wasn’t my cup of tea. “White”, like “Batman: Europa” had been in the works for a decade or so and in the time between its announcement and release its story has been made insignificant by another creative team that just did it better. For “White”, Jeph Loeb and Tim Sale had to deal with the fact that Ed Brubaker’s entire run on “Captain America” was about the trauma surrounding Bucky’s death (and revival). They made a movie about it, you may have heard of it. Likewise, “Europa” has to face another story that came out and knocked its premise out of the park.

The basic premise of “Europa” is that the Dark Knight has been infected with a virus that will kill him within a week. Unfortunately, the Joker is suffering from a similar disease and Batman must team up with his deadliest enemy as they both try to find a way to survive while their bodies shut down. Honestly, it’s a great premise which is exactly why Rocksteady ran with it almost word for word for 2011’s Arkham City. (Wow, looking at 2011 graphics is weird.)

Now, it’s not fair to say that Arkham City or “Europa” tried to steal each other’s plot. Like “Captian America: White”, the world moved on without the delayed “Europa” and a similar story sprang up in its place. This kind thing happens all the time, no harm no foul. But while “White” felt like a bit of a relic for not trying to react or work around the environment created by the story that succeeded it, “Europa” has more to it than the virus storyline. Unfortunately, it’s not nearly as vital to the comic as I would like it to be.

The ostensible reason for why “Europa” was even thought of was to bring on European artists to create a European vision of Batman. Jim Lee illustrates this first issue and even though the guy who drew the cover to “X-Men” #1 is as Not-European as you can go, there’s a muted quality to his work here that’s actually really engaging. Giuseppe Camuncoli is in charge of the layouts for this whole series and, with Lee, he creates an incredibly unique looking Batman book that focuses on the city of Berlin. There’s entire narration boxes that go along with Lee’s depictions of Berlin’s landmarks, waxing on the city’s violent history that are really rather touching. The problem is that those moments only take up a little bit of time before we’re back to following mobsters into hideouts, stumbling onto rooms littered with dead bodies left behind the Joker, and smashed windows. Maybe that’s just because Lee is meant to be a starting off point before we see some more experimental stuff as we see more artists like Diego Latorre and Gerard Parel.

Still, the Where in the World is Carmen San Diego? approach to storytelling means that we only get one city per issue, which means that the minuscule amount of insight we see into Berlin is all we’re really going to get for future cities like Prague and Paris. There’s a real passion in exploring European cities present in “Europa” #1, so it’s sad to see that most of the comic still has to be made of regular Batman stuff.

Final Verdict: 6.8 – Visually, “Batman: Europa” is really dope, and that’s coming form someone who isn’t the biggest Jim Lee fan. Unfortunately, there’s too many Batman trappings that keep the comic from being the more experimental comic it wants to be.

Also, I didn’t want to bring this up earlier in the review but the opening few pages are just Batman and Joker post-fight with Bruce narrating about how they have each other’s blood on their lips and how “this time he’s ready to go all the way.” I want to take this moment to apologize to “Captain America: White” for saying it was about the secret relationship between Steve Rogers and Bucky because “Europa” is way more blatant about what they’re going for.