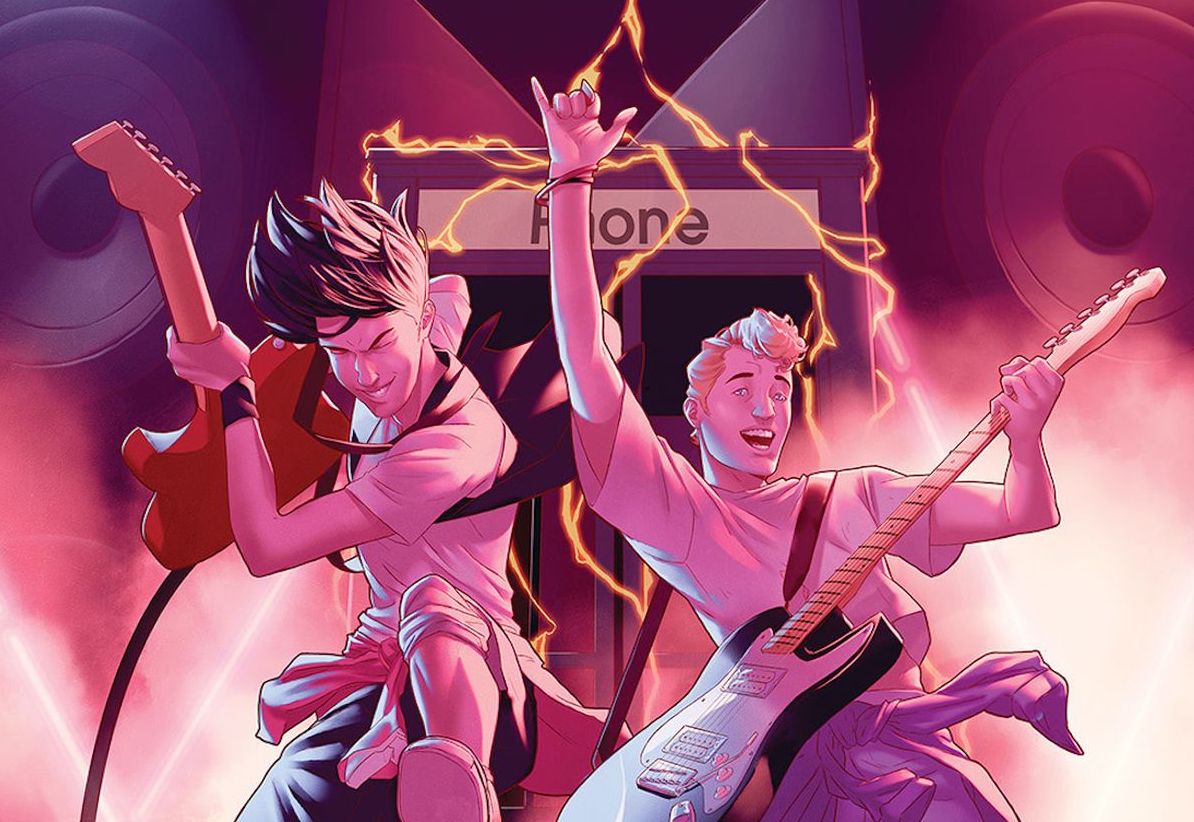 Radical! Tubular! A film! These words have defined the Bill & Ted franchise for years. Now, in 2016, Biran Joines and Bachan take the titular teens where they’ve never gone before: hell. Okay they went to hell in that second movie. but uh, they’re going back? Check out our spoiler-free review below. 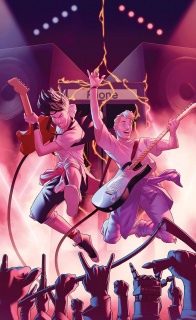 What’s to Love: It’s time again to be excellent to each other! We showed just how much we love Bill & Ted with 2015’s Bill & Ted’s Most Triumphant Return, and since 2016 is the 25th anniversary of Bill & Ted’s Bogus Journey, why not celebrate with a new mini-series that sends the lovable duo back to Hell?

What It Is: Bill & Ted are back for a brand-new miniseries, this time with the Imagine Agents team of Brian Joines and Bachan at the helm. Bill & Ted and the Princesses have to reunite with their historic friends to knock down the Devil’s door and get their friend Death back. With the help of Rufus, Billy the Kid, Joan of Arc, and more, this is the showdown that will rock the supernatural world. History vs. Hell. Too bad Hell has some surprises up its sleeve…

I made a very happy mistake when choosing to review “Bill and Ted Go To Hell” #1. No, I didn’t get anyone pregnant. I think. Valentine’s Day was pretty wild. But as someone who only saw the first Bill & Ted’s Excellent Adventure when I was in middle school, I wasn’t prepared for how in-depth Brian Joines and Bachan went when it came to referencing that movie and its sequel: Bill & Ted’s Bonus Journey. There’s the stuff you’d expect like bringing back the duo’s dad, their shared step-mom and even the Grim Reaper who befriended the boys in the second movie. But there’s also stuff I forgot about or didn’t know were a thing: like the robot who care for Billl & Ted’s hot wife babes and children.

“Bill & Ted Go To Hell” definitely feels like a love letter to the movies that launched Keanu Reeves’ career, not just in the way Joines and Bachan pull everything from the expansive Bill & Ted canon into one story, but in how the dialogue flows. Bill and Ted’s smart slacker talk is incredibly on point, somehow perfectly replicating the candor of how Keanu Reeves and Alex Winter spoke. It’s a consistent style that helps ground an absolutely insane story. Like, seriously, if Keanu Reeves had infinite money (which he might already have, to be honest), this comic is what Bill & Ted 3 would look like. An insane romp where logic is determined by running gags.

If you’re the type of person who doesn’t enjoy “random” storytelling, then you might not enjoy “Bill & Ted Go To Hell”, especially if you haven’t seen the two movies. The progression of events is questionable event, and can leave you with mental whiplash. But if you’re all for twists and turns like George Carlin bursting through the door because time travel told him to, then this is your bag.

It’s definitely a bag (is that how that phrase works) for anyone who appreciates visual comedy. Bachan’s is insanely energetic, perfectly capturing the manic pace the story moves along at. His art feels like “Rob Guillory’s with fewer easter eggs. Between suburban dad garages and portals into hell, Bachan covers a wide range of locales that all maintain a consistent aesthetic. He also does a lot of favors for the book’s villains who appear as demonic, scary threats. Even when those demon threats are old grandmas, Bachan captures them with a gravity that adds stakes to a story where Keanu Reeves and Alex Winters go back in time to recruit Abe Lincoln to fight Satan.

“Bill & Ted Go To Hell” is a perfect tribute to the classic movie franchise and a treat for anyone who loves pre-Crisis Keanu Reeves. It follows a completely deranged sense of logic, but it’s an insanity that works perfectly for a follow-up to a movie about two teens, their princess wives, and their TARDIS.

Final Verdict: 8.1 – A very funny comic that gives new life to a franchise that is never getting a sequel.