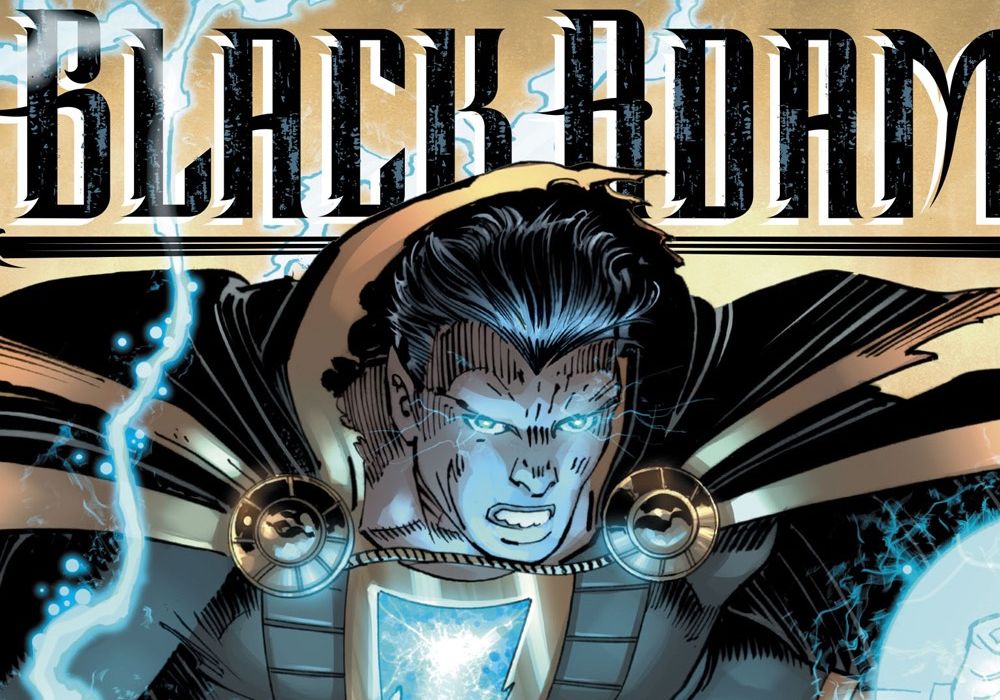 The most surprising person to be infected by the Batman who Laughs was Billy Batson. Since his reveal as one of the infected in the first issue of “Batman/Superman” #1 in August, I have been waiting to see more of Billy as the Infected King Shazam. “Black Adam: Year of the Villain” #1 finally expands on Black Adam’s role in protecting the country of Kahndaq from an Infected Shazam. The story is written by Paul Jenkins, a thoughtful creator behind some innovative ideas in comics like “The Sentry” and “Hellblazer.” The issue is drawn by artist Inaki Miranda who recently drew the “Old Lady Harley” series. Will the creative team be able to expand on Billy Batson’s role as an Infected Shazam while finding a natural place for Black Adam to operate within the DC Universe? Also, how will the dual events of “Year of the Villain” and “Event Leviathan” play a role in the story? 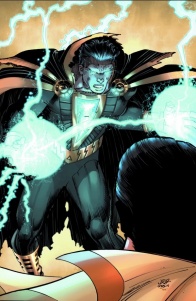 Spinning out of the events of BATMAN/SUPERMAN, Shazam! (infected by the Batman Who Laughs) invades Black Adam’s kingdom! His plan? To turn it into a playground for its new ruler: Billy Batson!

“Black Adam: Year of the Villain” #1 only lasts a couple of pages before making a clear political statement about the state of Kahndaq. Jenkins uses a non-linear narrative to open the issue with a conflict between Adam and Billy. Jenkins then introduces readers to the nature of politics in Kahndaq. The people of Kahndaq are growing restless and are looking to support a more traditional democratic government. Black Adam attempts to make his case to keep operating the government with him as a tyrant. Jenkins explores the complicated relationships Adam holds with the country and inspires real terror out of their interactions. Shazam quickly preaches his democratic ideals and readers are treated to an epic fight scene with political stakes.

Jenkins wisely adds more to the narrative than typical superhero conflict. Jenkins morally complicates the fight between the two heroes. At certain points in the issue, I was on Shazam’s side wondering if Adam’s oppressive regime was benefiting Kahndaq. Aside from a few interesting writing choices like the opening and political stakes, the issue felt slightly hollow. The majority of the story is a bloated fight sequence with a sparse build-up in the context of the issue itself. I would have like to have gotten to know more about the current state of Kahndaq before seeing Shazam interrupt the state of affairs in the country.

Artist Inaki Miranda is a solid choice for the issue. Inaki’s pencils are gritty and bring out really tense moments towards some of the fight scenes. His pencils did look inconsistent at certain moments with Adam’s facial expressions. Adam looks like a completely different person in some panels. Miranda seems to have an interest in drawing the Infected Shazam who looks incredibly expressive. The opening pages surrounding Shazam in a sea of lightning are some of the best pencils Miranda delivers in the entire issue. The grins Miranda draws on both Billy Batson and Shazam are some of the most inspired and energetic moments within the issue as well. The imagery of Kahndaq gives the story an interesting setting set outside of the typical DC locations. Miranda adds a lot of detail to the scenes that have elements of architecture.

Instead of being an obvious superhero story, “Black Adam: Year of the Villain” #1 strives to be more ambitious. The issue contains interesting points about democracy and gives Adam an adversary who is as strong as he is. While the issue is a fairly standard physical battle between DC Superheroes, the stakes of the conflict are high with Adam needing to secure his seat in power of Kahndaq. The issue could have benefitted from more plot building up to the clash of the two villains. Also, the story could have used a few more plot elements to widen the scope of the issue. The battle taking up the majority of the issue feels important but it drones on with a few unneeded twists. Jenkins packs in one too many of these twists in the issue making the last couple of story elements feel contrived.

“Black Adam: Year of the Villain” #1 has a few great ideas but hardly feels relevant or important in the context of the wider DC Universe. Jenkins was wise to craft a couple of political elements in the story to make it feel more diverse. I liked the build-up surrounding Black Adam’s struggle to keep the country of Kahndaq together from a political landscape. Having more build-up outside of the context of this issue would have greatly benefited the script. Inaki Miranda’s art shines in some of the moments of conflict with Shazam and Black Adam. A couple of sequences featuring the military talking or mobilizing their forces were imprecise. Also, Adam’s face varies wildly from page-to-page. Getting any sort of spotlight on the country of Kahndaq and the battle between Shazam and Adam is still a welcomed treat.

Final Verdict: 6.5 – “Black Adam: Year of the Villain” #1 is a derivative superhero battle with elements of political tension enhancing the script slightly.