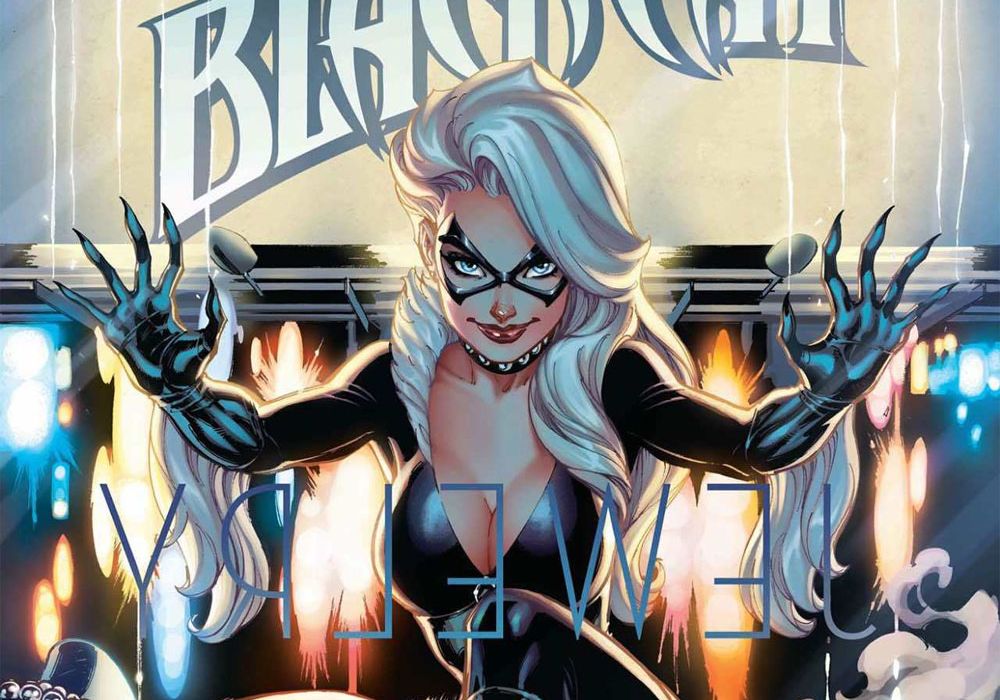 For a character with such a well-established history in comics, it is surprising that Black Cat has never had a solo series. Even more impressive is how this creative team delivers on that debut in a way that seems so effortless. 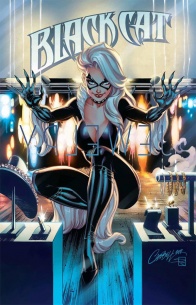 The Black Cat is back and starring in her first ever ongoing series! Felicia Hardy has a taste for the finer things in life and a certain set of skills that can get her into any mansion, vault or museum to…procure said finer things. But due to her actions in AMAZING SPIDER-MAN, Felicia’s not only on the run from the police but also by the New York Theives Guild and their boss ODESSA DRAKE! High-octane heists, climactic chases and twist after twist that will keep you on the edge of your seat like a cat on a perch. IN THIS ISSUE: Find out a secret from Cat’s past in a bonus story that sets a foundation for the future! All this and an all-new MARVEL MEOW short story by Nao Fuji!

Felicia Hardy, a.k.a. Black Cat, has been a seminal supporting character to Spider-Man comics for decades, sometimes in the roles of villain, some in the guise of love interest. She has also led some interesting main storylines, from dealing with her bad-luck powers, or her more recent rise to criminal boss status. What is remarkable on this first issue, is how well balanced her reintroduction is. All of the key components of Felicia’s personality are in there, a lot of the backstory is hinted at, but it is not exhaustive, nor done in an overly expository way.

Before going further into plot, there is a lot of positive aspects to comment on the art by Foreman and Reber. Foreman’s character design is expertly made, in the sense that it portrays Felicia as a sexy (yet not over-sexualised) woman, which contrasts with the far more mundane characters that surround her. It makes for an extra punch on how special Felicia is, and it makes her visually easier to connect to other characters (which will remain unspoiled) of the super nature.

Foreman also manages to add a lot of nuance in facial expressions, which is quite interesting to observe, given the more minimalistic nature of his line work. Since eyes and mouths are not exaggerated, Reber makes every stroke count. The back-and-forth between quieter moments and action is framed with inventive panel designs, shifting from broader to narrower viewpoints as he pulls the camera in and out. Another good use of specific panels is when Foreman introduces some of the supporting cast – and Felicia’s henchmen – almost as if in much-shot cards used by the police force. Those panels float across the page, as if tossed by an imaginary hand. Very innovative and subtle.

Reber’s colors match the story very well, with a mostly moody palette, set in the dark of night, but without being enveloped in darkness. His works shines the most on lightning, be it from the interior of a museum or on the headlights in car chase sequences.

Back to Mackay’s plot, “Black Cat” #1 wisely choose to avoid to dump a lot of baggage on its audience’s lap, just gradually adding elements that will surely be picked up in future issues. Rather than becoming bogged down by multiple interpretation of its lead, the writer selects what works best for the narrative and slowly brings new elements in, raising the excitement for subsequent issues.

In terms of story, this first issues reads a lot like the middle of a heist action movie, where most of the planning has already occurred, and things have yet to go really poorly for the so-called heroes. By bringing readers in at this juncture, “Black Cat” #1 adds a sense of mystery as to how the events unfolded the way that they did, and how Felicia actually pulled her plan out. It is equally compelling to see the supporting cast come together and start to show the signs of their relationship. Again, it feels organic and natural, with not a hint of forced dialogue.

At the end of it, when readers think they have the series figured out, it pulls another surprise card from its proverbial sleeve. That reveal, which this review will not spoil, is particularly great for longtime readers of Spider-Man, even more particularly of an era not that often revisited. It ended the issue in quite a high note, further driving expectations for its continuation. Also, note that there is a second story on the book, but one that is impossible to review with ruining the reveal at the end of the main one. Suffice to say it adds further explanation to what that ending means and who is involved.