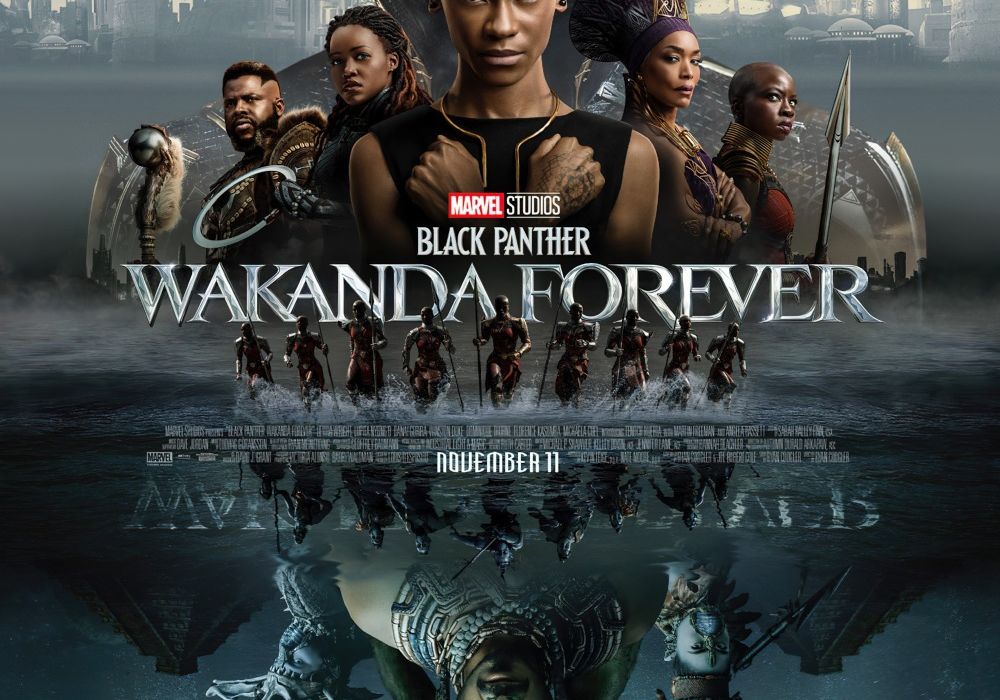 I have been trying to think about how to start this review for months. I mean, I just saw the movie yesterday but, there’s a lot of weight on this movie’s shoulders. The 30th film “has” to be a proper closing to phase four of the MCU which was partially seen as “underwhelming” just because it was a transition phase between sagas; it has to be a proper tribute to Chadwick Boseman; it has to be a good sequel; it has to introduce a good antagonist with a great backstory comparable to Killmonger’s, and this antagonist, happens to be one of the oldest characters of the Marvel universe. Also, we see the introduction of another “legacy” character with Ironheart.

It is also the first movie after all that controversy about the “bad” CGI (and worse treatment of VFX workers) in the most recent outings of the Universe, spearheaded by this movie’s predecessor with the infamous fight between Panthers in the vibranium mines, and continued with Thor: Love and Thunder. This was even joked about in She-Hulk‘s season finale. So, now Marvel has to deliver a movie with great visuals, all while bettering their relationship with effects companies. Did they succeed? As I said, a lot of weight in their shoulders.

In 2018, Ryan Coogler and company had big stakes. It was the first movie with Black audiences fully in mind, and it exceeded expectations. They gave us an incredible movie with a very political message and it showed what Afrofuturism is to the mainstream public and left a cultural impact not seen before in the MCU.

This time, they choose to adapt a very big character in the Marvel mythos, although, admittedly, with a relatively minor fanbase –personally, I have never heard anybody say that they are fans of specifically Namor. They put him in the context of a historical culture: What if Atlantis was part of the Mayan civilization? As Mexican, I’m very attracted to this idea. After all, multiple ancient civilizations have stories of lost cities. Of course, there has been a little backlash but those people seem to forget that the original Greek myth places Atlantis between the Mediterranean and Africa so, if they existed, they weren’t white people. Now, let’s talk about the movie.

The first and most important thing is that we have to be clear here: this is not an action movie. It is a moving drama about pain and grief on the lost of a loved one, the necessary change of our way of living; so, my best description of the movie is that it is a drama with action.

This movie is slow-paced; they don’t have any rush to show us big pieces. Instead we have brief action scenes between a lot of dialogue, and that is a good thing. I wasn’t expecting this from the MCU. Earlier, I wrote that the movie is the closer of Phase Four, but it is not concerned by that. It’s only concerned in telling its story.

Let’s talk briefly about the plot. Of course, I’ll avoid spoilers, but you can deduce this by watching the trailer: after the death of T’Challa, the Wakandian people have to deal with the personal and global repercussions, the world is seeing it as a weakened nation because the loss of the leader and the hunt for vibranium begins, but this threatens another nation: the Talokan, who are not willing to be revealed to the surface world…yet.

This triggers the action of the movie. Namor is a very powerful king, seen as the god of his people, and presents himself to the Wakandan royalty, queen Ramonda and Shuri with a proposal of alliance. The structure of the movie is similar to its predecessor‘s, or rather, builds upon it. Now that the world knows the secret of Wakanda, they have to protect they land not just from mercenaries but also from entire countries. Then we are introduced to an antagonist who rightly questions the structures of the world and their standing in it, as they have to deal with the consequences of that external force. But all of this is aggravated by the loss of T’Challa.

Every character deal with the loss of their king in different ways: anger, sorrow, acceptance. Shuri lost a brother and blames herself, Ramonda mourns her son and fears the loss of yet another loved one, Nakia left when The Blip happened and still has to recover from the death of her lover.

Of course, this is a political movie, and Namor’s motives are, if not justified, understandable. Both Talokan and Wakanda are lone nations against predatory nations. This is not only a critique of the US, France gets heat too. After all, Haiti and many African nations were first colonized and exploited by the French empire; and of course Spain is also mentioned – they are the whole reason why Talokan was born. The Mayans fled underwater to survive against them.

The performances in this movie are incredible. Letitia Wright inherits the titular role of Shuri and flows between big, angry emotions and introspective moments of doubt and reflection, as she deals with the big question: will she follow the tradition of the Black Panther? Or should it be left as a thing from the past?

Tenoch Huerta shines as the antagonist Namor. You can see him enjoying his role as he acts full of ego, – after all, he is a literal god – but also with charm and grace. He is willing to make friends, but he doesn’t have any problem if he has to destroy his enemies. There’s no in-between.

My favorite performance is Angela Basset as Queen Ramonda. She’s delivering a complete performance. She shows restraint against UN representatives and delivers explosive acting full of anger and fear of losing Shuri to the world, to the point of being almost antagonistic in the movie. She deserves a lot of praise and maybe with the proper campaign she could very well be nominated for an Oscar.

The rest of the cast is equally great, from Danai Gurira, Lupita Nyongo, Michaela Coen, Mabel Cadena to the rest of the cast, and it is amazing the effort they all put in their roles. I counted at least five spoken languages: Xhosa, Yucatecan Maya, English, Spanish and French. Maybe the least notable is Dominque Thorne as Riri Williams. Not because she’s bad, she’s actually funny, but her character works more as a plot device so we don’t see much of her by design. And let’s not forget that next year she’ll have her own show Ironheart.

Now let’s speak about the technical things. First of all, the set and costume designs are mind-blowing. We get to see Talokan, a gorgeous underwater world with little use of technology. Instead they rely on creatures like whales for transport and glowing algae to illuminate things. And of course, the star of the show is still Wakanda. In the opening scene (as seen in the trailers,) the whole town comes out wearing white to bid farewell to their king. It was a gorgeous image with very moving significance.

If we want to get picky, I think you can sometimes see the results of the pandemic on the filming of the movie, particularly with some dialogue scenes were there’s not an establishing shot before a shot-reverse-shot, which makes it feels disconnected. But this doesn’t mean that Coogler and cinematographer Autumn Durald Arkapaw were slackers. Instead they made up for it with a couple of long takes, heavy use of super-slow motion – reminiscent of the masterpiece Dredd – and colorful, vibrant scenes in Wakanda.

Ludwig Göransson came back for the score and he travelled to Mexico to try to approach Mayan music. This might be the most exposure this kind of music (or at least, the approximation of it) has ever gotten in cinema and the “cultural spotlight”. He also “curated” the soundtrack, and I tell you, this is an awe-inspiring list. He could have chosen top players from Mexican lists. Instead he chose artists that really do have something to say, and every music curator (either for festivals or playlists) should be envious of who Göransson got.

The truth is that, here in México, we don’t have any Mayan artists featured at all in our radio stations, and now we have Pat Boy and company rapping in ‘Laayli’ kuxa’ano’one’ for the blockbuster of the year; We also have music from lo-fi artist Foudeqush and folk artist Vivir Quintana (known for the feminist hymn ‘Canción Sin Miedo’), who sings during the origin story of Namor, to give much more depth (pun intended) to his story.

As you can see, I’m transparently biased in favor of the Mexican output, but we also have songs from African artists bringing their talent to the sounds of the soundtrack, mostly featuring slow songs with a lot of heart. And, of course, they managed to get Rihanna back to the music industry after 6 years with two songs, one of which is surely going to be the frontrunner on the Oscars for Best Original Song.

Overall, this is a gorgeous movie, with a compelling story about the struggles of dealing with oneself’s grief, both for the character, T’Challa, and Chadwick Boseman, the man; it was a beautiful tribute to him and his legacy. One of the most important ways for me to tell if a movie in the MCU is good is rewatchability, and this is a movie that I’m eager to watch again and again as soon as possible for the depth of its themes, the charm of the characters and the message it tells to the world. Black Panther: Wakanda Forever is one of the best movies of the MCU and of the year. 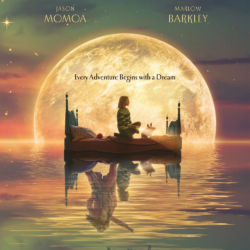 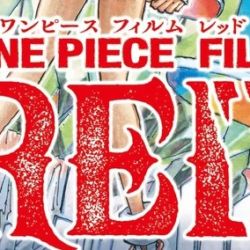 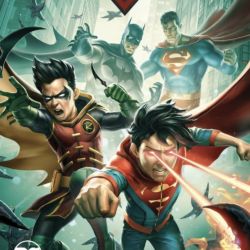 Batman and Superman: Battle of the Super Sons

Batman and Superman: Battle of the Super Sons is an animated film that loosely (very loosely) adapts Peter Tomasi and Patrick Gleason’s icon run starring the progeny of both Batman and Superman. Spoilers ahead.We are treated with an introduction to Superman’s backstory yet again, and yet this time with a small twist. As infant Kal-el […]