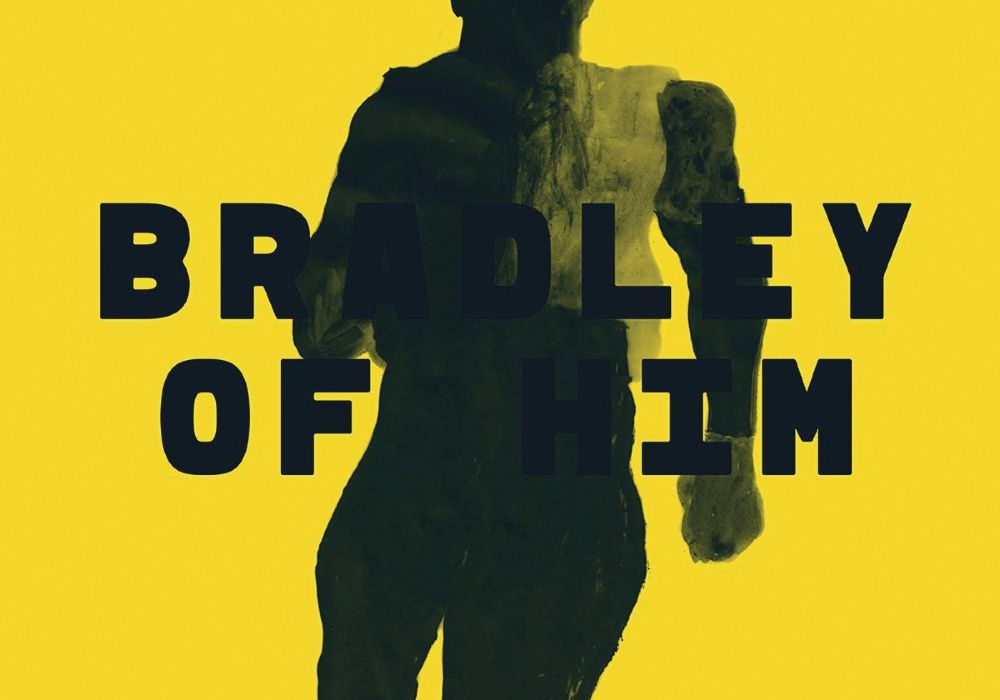 Where is Bradley Cooper running to? He’s wearing a moisture wicking skull cap and Oakleys, after sushi for breakfast he leaves his Vegas hotel, and speeds on foot into the desert. He won’t stop, or can’t stop. He flails and convulses as he sweats away his body, his shape loses coherence, he melts into the world around him. Connor Willumsen’s “Bradley of Him” takes us into a surreal vision of the life of an isolated star, sliding, almost anonymously, through an absurd, noisy world. 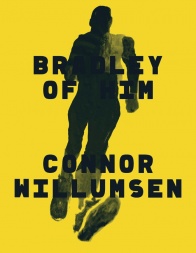 Cover by Connor Willumsen
Written & Illustrated by Connor Willumsen
Bradley’s gone running for a role, but his life is as hazy as a hot- road mirage.
A somewhat familiar method actor prepares for a role as long-runner under the heat and bright lights of a near future Las Vegas. The lines between character and actor are blurring under the verisimilitude of the Vegas strip, the desert sun and the impossibly shiny surface of Bradley’s shades.

“Bradley of Him” is not a book with much of a plot, the events that happen feel fairly arbitrary to the existence of the book. The protagonist, some fictionalised version of actor Bradley Cooper, is very passive, for the first half of the book he is just running through hills and desert, ignoring anything that might slow him down. Meanwhile, his narration is entirely separate to the action on the page, a letter to Robert De Niro forms a high minded monologue discussing the etymology of inspiration — the inspiration for inspiration — and the uncertain peaks and valleys of the actors’ lives and careers.

The different elements of this book are disconnected and feel strange put together, it’s absurd and at times jarring, it all overlapping and slopping together. There’s this lonely introspection of the narration, put against an uncompromising desire to get away, run with reflective sunglasses on into invincible desert oblivion. But we’re constantly pulled back, Willumsen will suddenly cut to an awards ceremony, where all the anonymity falls away. We return to Vegas for the second half of the book, to get distracted from the loneliness by casino lights and prizes to be won through games of random chance.

The chaos of Willumsen’s pencils are the same in both halves. As Bradley runs farther, his body distorts, filling more space on the page, occupying the same space multiple times, drawings on top of drawings, as he almost melts. While in the city, things like big casino prizes, like a bizarre car that catches Bradley’s eye, take on this big, distorted role, with images of them rendered on top of twelve panel pages, overpowering the characters’ role on the page.

It’s these pages that make “Bradley of Him” special, that made me excitedly gasp aloud. Willumsen’s approach to his pages often looks crazed and confusing at first, as I turned to a new page, it would take me a moment to settle into its shape. Multiple images looked like they were falling over each other, the space between them ill-defined, the size and composition unclear, lettering fighting for the same space as line art. So much of this book looks incredibly dense. But as you start to read the page, it transforms into something simple, clean, and airy. Willumsen’s panelling is done in tightly defined grids, but their borders have been erased, sometimes leaving a bit of a smudge but nothing concrete. You’re reading something that’s not there, it’s left up to us to decipher the smudges into narrative. Once you start doing that, it falls into place. You can see through the uncertainty and the haze, and find clarity. It’s the work that all comics ask their readers to do, normally we do it without question. What Willumsen has done here is put in this moment of hesitation to highlight what comics do as a form.

Just like us, Bradley Cooper has to find his way through the desert haze. At the start of his narration, he revels in his ability to find anonymity despite his fame, but he also loses himself behind a mask to do so, his face lost to those sunglasses. For a living, he occupies other lives, other names. In “Bradley of Him,” he had recently won an Oscar for playing Lance Armstrong, and at one point gives his name as ‘Lance,’ elsewhere, he introduces himself as Murray. As a performer, his identity becomes unclear.

Where is Bradley Cooper running to? The path ahead is not completely clear, what is ahead might just be a desert mirage. But we are running with him, and with each step, we see a little more of the things nearest us, and leave the performances of the past behind us. We can pretend to be other people, or be of ourselves, or maybe the line between those isn’t that clear.