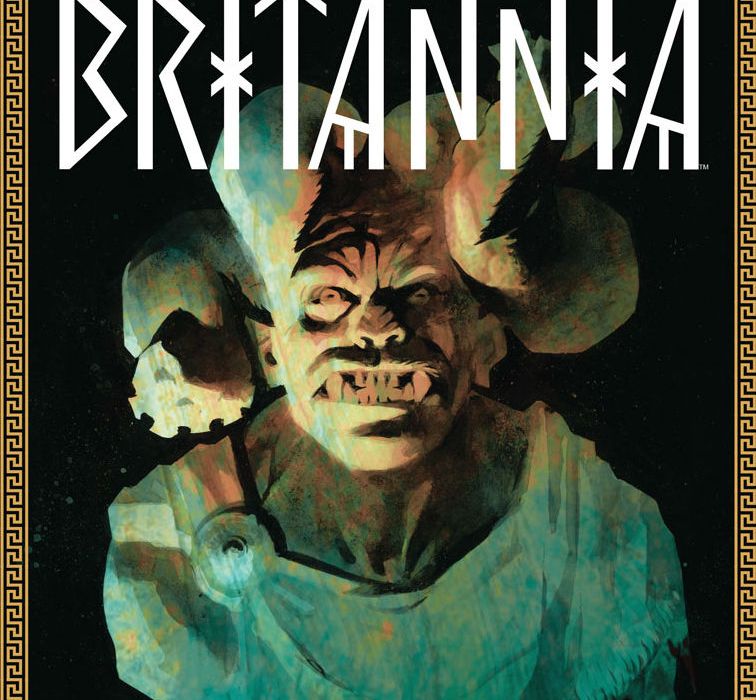 65 A.D. Emperor Nero sits the throne of Rome and all is madness. It is here that comes the story of Antonius Axia, who will soon be known as the World’s First Detective. How well does this story begin? Check out our spoiler-free review. 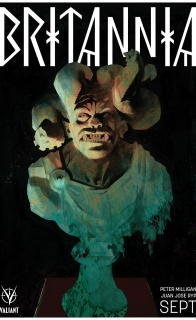 On the fringes of civilization, the world’s first detective is about to make an unholy discovery…

Ruled by the Fates. Manipulated by the Gods. Commanded by Caesar. In the year 65 A.D., one’s destiny was not his own. At the height of Nero’s reign, a veteran of Rome’s imperial war machine has been dispatched to the farthest reaches of the colonies to investigate unnatural happenings… In the remote outpost of Britannia, Antonius Axia – the First Detective – will become Rome’s only hope to reassert control over the empire’s most barbaric frontier…and keep the monsters that bridge the line between myth and mystery at bay…

I got to be honest, when Valiant did their “Future of Valiant” presentation to lay out the rest of 2016, “Britannia” was one of the two books I was still up-and-down on. Peter Milligan’s “Shadowman” wasn’t as great as it could’ve been and the idea of “Sherlock Holmes in Ancient Rome” was something I cocked an eyebrow at. Now that I’ve read the first issue, I’m definitely intrigued. This idea really does have potential, even if I feel it’s not fully there yet.

This book introduces us to Antonius Axia, a former Roman legionary who was given the knowledge of what would eventually become the basis of modern day psychology and criminology. Now, he is the world’s first detective, solving cases that the people of Rome believe are rooted in superstition and mysticism.

The thing about this issue is that it is dense. There’s a lot crammed into the issue and it skirts the edge of feeling cluttered but doesn’t go fully over. There’s the introduction to the setting (including some very nice introduction pages from Raul Allen & Patricia Martin), to Antonius himself, his personality, his supporting cast, the Emperor Nero (whose pitch black humor helps steal the show) and of course, Britannia itself and the potential weirdness going on there. That’s not even mentioning the little subtleties, the movements of power between the Vestral Ruibia and the Emperor. All in all, if we’re talking about sheer content, you’re certainly going to be getting your $3.99’s worth.

But sheer plot is nothing compared to a compelling protagonist, right? So let’s get to talking about Antonius Axia himself. I wasn’t too far off the mark with the whole “Sherlock Holmes in Ancient Rome”. Having such knowledge and surrounded by people who believe everything the will of some higher power has made Antonius a bit haughty. And not unlike the Great Detective, Antonius has a bit of his own vices, the drink as opposed to a seven percent solution of cocaine. That being said, there are some big differences. His relationship with his family is one of note, in spite of some of the sad circumstances surrounding it.

And Antonius does have someone to bounce off of. A much more level headed, and a bit more snarky foil in Bran. The Watson to his Holmes. And he’s also a slave. His slave. Oh right. Rome. Now, I’m just being (mostly) facetious. The two do have a very light banter of a relationship. You know, in spite of the whole Antonius owning him thing. Apart from that, a good relationship!

The big downer is that, as I said, this issue is incredibly dense, even for a forty-pager. As such, we have all these things being introduced but with but a bit of breathing room for most of it. It’s all interesting, but as it stands it’s a lot of forming the bone structure. It does just enough to entice one to come back for the next issue so… mission accomplished?

Speaking of bone structures (more specifically: them being maimed), let’s talk about the amazingly, sexy violent artwork. By that I mean the artwork is really good, not like in a misogynistic “Oh, I have been stabb-ed. Look at my boobs” way. I’ve said before that I actually came around to Juan Jose Ryp’s art very late. It wasn’t until he was paired with colorist Jordie Bellaire that I really started to get his art. I would describe it as kind of a looser version of Steve Dillon’s artwork. Where there is similar designs to their characters, Ryp allows more freedom to them, allowing for emotional inflection that feels a lot more natural. I also caught a bit of actor referencing here and there. Like, now it could just be because of Caligula, but I swear I could see a bit of young Malcolm McDowell in that Nero.

Now let’s talk about that violence! Because boy-oh-boy that is a lot here! This might be the most violent Valiant book I’ve ever read. It’s got stabbings, dismemberment, rotted corpses, throat slitting, a literal blood bath and so much. And it is all rendered in such great detail, helped along by Jordie Bellaire’s colorwork. I mean, what else can I say about her color work that hasn’t been said by so many others? It’s a masterclass in setting proper mood, whether it’s candle-lit late night working for Antonius and Bran or the fog shrouded moors of Britannia. They also further enhance the violence with such high contrast of colors between background with blood and… erm… meat. Simply put, there are no colors like them in the mainstream.

A final thing to note: at the back of this issue is an essay about the Vestal Virgins by Dr. Karen Hersch, a professor at Temple University. It’s a very intriguing work, discussing not only their history but in the context of the rights of women in the Roman Empire as well as discussing works as history and works as entertainment. It’s very well worth a read.

Like I said,there is a lot to unpack in this issue, and the art really does help not make it feel like a slough. It is definitely meant to peak the interest for greater things to come.

Final Verdict: 7.0- Great art combines with a load of plot threads to unwind, all with potential.

”Britannia #1” will be available September 21.