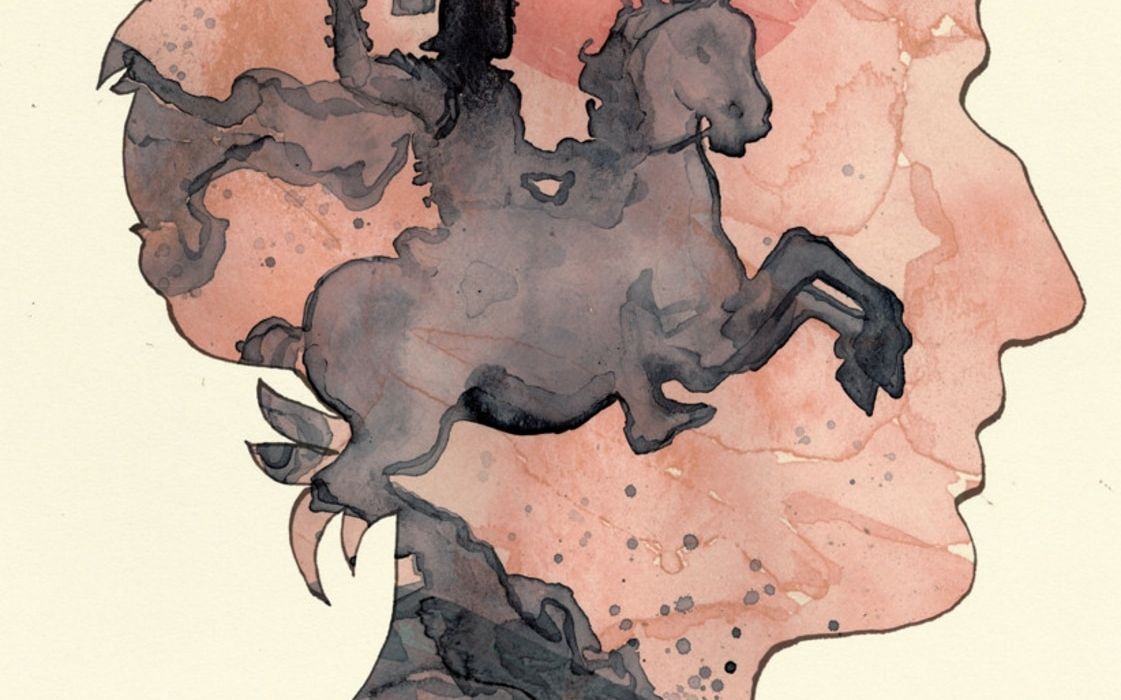 So much happens in this issue of “Britannia.” Most of it was awesome, but by the end I was sort of exhausted. Part of my thinks that the story could have been paced differently, but in the age of decompressed comics, “Britannia: We Who Are About to Die” #3 is refreshingly dense. 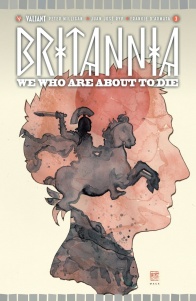 Wrath of the gods! The women of Rome march to rebellion! Magic and mystery continue to intertwine as the clock ticks down to Rubria’s final hours. Will Antonius Axia and his mysterious new partner-the brutal female gladiator known as Achillia-untangle the knots that threaten to hang the Roman Empire…or will Nero finally obtain the dark power he lusted for? As the beaten ghost of Apollo finally rises to cast his dark judgment on all of Rome, history’s first detective must act swiftly before humanity’s final hours slip into madness!

There’s no way for me to touch upon everything that happened in this jam packed issue, so I will focus on its successes and failures more broadly. In a nutshell, Anatonius Axia is hot on the lead to what’s making his son delirious, and his investigation takes him to every corner of Nero’s city of Rome. He fights in the arena, explores the Etruscan Catacombs, interrogates residents of multiple classes, and ventures into the haunted countryside. And that’s just Anatonius, the story also follows half a dozen other characters tied up in the mystery. Like I said, sort of exhausting.

Peter Milligan does a nice film noir. The fact that its a lovingly researched Roman film noir, a genre I’ve literally never seen, is a godsdamned delight. I’m a Rome nerd, and Milligan makes a number of interesting choices that let him show off his research. Film noir stories are often sprawling, so the breakneck speeds with which he takes us from one Roman locale to another serves the genre. If this was taking place in 20th Century Chicago, it would feel right at home.

The superstar this issue is Juan Jose Ryp. His action sequences are second to none, and there are a lot of them. The extended gladiator fight at the beginning is nothing short of stunning. He and Milligan do that cool Sherlock Holmes thing, where Anatonius narrates the fight as an intellectual. He fights smart, and both the art and the narration go deep into his and Achilla’s tactics as they fight Germans and later Romans. Colorist Frankie D’Armata gets to shine too, with color-contoured lines brutally blasting out of points of impact. In confusing crowd panels, the important characters are colored more vibrantly and the background fighters are given detail, but a washed out color pallete. Color me impressed.

Ryp also draws excellent faces. They are incredibly detailed, but exaggerated in a way that feels perfect in a comic book. Bulging eyes and bulbous noses aren’t exactly realistic, but they’re more expressive than you could get in a photograph. The only place he loses me is in the viscera (which there is a fair bit of). The exploding entrails are similarly expressive, but they look too dense. It grossed me out for one, but it also made something serious look more cartoonish.

Your affection for this issue will also hinge on how sick you are of hot chicks who could kick everyone’s ass. Achilla is lovingly rendered, and given a good deal of focus and development, but she’s nothing you haven’t seen a million times before. She’s badass and well considered, but I can see he being a turnoff to people who have seen this stock warrior woman type in every comic book ever. Still, the Rome nerd in me was drawn in by her complex Carthaginian backstory, giving attention to a people who often get forgotten when they aren’t stomping Rome on the backs of elephants.

“Britanna” occupies a weird place in the Valiant universe. To this day, there’s hardly an inkling of connection to any other Valiant comic. Nevertheless, it has a killer premise, a slick execution, and is telling a story unlike anything else, comics or otherwise. It’s a busy book, and maybe not to everybody’s taste, but if you like history, mystery, and political intrigue, you should be checking this one out.