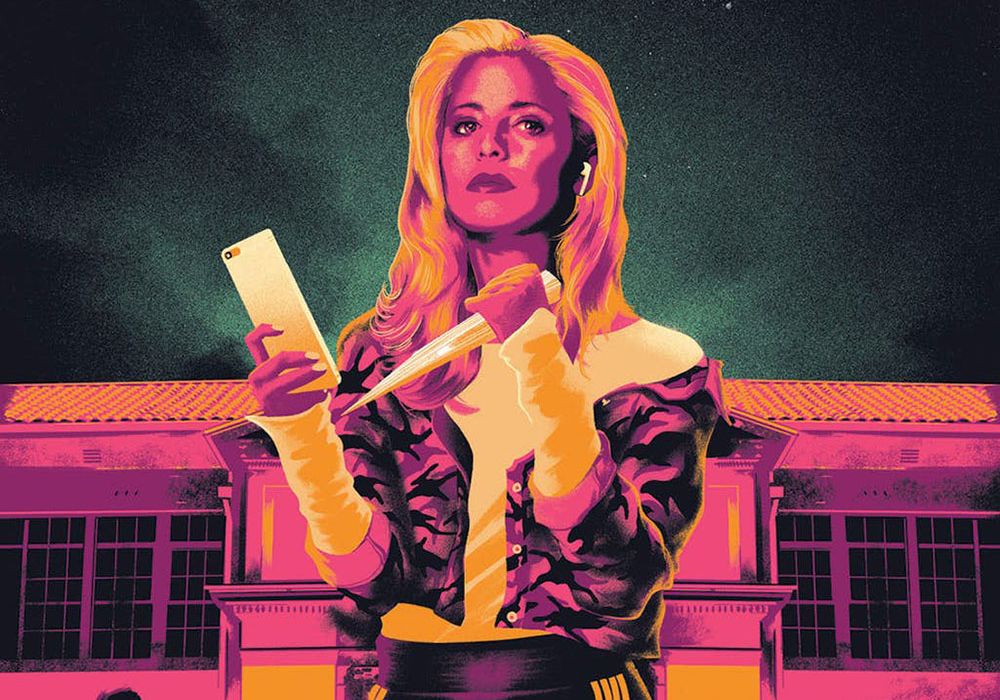 The task of rebooting anything with a twenty-year history is a daunting one, and inasmuch as a relaunch aims to attract new readers it must still appeal to fans of the original incarnation of the property. With “Buffy the Vampire Slayer,” Boom! Studios sets out to do just that by driving a stake into the heart of past incarnations in favor of a new take on the slayer from Sunnydale. But does it go far enough to distance itself from what came before in this premier issue? 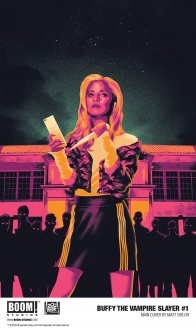 • Go back to the beginning as the critically acclaimed pop culture phenomenon Buffy The Vampire Slayer is reimagined under the guidance of series creator Joss Whedon.
• This is the Buffy Summers you know, who wants what every average teenager wants: friends at her new school, decent grades, and to escape her imposed destiny as the next in a long line of vampire slayers tasked with defeating the forces of evil.
• But her world looks a lot more like the one outside your window, as Eisner Award-Nominated writer Jordie Bellaire (Redlands) and Russ Manning Award-Winner Dan Mora (Saban’s Go Go Power Rangers) bring Buffy into a new era with new challenges, new friends…and a few enemies you might already recognize. But the more things change, the more they stay the same, as the Gang faces brand new Big Bads, and the threat lurking beneath the perfectly manicured exterior of Sunnydale High confirms what every teenager has always known: high school truly is hell.
• WELCOME BACK TO THE HELLMOUTH, FOR THE FIRST TIME!

The answer to the question posed at the beginning of this review is a resounding and unequivocal “I’m not sure.” Even though I remember when Buffy was introduced as a television series in 1997 (Sarah Michelle Gellar’s face was plastered on billboards all over Los Angeles) and even saw the cheeky Kristy Swanson film that preceded it in the movie theater in 1992, I cannot honestly say how this incarnation of Buffy diverges from the original story in any meaningful way nor can I say that it really matters.

Matthew Taylor’s handsome cover rendition of Gellar as Buffy does little more than reinforce the Created by Joss Whedon line on the book’s cover. In other words, reboot aside, this Buffy is clearly being made by and for people with a history with the character. So it raises the question, what does this book offer to those readers, and what, if anything, will it offer to those who can easily cue up all seven seasons of Buffy adventures (and the movie, don’t forget the movie) as well as the dozens of comics put out by Dark Horse that chronicled the further adventures of Buffy beyond the television series? And we’re not even talking about the TV spinoff, Angel, and the other associated Buffyverse comics? And is it even fair to saddle this premiere issue with such weighty expectations? Again, I have no idea, but it’s often the burden of licensed comics to be met with such difficulties. So, for better or worse, I’ll keep this simple and judge the book solely on the basis of what lies between its covers.

First off, Jordie Bellaire does a nice job of capturing the acerbic and quippy wit of her teen-aged protagonists in this first issue. Buffy is clearly the reluctant slayer who accepts her role while bucking against the tradition of previous slayers to maintain a level of discretion. This is evident in her scenes with Giles and her introduction to and budding friendship with Xander and Willow. The script for the issue efficiently lays down the stripped-down premise of the Buffy mythology for neophytes while presenting an escalating threat in the form of a final page reveal and some slayer-proof relics. It’s a crackling and fast-paced start to the series. If anything, the book almost moves too fast in an effort to set the stage for what’s to come, but it’s hard to fault Bellaire for wanting to skip ahead to the good stuff.

Mora’s art is precise, clean, and dynamic, and he manages to render Buffy in a way that evokes Gellar’s deceptively doe-eyed features without attempting caricature. The action scenes and settings are clearly communicated with Mora’s excellent eye for anatomy, architecture, and interiors, and Raúl Angulo makes sure to amplify the proceedings with largely bright and unmuddled coloring that effectively makes use of in-scene light sources in the moody and dark set pieces. Ed Dukeshire’s text message-style lettering for Buffy’s narration provides a subtle 2019 update as well, and Bellaire’s packed script gives him a lot to do. The issue does seem to be moving the property more into the noir-influenced high school aesthetic, a look that was pioneered by another late-90’s television series featuring a female hero, Veronica Mars, and positions it more in line with the Archie and the gang’s incarnation in Riverdale. You can almost hear the buzzing of the neon and fluorescent lights, and I have to wonder if Bellaire, a two-time Eisner winner for coloring, scripted the issue to take advantage of these types of creative choices. I wouldn’t put it past her.

In terms of story, there’s clearly an effort to update Buffy for 2019 afoot here, and Jordie and her editor, Jeanine Schaefer, have said as much. There is a tone of disconnectedness that seems to hang over the school scenes in the book, as if the students are moving about in their own bubbles. Buffy is a character that by her very nature is isolated from her peers, so it will be interesting to see how the creators play with the notions of life in the social media age and the pitfalls that it has created for today’s youth that were simply not present at the character’s origin. Unlike a property like The X-Files that flounders when set in today’s technology ubiquity, Buffy’s world should yield a myriad of story developments that no one could have imagined the first time around.

Judged solely on the merits of this first issue, Boom! Studios’s Buffy reboot gets off to a solid albeit safe start. The hope would be that Bellaire and her editors can maintain the spirit of the property while being unafraid to spiral off into new directions, telling stories that only the comic medium can. For now, there’s nothing about this first issue that betrays the character’s central appeal, and while that’s a good thing, an approach to telling the story of her vampire-exterminating crusade that’s unfettered to the past will likely serve the series’s longevity and make it more appealing to Buffy fans new and old.

Final Verdict: 8.0 – Boom! Studios’s “Buffy the Vampire Slayer” gets off to a nice start with a solid first issue that hopefully sets a course for more outlandish and creative risks to come.