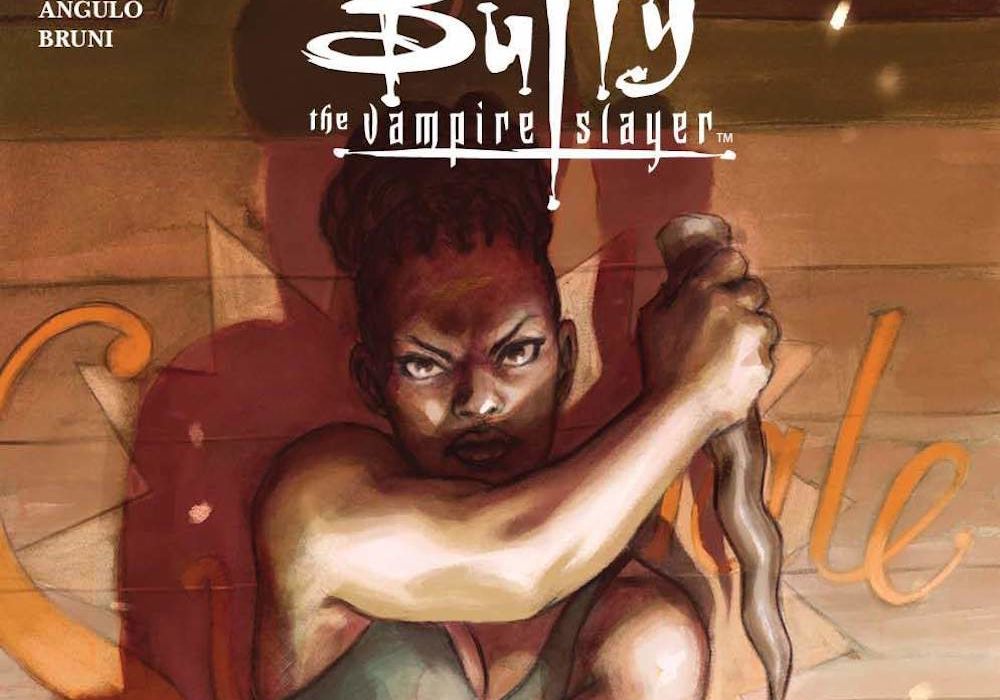 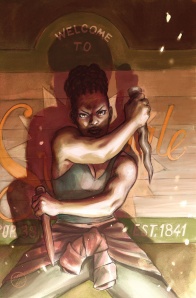 * After the shocking conclusion to Hellmouth, The Slayer must defend Sunnydale… AND IT’S KENDRA? * But as The New Slayer must confront an all-new threat to the ENTIRE WORLD, she’ll need to pull the Scooby gang together once more after what happened to Buffy… * WAIT…WHAT HAPPENED TO BUFFY? * The next big Whedonverse epic is here!

Bellaire’s script for “Buffy The Vampire Slayer” #13 brings a really simplistic, back-to-basics script for the series. Kendra was introduced in the comic book series as a supporting cast member. Taking the time to flesh out Kendra’s role in the series will enhance the enjoyment of future issues in the series. I hope Bellaire will stop and reflect on issues involving entire characters in future installments of Buffy. Kendra’s tale about being a Slayer in Jamaica who can be called to leave at any moment served to be a gripping character-focused narrative that will strengthen the reader’s enjoyment of the overall series. Bellaire’s incredibly focused and streamlined script is one of the very best in the overall series.

The ‘Hellmouth’ crossover got a little unwieldy and wasn’t able to touch on all the great aspects the series has built to this point. “Buffy The Vampire Slayer” #13 is finally able to deliver a stronger character-focused narrative that will serve to enrich the core series when we return to our regularly scheduled Buffy programming. Writer Jordie Bellaire and BOOM! Studios have done a great job researching the original series and remixing elements of continuity. Kendra’s supporting cast and character roster are still intact from the television series. Bellaire’s scripting streamlines continuity and Kendra’s history in a poignant manner.

“Buffy The Vampire Slayer” #13 is a great standalone chapter for Kendra. The series dives into an obscure aspect of the original television series. Bellaire picks an interesting time in Buffy continuity to bring Kendra’s past back into the limelight. The chapter can sit comfortably next to issue #7 as one of the best chapters of the comic. Going forward, I hope to see Bellaire take more chances and share more issues focused on single characters. I also hope that Kendra’s role in the main continuity will be better fleshed out in future chapters. Also, seeing some of the cast members from this issue be folded back into the main issue would be a work of magic for Bellaire’s future scripts. Rosemary Valero-O’Connell’s hauntingly beautiful illustrations make for the best set of “Buffy The Vampire Slayer” interiors yet.