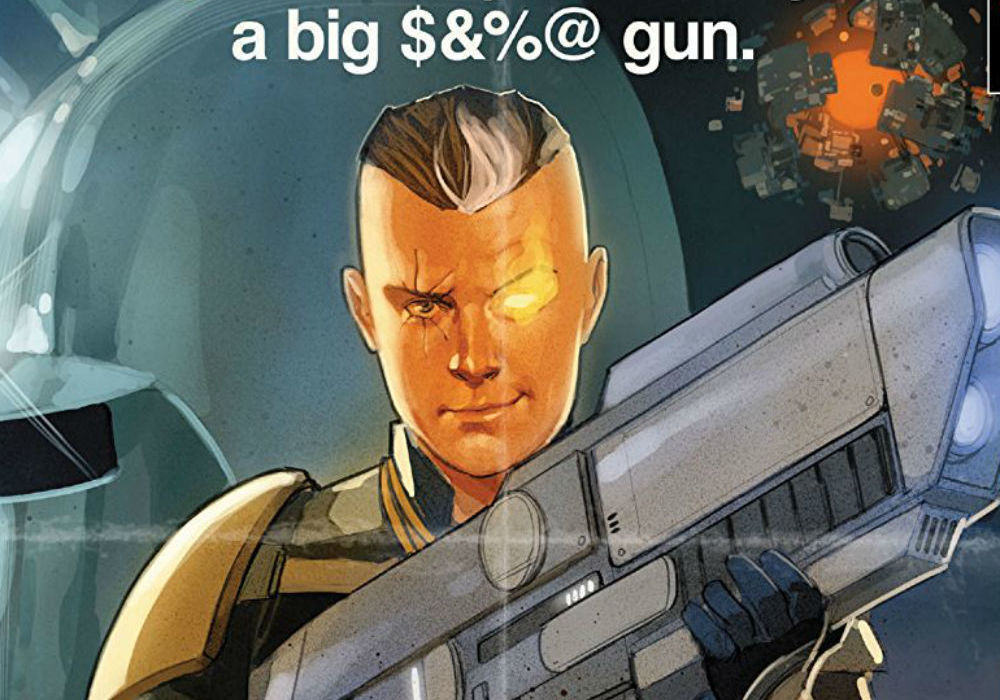 It should’t work. By all tokens, a new series of an alternate time version of a beloved – if very confusing – character, told in vastly different form from what readers are used to. And yet, the creative team behind “Cable” managed to squeeze a victory. 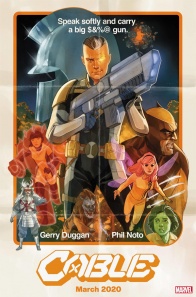 THE DAWN OF REBELLION! Cable was a grizzled old veteran of the wars to save the future… and he will be again. But for now, he’s a young mutant living in paradise leading a life of adventure! Nathan Summers, son of two of the most powerful mutants on Krakoa, has a destiny leading the youth of mutantkind in rebellion… so why not start now? Gerry Duggan (MARAUDERS, DEADPOOL) and Phil Noto (STAR WARS, POE DAMERON) bring us young Cable as we’ve never seen him before!

As part of wave 2 of what became known as ‘Dawn of X,’ i.e., the new era of the “X-Men” publishing line, with a new and powerful mutant nation in Krakoa, “Cable” #1 is quite a bold experiment with the character, the type of stories it can feature in, and the manner that the narrative is presented and structured. It is clear that Dugan and Noto have had a lot of freedom on launching this series, and they surely make the most of it.

First of all, some explanation. This Cable is not the much older soldier from the future, angst and traumatised by decades of warfare. Yes, he is still from the future, but from a moment on the timeline much earlier than the usual portrayal of the character. And, after the establishment of Krakoa, Cable is now certainly enjoying a new leaf of life, one with far more paths and opportunities than before.

Phil Noto is an unique artist. He combines some of the more European vibes on his visual style, but frames them in a far more North-American page and panel layouts. Although his pages are much more loaded that what readers would find across the ocean, each of his panels is a beautiful small canvas of its own, given the sheer number of details and nuance that can be found within.

Noto excels on two main areas. His wide shots are impressive and filled with scale. The issue opens on the Krakoa equivalent of the Danger Room, a pit-like arena. Noto is able to convey its size, its dimensions, without losing sight of the myriad of mutants present therein. Second, he has a very specific flare to character expressions and body languages. Readers will see Wolverine, Gorgon, and even Cable on situations and emotions not usually associated with them. It is not downright comedic, but there is surely a leaning unto the lighter, expressionist faces on his characters.

Having the same artist on both illustrations and colors certainly has its benefits. On “Cable” #1 that is most predominantly seen on how Noto relies on saturating the pages with certain colors, to quickly establish mood and shifts on peaceful to stressful moments. Deep reds alternated with deep greens very effectively set the pace and the shifts on the narrative.

Dugan’s script, even if it feels a bit rushed at times, is a joy to read. There is a sense of fun, of light-heartedness, of hope even, that is contagious. Which is more jarring when set against the character of Cable, so usually depicted on the opposite end of the emotional spectrum (save, perhaps, for his stories alongside Deadpool).

Dugan also works on several components of world and relationships building. New element of Krakoa are introduced for the first time on these pages, interactions never before seen are seeded, and the sense of a swashbuckling adventure is excellent. Seeing Cable calling Wolverine “uncle Logan” might be enough to cover the price of admission for some long-time readers.

At its core plot, Dugan goes on some very unexpected directions, associating Cable and Krakoa with a group of characters of Marvel lore surely within the cult-following segment. It is still early to say who asserted that choice was, but it does have a lot of promise.

Finally, and putting this after a spoiler warning, there is a last page reveal that will pull the rug from underneath the book’s audience. Not only from a narrative perspective, but it is even told in a starkly different visual style than the rest of this debut issue.

All in all, “Cable” #1 is an excellent debut issue, filled with personality, daring to go places readers will not associate with the grizzled old Cable. The pairing of Dugan and Noto was a clever one, pairing a creative team who can generate something truly new.

Final Verdict: 8.9 – Fun, brimming with innovation and personality, this new series for the time-displaced Cable dares to go places unheard of before.