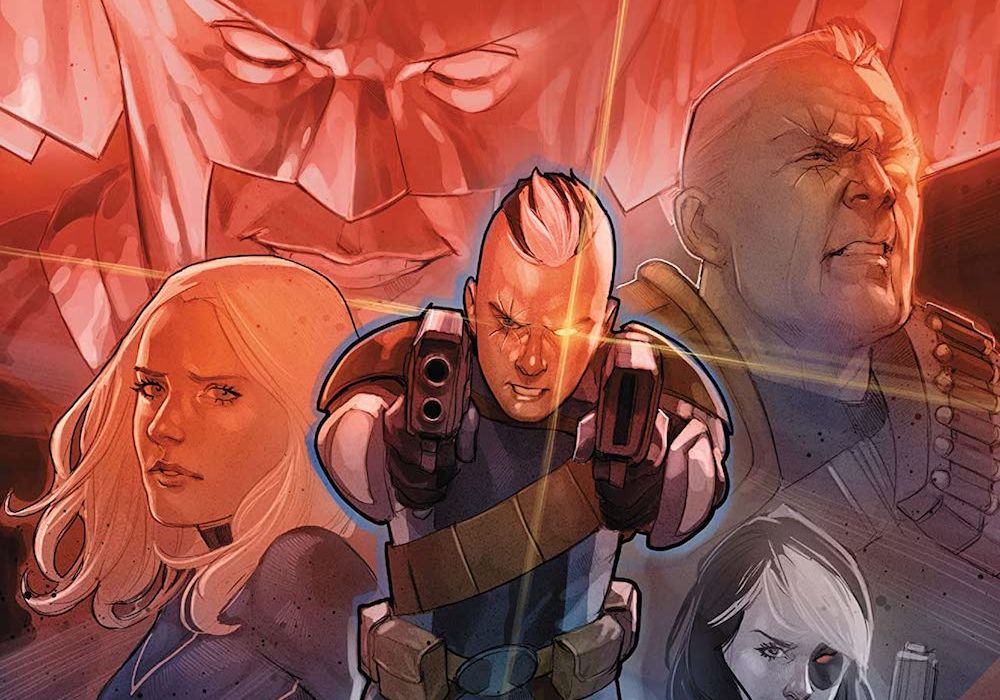 Young Cable has become a very fascinating and lovable character throughout the Krakoa era of the X-Men. “Cable” #10 inches closer to the end of the series with another fun and exciting issue. Gerry Duggen digs deeper into current plotlines while also planting new ones, along with beautiful artwork by Phil Noto. 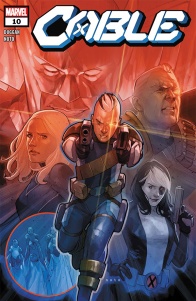 Young Cable has become a very fascinating and loveable character throughout the Krakoa era of the X-Men.

Gerry Duggan writes great dialogue between Cable and Emma Frost to start the issue. The conversation between the two characters gives a sense of a motherly/son type of relationship. Duggan is very convincing giving Emma Frost that “tough love” kind of tone when giving advice to Cable. The way Cable reciprocates what he is told was entertaining too; he is both thankful and childish, yet understanding in his response, keeping true to his character.

Mpost of “Cable” #10 is made up of a conversation between Cable and his father, Cyclops, while they attempt to apprehend Arakkii mutants causing trouble in a bar in London. Just like Cable’s conversation with Frost, his conversation with Cyclops feels like a true father/son like relationship. Duggan portrays Cable being nervous and procrastinating in telling his father the truth, while Cyclops is acknowledging everything Cable has done and sharing how proud he is of him. This only adds tension that makes it harder for Cable to come out with the truth and getting the advice he seeks from his father. Duggan’s pacing in these conversations is spot on, as Cable does eventually come forward.

To make this issue not just characters talking, Duggan does a fun job expressing a fight scene between Cyclops and Cable versus the Arakkii. It creates a perfect balance to the comic as a whole to allow the story to develop more, while also having entertaining action.

Phil Noto’s work really shines when it comes to character gestures and expressions. It really made the talk between the characters vivid and lively; these conversations felt almost cinematic. The one issue with Noto’s artwork, for this reviewer, is when it comes to his backgrounds. Noto does an excellent job coloring people and blending tones, but leaves a lot of empty space and makes any background that he does feel a bit dry. His style is very minimalistic in line work which is fine, but needs more detail in coloring the backgrounds to make everything fit better. This, paired with the minimalistic lettering of Joe Sabino, leaves the story feeling a little flat, visually.

“Cable” #10 seems to be an issue that ties everything up before the end of the series, tying up loose ends. With this, and the entire series, Duggan shows how well he knows how to not just pace an issue, but a series as a whole with this comic.

Final Verdict 7.4- Even with some of the art and lettering lacking, Gerry Duggan’s writing really compensates those flaws.