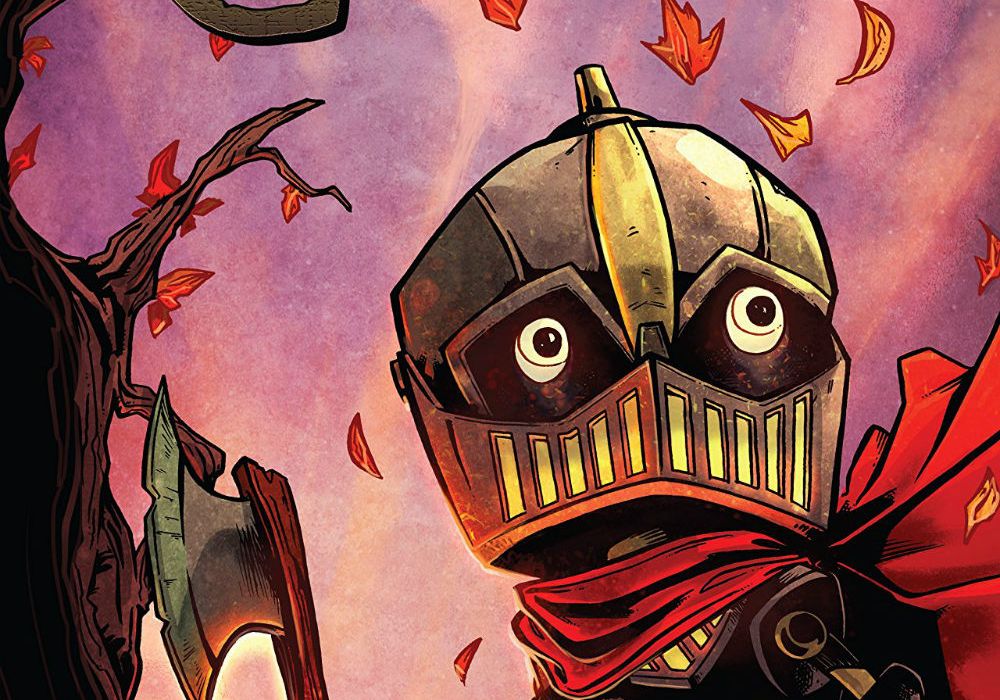 Traditional fantasy is surprisingly something of a niche in the modern comics market, yet it seems to be making something of a resurgence in the public eye with titles like “Conan the Barbarian” going big at Marvel. Which is why I’m drawn to “Canto” #1. With writer David M. Booher, who brings a Tim Burton-esque twist to the story and brought to gothic life by Drew Zucker, Vittorio Astone, and Deron Bennett, does this comic hail a return to form for fantasy in graphic storytelling? 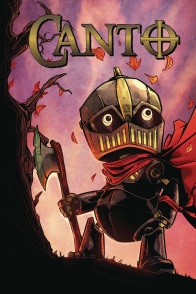 Canto’s adventure begins! Enslaved for generations, Canto’s people once had hearts. Now they have clocks. When slavers damage a little tin girl’s clock beyond repair, Canto must brave his strange and fantastic world to bring back her heart. Can he overcome the dangers that await to save the one he loves?

The world of “Canto” is maybe the most interesting and engaging parts about the comic. We’re immediately thrown into a backdrop of slavery and tyranny, where hateful industry reigns yet the sheer power of hope and stories struggle to push back. Anything beyond that is somewhat vague, yet that remains one of the best parts about it. Booher isn’t spilling narrative through the sides of the panel to tell you about the ins and outs of this world, because he wants you to absorb it organically via visuals. This is done cleverly through details like the fact that Canto’s race used to be organic living beings that had their hearts forcibly replaced by clocks, or that a predatory race like the Marolex has the capacity to grow old and swear off eating Canto’s people (whilst also rocking a benign goatee and a sweet dad bod).

However, the bones of the plot don’t feel as structurally sound. The motivation for Canto wishing to save his friend and claim agency within his race comes down to the fact that he repeats the basic story of a knight saving a princess and becoming a king to all his best buds. It’s endearing, sure, yet that story resonates through the entire issue. It holds the plot back from being truly unique by making it shack up with the most bare-bones fantasy structure.

Regardless of this, Canto himself comes off as a charming and easy to back protagonist. If we look away from the trope-heavy tale motivating him, we see him as something of a peaceful rebel at his core. One of the most genuine sequences spins out of his narration telling us that his people aren’t allowed names by their masters, that they’re not allowed to love or care for others, yet he actively tries to do all of those things, winning our hearts in one fell swoop. He may have simple motivations, but Booher ensures Canto is an immediately loveable protagonist.

The look and feel of this comic have a distinctly gothic, The Dark Crystal-type aesthetic to it. Drew Zucker handles this, building a world that feels as wonderous and mystical as it can be crushingly desolate at the same time. The opening pages use heavy detail and inks to paint a picture of a world that could have been pulled from a medieval tapestry, being rich and stylized. Yet at the same time, the details being painted are that of an arid landscape, with dead trees looming over in front of an impenetrable mountainscape. The very next page, we get the same thing but amplified. There’s great composition, showing Canto’s people enslaved and working for a minotaur-esque race in a man-made pit, with the page structure focusing on the pain of the enslaved. The detail is exquisite, with contraptions armed with pulleys and ropes, slaves performing all sorts of different tasks and intricately rendered clouds and landscape that don’t overpower, instead, blending into the background and setting a distinct mood. Yet the subject matter being portrayed, again, is tragic. Zucker uses visual juxtaposition well to draw readers into a decidedly tragic tale.

As much as the design of Canto’s race is charming, the fact that each of them looks nearly identical in their armor is one of the most questionable choices made in this book. Zucker separates Canto from the rest by having him sport a slight red bandana on his wrist. While this helps somewhat, it makes finding our protagonist into something of a chore, especially since most of the other characters sport bandanas in the same spot albeit having different colors. Not only this, but it harms any chance of developing a distinctive support cast since it’s so hard to tell who is who on the page, save for the Elder who sports a fantastic mustache growing out of his helmet. However, so much of the other character design work is interesting enough that I still have to credit Zucker’s high-quality work here. The Malorex monsters are devilish and bestial, and the rocky, steampunk-like architecture of the camp is distinctly angular in the best possible way.

Colors are a huge part of making this book as warm and charming as it is. Done by Vittorio Astone, the palette of this book makes it feel the most Tim Burton-esque aside from the creepy-yet-petite Canto. Everything looks like it was projected through a stained glass window, having a distinctly aged glow to it. The opening shots reflect this super well, as the setting sun gleams across the landscape as a last ray of hope before making way for the inevitable dark. Still, Astone keeps a glow lit in the armor of Canto’s people, a great little design detail that seems to represent Canto’s unwavering resolve to keep loving in a loveless society. Astone contrasts this hopeful tint well with the dark, menacing purples that come with the arrival of night, the Malorex and the minotaur people, giving away a sinister mood to the reader (even if that expectation is bucked at one point by Daddy Malorex). Astone sets the mood wonderfully here, whilst also using little details to help with storytelling.

Like it’s protagonist, “Canto” #1 stumbles at times but has an unabashedly pure core that makes it hard not to love. Booher’s worldbuilding and character work are easily the highlights of the written side, whilst Zucker and Astone excel in bringing a great sense of desolation without skimping on wondrous attention to detail. Whilst the overuse of the protagonist’s character design hurts the pacing and immersion at times, it’s hard to deny the charm of this series. Coupled with an interesting twist ending, this looks to be one to follow.

Final Score: 7.0 – “Canto” #1 is a dark fantasy debut with some serious heart waiting at its core.