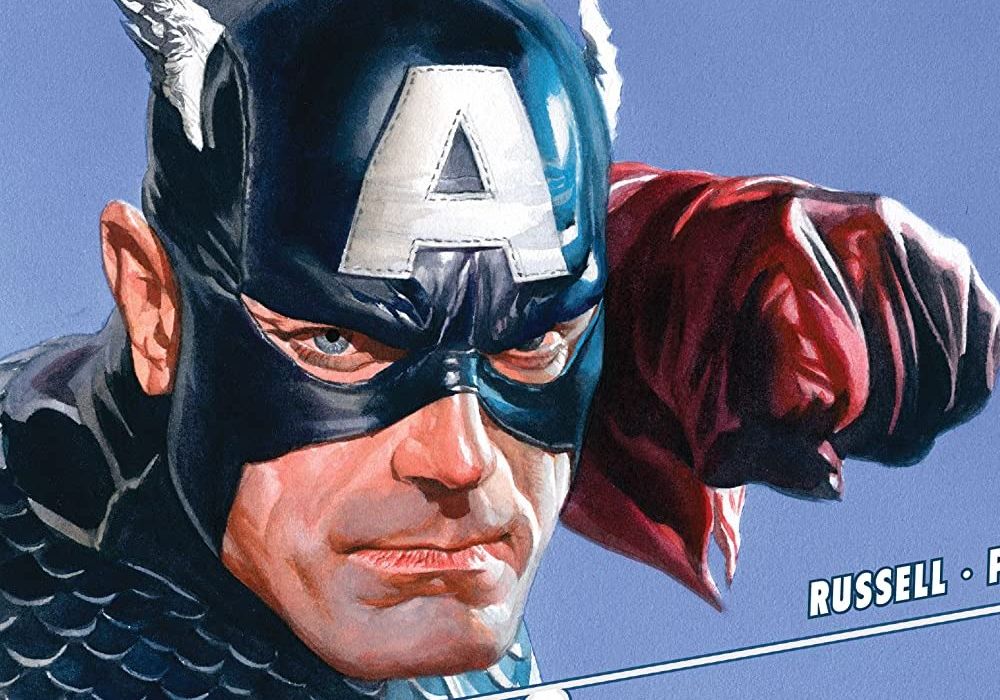 “Captain America: Marvels Snapshots” #1 is a surprisingly relevant story that despite some hits and misses prompts important questions. beware spoilers! 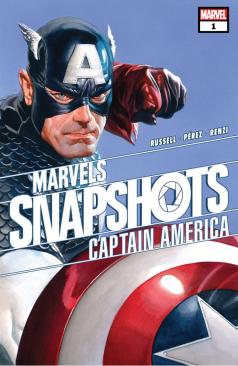 Acclaimed writer Mark Russell (Second Coming, Wonder Twins) and superstar artist Ramon Perez take us to Kirbytown for a literally explosive story of the madness-inducing Madbomb and its aftermath, as the MARVELS SNAPSHOT tour through Marvel history continues. A gifted South Bronx teenager sees his neighborhood destroyed in the initial Madbomb attack, and his future up in smoke with it. What does he do when A.I.M. recruiters come calling? Does he stand by a system that’s failed him, or find a future outside the law? Featuring Captain America, the Falcon, Iron Man and more!

“Captain America: Marvels Snapshots” #1 is another one-shot from the curated line based on the iconic “Marvels” mini-series by Kurt Busiek and Alex Ross. In Mark Russell, Ramón Peréz, and Joe Sabino’s take on the Marvel Universe from an ordinary point of view puts the reader in the perspective of Felix, a Black South Bronx teen living in the aftermath of the Madbomb. While this story was meant to release in April, following the pandemic and the Black Lives Matter uprisings, a lot of this story hits very differently and tackles questions on the role of superheroes that feel extremely relevant right now and hopefully will be relevant going forward in the genre.

Russell’s script for “Captain America: Marvels Snapshots” #1 has a broad range in tones it tries to capture and it feels hit and miss at times. Russell effectively captures Felix and the South Bronx’s social reality following the Mad Bomb attack and there are some very impactful emotional beats, especially Felix’s father having to break the news of not being able to afford college. However, there are moments that feel very out of place. There’s a gruesome two pages that detail the effects of the Mad Bomb that lead to the death of Felix’s baby brother Jerome by his mother under the effects of the bomb. While it’s understandable that this incident is important for Felix’s guilt in working on another Mad Bomb for AIM, it feels needlessly graphic and again in a time when Black death is really at the forefront in media seeing a dead Black baby was incredibly hard to read. Even harder to read given that this story is set in the shadow of a Jack Kirby comic. The “Snapshots” line is definitely meant to give a “real” perspective to the bombast of the Marvel universe but I can’t help but to feel like I’m going crazy reading a comic where an actual baby is killed on-panel and 15 pages later Iron Man is joking about being knocked out of the sky. There’s evidence in the artwork that this incongruity feels intentional, but even within the thirty-three pages of this comic, it’s hard to say whether it’s justified.

Russell’s script has also aged in a fascinating way in the few months since “Captain America: Marvels Snapshots” #1 was originally slated to be released. The increased awareness of police violence, especially in communities of color, and the calls for police abolition and alternate forms of community accountability leaves fans of cape comics wondering how or if the genre is going to account for this shift. Superheroes are “crimefighters” and vigilantes and solve problems with violence more times than not, but are aspirational figures and should be better than the police and do more for communities. Felix’s character is incredibly interesting within this in mind in that he fully and rightly believes that superheroes and the status quo abandoned his poor community of color after the Mad Bomb which leads him to work with AIM. There’s a predictability to where Felix’s story will go and it follows that he betrays AIM and is rescued by heroes but there’s a really great subversion. There’s always the argument of how superheroes “actually” help poor communities and there’s always examples of Batman, Tony Stark, or whatever billionaire with a company offering jobs to those deserving and while Tony Stark plays this role with Felix but in an excellent break, Felix declines and challenges the trope of the smart poor Black kid being rescued from the projects and insists that the focus be with rebuilding the community. While this is an excellent push, given the nature of this being a one-shot, particularly in a line meant to focus on the “average” folk of the Marvel Universe, it’s hard to see this challenge of superheroes as positive forces in communities lasting beyond these final pages.

Also while I commend Russell for pushing at boundaries with this story, I can’t help but to be bothered by Falcon having almost no interaction with Felix and being almost the comic relief of the story. While this is “Captain America: Marvels Snapshots” #1 not “Falcon: Marvels Snapshots” #1 it feels so bizarre for Falcon, one of a handful of Black superheroes at the time the story was set, to be present in this comic and to not interact with the brilliant Black teen at the center of the story. It makes me wonder whether Mark Russell wrote Felix and the South Bronx from a class-first perspective and ignored race and whether an editor of color would have noticed such a weird quirk of the story.

Artistically Ramón Perez and Rico Renzi really sell the two realities of this story. As mentioned before there’s a very real incongruity in the bombastic Jack Kirby story this is set in and the very real people around it. One particular splash illustrates this very well where Captain America and Falcon are dealing with people under the effects of the Mad Bomb and we get a mix of hippies standing on cars on one side and a fully impaled person dead on the other. It’s unclear whether this is an intent of the script but Peréz and Renzi detail both the bombast and terror of the Mad Bomb and while there are legs for commentary in this juxtaposition the artwork doubles down on the sense that in this Jack Kirby story people died very horrible deaths which is something. Peréz’s storytelling and artwork are very clear and his thick linework evokes a certain retro quality while remaining recognizably contemporary. Peréz also illustrates movement in an incredibly unique way and the flight arcs for Falcon and Iron Man are fun to look at and trace. Renzi’s colors really set these worlds apart with very standard blues and oranges to set a sense of normalcy in the South Bronx but with the superhero action bringing out pinks and yellows that evoke certain Kirby-Esque psychedelia. Renzi’s mostly flat colors also work to set a throwback aesthetic along with Peréz’s linework. Joe Prado’s letters do an excellent job in the clarity and flow of “Captain America: Marvels Snapshots” #1.

Overall “Captain America: Marvels Snapshots” #1 is a relatively fresh take on a traditional “what happens after the heroes leave” story. Russel provides a decent script with some interesting questions on the roles of heroes in poor communities, the stories tone feels incredibly varied to the detriment of a meaningful story underneath. Renzi and Peréz do an excellent job crafting the retro-contemporary world of the past Marvel Universe and offering a fascinating juxtaposition between the real world and the world of heroes. Ultimately what makes this story significant is the coincidence of the delays pushing “Captain America: Marvels Snapshots” #1 out at a time when the industry should be asking what should superheroes look like outside of the structures of policing.

Final Verdict: 7.0 – “Captain America: Marvels Snapshots” #1 comes at a time when a story about a poor Black kid feeling left behind by people who are called heroes is incredibly relevant and prompts important questions.