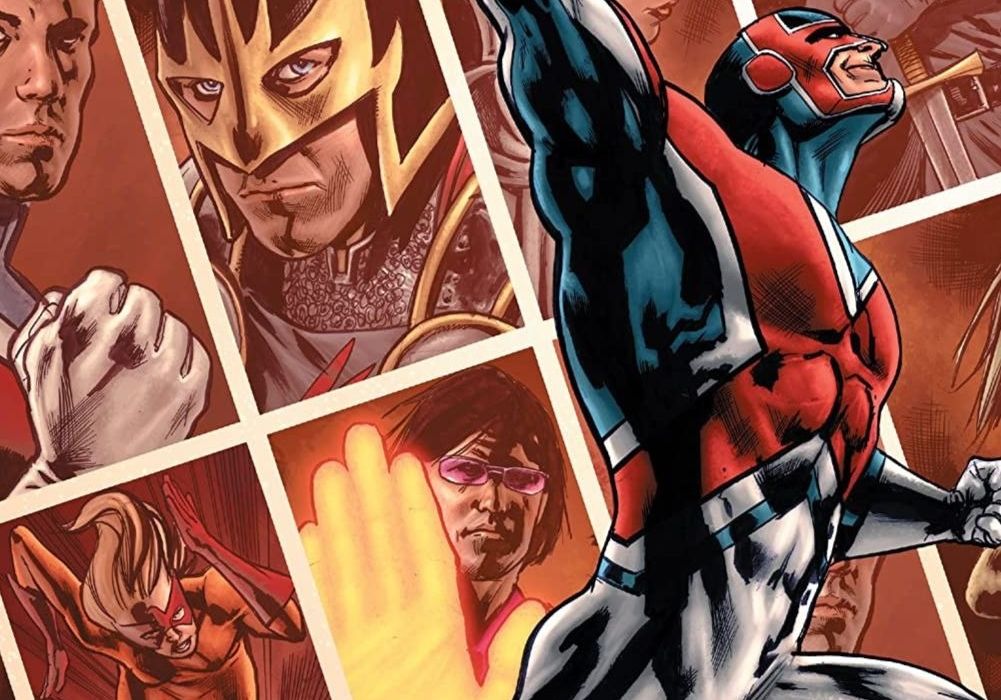 One of the true joys of the various books in ‘Dawn of X’ is that they cover such a wide array of different tones and kinds of adventures. Do you want a spy thriller? Go with ‘X-Force!’ Do you want some teen comedy inspired misadventures? ‘New Mutants’ is the place for you! Do you want swashbuckling pirate adventures? Is that even a question!? Go check out ‘Marauders!’ But one of the books I was most excited about was ‘Excalibur,’ returning to a setting that I had only encountered a handful of times but truly captured my imagination, Avalon, the magical realm of Great Britain that is protected by the various heroes of the United Kingdom, most notably Captain Britain. While stories involving Avalon will sometimes come and go, in 2008, during the height of ‘Secret Invasion,’ Avalon came under a new threat and a new team was born. “Captain Britain and MI-13” follows the adventures of those protectors of magic. The first arc, ‘The Guns of Avalon’ works as a solid introduction of both the team and the world that they’re fighting to defend while making it ultimately a struggle between magic and the superior technology of the Skrulls. Paul Cornell and Leonard Kirk do an impressive job of creating a high stakes adventure in “Captain Britain and MI-13” #1-4, but do make some sacrifices it would have been interesting to see explored further. 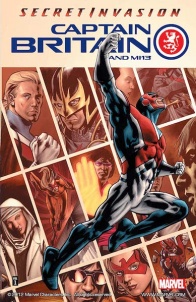 One of the biggest draws of “Captain Britain and MI-13” was the interesting combination of characters on the team. It has characters with some level of familiarity, Captain Britain and Pete Wisdom feature heavily in the first couple of arcs of the new “Excalibur” book, but it does a good job of establishing other characters which the audience might not be quite as familiar with. Each of them brings their own fun and interesting dynamic to the team, which helps to create some fun interplay in a group that sometimes feels like a band of misfits. The two most memorable characters are John the Skrull, an expatriate who chooses to look like John Lennon, and who is more than a little sardonic and irreverent and Black Knight, who is charming, sure, but a little rough around the edges. The rest of the team is fun, but it seems like Cornell has the most fun writing dialogue for these heroes. Black Knight, in particular, is acting as both protector and guide of Faiza Hussein, a doctor who was also given the power of rewriting life on a molecular level. The team of “Captain Britain and MI-13” #1 was one of the major draws of the book. But the arc itself presents not only an exciting first adventure but the continued justification for the team’s existence. By establishing strong characters from the start, it makes you want to see what comes next.

‘The Guns of Avalon’ does a lot of work not only establishing this new team of magical defenders but establishes a pretty monumental threat to not only the safety of Great Britain but the entire Marvel Universe. Because this is a ‘Secret Invasion’ tie-in, Britain is being invaded by Skrulls and trying to destroy all access to the Otherworld, giving them sole access to Britain’s most valuable resource, magic. The thing that makes this conflict truly work is that the Skrulls are interested in only one thing, power. To them, these magical artifacts are ends to a mean, taking the sacred and magical artifacts of Avalon and turning them into one incredibly powerful totem. But the thing that works best about the magic of “Captain Britain and MI-13” #1-4 is just how weird and unknowable it is. Otherworld is a place that operates on riddles and oaths, treaties, and mystery. It’s all very effective because, on top of the threat of the Skrulls, Pete Wisdom is dealing with his own demons, trying to block the voices tempting him with the easy way out. A way that will create more trouble than it’s fixing. In the end, Wisdom succumbs to the temptation, saving his world and the magic it protects, by freeing the demon Princes of Hell. It’s a good story for the character, making him choose between multiple threats. Wisdom is always going to do what keeps his country safe, even if it means trading one threat for another.

Another thing that makes “Captain Britain and the MI-13” memorable is the portrayal of magic. Leonard Kirk does a good job of making Avalon feel truly otherworldly. The colors and character designs of Avalon are a weird combination of an idyllic British landscape but also images that wouldn’t look out of place in an adaptation of a Tolkien novel. The best part, though, is seeing this magic in contemporary London. The magical Super Skrull looks like a combination of all of the various kinds of Marvel magic. His design looks largely inspired by Dr. Strange, but there are also elements of Asgardian magic, and the otherworld as well. The color choices, too, gives him a larger than life quality. The character seems to be just radiating raw magical power, but with a feeling of a certain level of corruption. This is magic that has been tampered with, combining magic and technology. But the highlight of the art is the sequence where Captain Britain is resurrected. Watching every “Union Jack” form a cocoon to revive the UK’s fallen hero filled me to the brim with British pride. (For the record, I was born and raised in the midwest, it’s just that compelling.) It’s one of those sequences that shows the power of art and storytelling combining to great impact. It’s magical, but also quite memorable.

If there are any criticisms of ‘The Guns of Avalon’ it’s that it started strong with a slick, espionage interrogation opening of John The Skrull, which proves to be a set up to expose the different Skrulls who have infiltrated the British government. After that incredibly strong opening, it seems to quickly drop any aspect of a spy thriller, which was a shame. While the action was engaging, it would have been fun to see this little team weeding out the bigger threat. While it makes sense to get the ball running, the intro was incredibly strong and it would have been cool to see the team use those skills at other points in the story. Perhaps it comes back later in the comics, but it was sad to see it go so early.

Avalon seems to be a major element in Hickman’s master plan for “X-Men,” so it’s interesting to see the magical realm in other contexts. While “Captain Britain and the MI-13” isn’t an incredibly long run, the first arc really gets the ball rolling and creates a good hook for keeping the story rolling. While the Skrulls might be gone, hell has been let loose. Certainly a valid reason for keeping the team together. ‘The Guns of Avalon’ is a good first arc, with fun characters and good stakes. While there are elements that could have been emphasized, overall it’s a good first arc for an interesting team of superheroes.