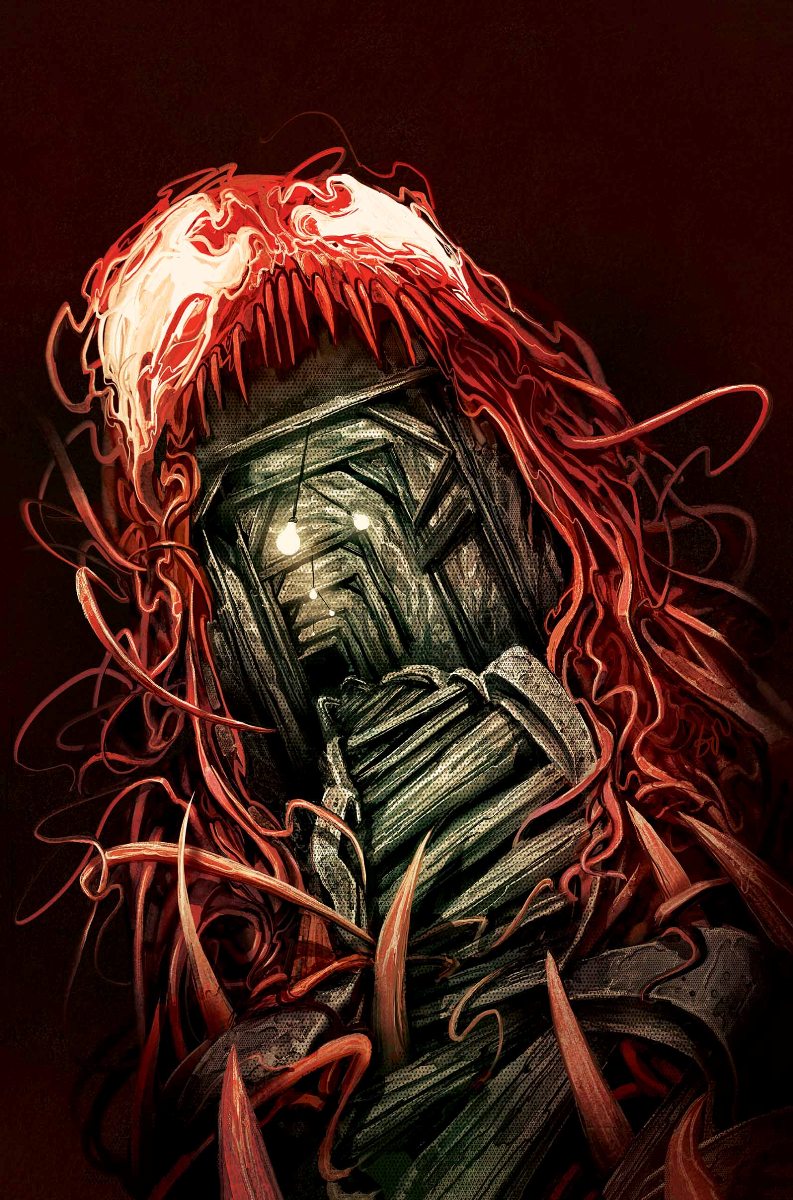 Marvel’s favorite(?) serial killer Cletus Kasady returns in this all-new series! Read our review below to see whether this book’s country or not. Spoilers ahead! 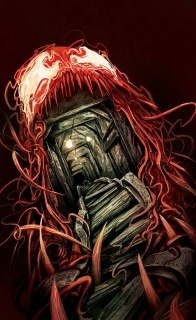 Get ready to scream! Carnage, the homicidal symbiote is back, and he’s leaving a trail of bodies behind him. The FBI is hot on his trail, with a different playbook since their serial killer is a super villain. They’re equipped with the latest sonic tech and a team including military hero/astronaut John Jameson and a reformed Eddie Brock/Toxin! But when Carnage escapes into an abandoned coal mine, the FBI’s plan is starting to look like a trap… for THEM!

I have a weird soft spot for Carnage. Part of that is due to 2014’s “AXIS” crossover where he was a god country boy who died and had a rhinestone statue made for him by Peter Parker. The other part of that is due to how he sort of works as Marvel’s resident slasher. Ignoring how bad his debut story, “Maximum Carnage”, was in execution, Cletus Kasady is actually kind of a cool concept. What happens when the symbiote, which had at that point only latched itself onto the morally amibigous Eddie Brock, found its way onto someone with absolutely no morality. That’s how Carnage was born, before two decades of further spin-off symbiotes and inauthetnic southern accents, at least. Gerry Conway recognize how well Carnage works as a serial killer figure, he’s one of the few Marvel villains who can genuinely feel scary. He could be that ‘Collector’s Convention’ of “Sandman” in supervillain form. And in “Carnage” #1, they get so close to tapping that potential. So damned close.

“Carnage” #1 finds Cletus Kasady newly resurrected(?) and on the lam. After he catches a news story where the newcaster mispronounces his name (strike one), reveals that one of his victims from the past is actually alive (strike two) and living a pretty good life (strike three). The whole newscast is actually a lure by the FBI to trap Cletus and separate him from the Carnage symbiote for good. How unlikely it is that Kasady caught their one transmission is never addressed. Anyway, the game is on to lead Carnage into a derelict coal mine where aforementioned ex-victim (Manuela Calderon, a military veteran and overseer of said mine) will help take him down. First of all, what? Second of all, really? The government couldn’t try to lure Carnage to anywhere goddamn else? It’s not even like Calderon was already working at the mine. They chose to lure Carnage into a horror movie set and then acted surprised when the sonic cannons they activiated to disrupt the symbiote caused a tunnel collapse and allowed Carnage to escape further into the mine. Then they decide to follow Carnage into the mine, instead of just sealing it the damn hell up. Of course this whole plan fell apart, it was orchestrated by an indie horror filmmaker with a gun to his head.

It’s a shame too, because Mike Perkins’ art on “Carnage” is exactly the kind of aesthetic I want for the character. Fans of Brubaker’s run on “Captain America” might be familiar with Perkins’s style which helped that book feel more in line with an espionage comic than a superhero one. Likewise, “Carnage” leans towards feeling like a true crime story, even if some characters’ weird facial expressions would make you think otherwise. And while I really dug Perkins on “Captain America” (and “Union Jack”, which I will defend to my grave), there’s something in the composition here that doesn’t feel completely suited to horror. Carnage is still a tentacled threat, but he doesn’t feel incredibly dangerous. He still throws henchmen around and everything, but there’s just not anything particularly fearsome behind his attacks. I’m not even talking about blood or gore; there’s just a general lack of suspense. Especially when there’s no reason for Carnage to invade the mine when he could just go to Calderon’s house and kill her there while he’s asleep. He’s a serial killer. He breaks into peoples’ home and kills them. Why is he in a mine? Why is Eddie Brock and John Jameson in a mine too? I have so many questions and I don’t really want any of them answered.

“Carnage” #1 is a comic that should be good, hell it should be a chance to highlight one of Marvel’s most underrated/overexposed villains as the genuine threat they are. Instead, uh, the FBI lures Carnage into a spooky mine and act surprised when he starts killing them.

Final Verdict: 4.3 – Call me back when “Carnage” #1 feels more like of a horror comic and/or features the return of that rhinestone statue from “AXIS.”