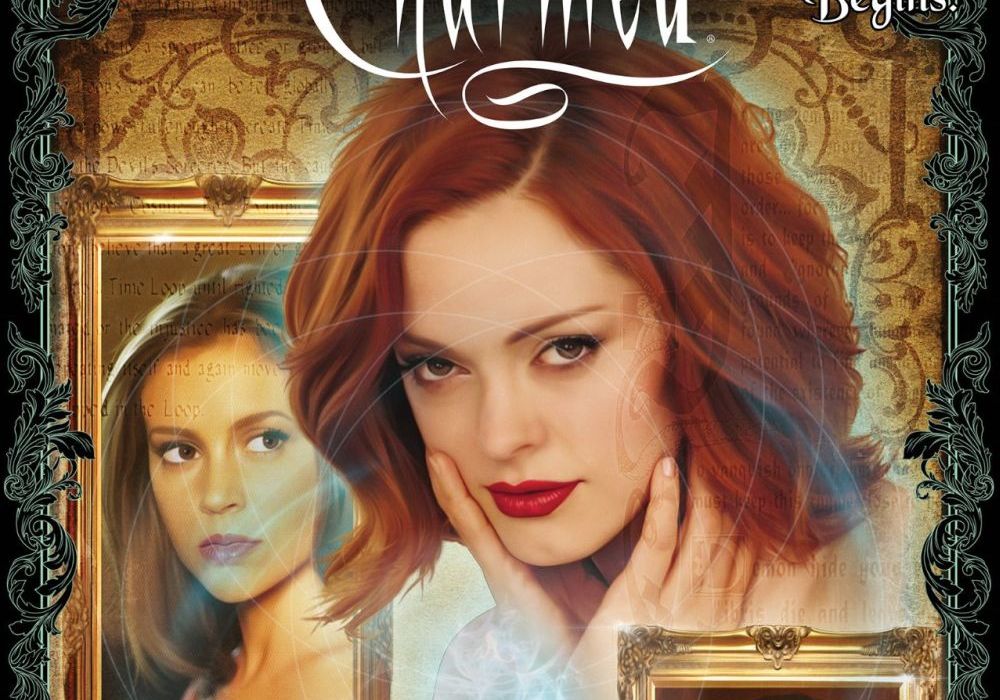 I’ve often been a big fan of licensed comics. Sometimes you get to see the stories of other characters in the universe (“Star Wars”) or you see the continuation of a beloved series (“Buffy”). Sometimes the comics aren’t even that great, but your love for the source material makes them very meaningful (“Orphan Black”). With “Charmed” #1, however, I entered a complete novice. Despite loving Buffy, and Lost Girl, despite growing up with Roswell and Sabrina the Teenage Witch, I missed Charmed completely. This number one issue served as my first foray in to the adventures of the Halliwell sisters. 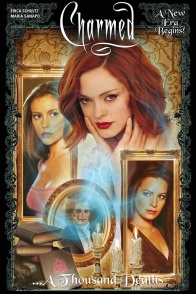 Balancing work, witchcraft, and a life is never easy, and the Charmed Ones are stretched too thin. Meanwhile, a demon in the Underworld rallies the troops with a plan to take out the Charmed Ones forever.

This first issue left me with . . . some reservations. I knew Charmed was about three sisters who were witches and they fought against the forces of evil. A solid enough premise, if I ever heard one. I needed this issue to introduce me to the three sisters and explain what made them all unique, and to give me the cliff notes on what makes the struggle of the Charmed Ones different than any other WB urban fantasy series.

Starting on page one, I could tell that “Charmed” has its own unique spin on magic. One of the sisters tells the other to “orb ahead.” I don’t know what orb means when it’s used as a verb, but all right, it looks pretty magical. The sisters trade spells and punches with a Dracula-looking guy in a trench coat and a silk shirt, but ultimately dispatch him with a kick to the nads.

Well, it turns out the demons have always failed to conquer Earth because they don’t really understand humans. The rest of the issue is spent switching between the sisters trying to live a normal work life in Halliwell Manor, a fairly average sized house the three of them share. The demons are at the peripheries of their life, infiltrating their places of work by possessing people.

While I had no trouble following the story or the art, I still walked away confused. Maria Sanapo draws a fairly accurate cartoon likeness of the three lead actresses, but without knowing the characters, I could never tell them apart. Sometimes their clothes helped, but when the sisters banded together to kick demon ass, they all wore different color versions of the same low-cut t-shirt.

I don’t know what the usual Charmed villains look like, but I found these demons to be pretty underwhelming. They looked and acted silly, and while I am sure they are capable of menace, they didn’t have clear motivation beyond “act like demons.” It’s clear that Sanapo was sticking to the show’s early 2000s WB aesthetic, but one would hope with the unlimited wardrobe and effects budget afforded to her in the comics medium, she could come up with something a little bit more memorable.

Despite my initial feelings, I decided not to fully dismiss the comic without doing a bit of research. I did what I would do if I was confused by a run of “Green Lantern” or “Captain America” and dove deep into the wikis. I learned all about the various deaths and resurrections, all the hookups and heartbreaks the sisters had gone through in their eight seasons. It was enough to grab my interest, but left me even more confused as to why Schultz and Sanapo made the decisions they did with this first issue. It seems like there are a ton of interesting angles to take and storylines to follow up on. This being the first issue of a new ongoing series, it should start big and bold. It felt more like a middle episode, padding out a long season of TV.

Despite the problems with the issue, it’s clear the creators are talented. Sanapo finds strange perspectives for her panels, mimicking the style of a single-camera TV drama. Schultz writes some cheesy one-liners that would feel right at home in a contemporary CW superhero show. If I had to guess, I would say the problem came in adapting the source material. Either their hearts are just not in it or they were given restrictions as to how far out there they could take the book. I’ve read poorly put together comics, and this was not one of them. It simply was lacking in energy and inspiration.

Final Verdict: 4.9 – My first steps into the world of “Charmed” failed to enchant.