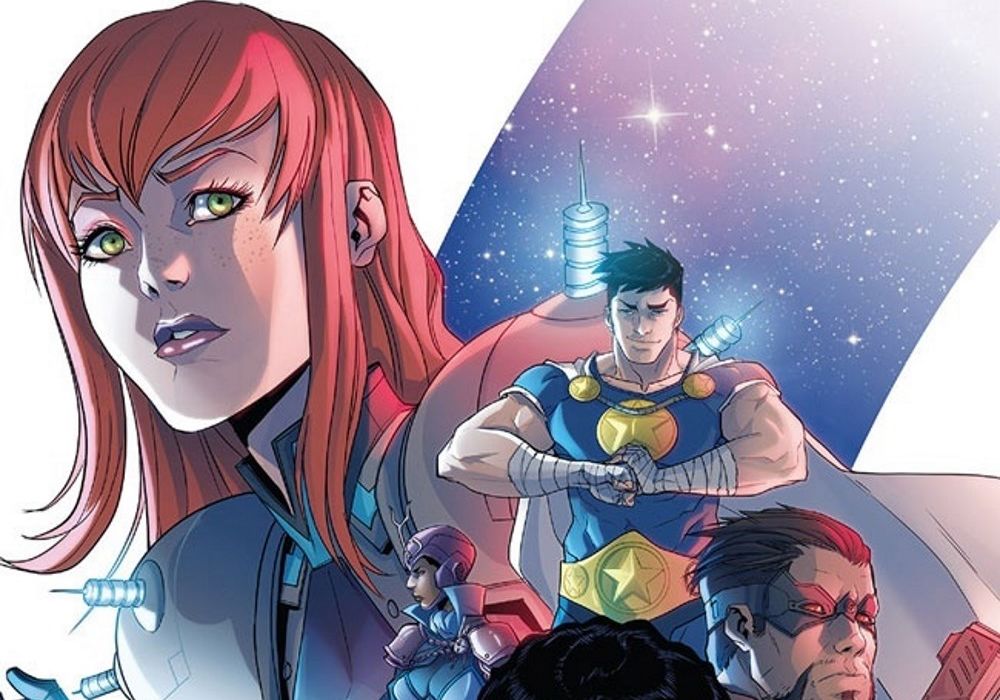 Not all crisis crossovers require extensive development to be interesting, as Crisis Command distills a superhero story to its bare essentials! 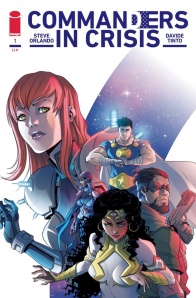 The last survivors of the Multiverse live among us under new, superheroic identities, five survivors of doomed worlds…taking a second chance to ensure our world lives on. A new twist on strange superhero comics, with a bleeding-edge eye on the modern moment, COMMANDERS IN CRISIS follows in the footsteps of Doom Patrol and Thunderbolts as five unexpected heroes come together to solve a murder unlike any other. The victim? Compassion itself…This is ideacide! A new series by acclaimed writer STEVE ORLANDO (Wonder Woman, Doom Patrol: Milk Wars, Martian Manhunter) and artist DAVIDE TINTO (Marvel Action: Spider-Man), an intense, weird action thriller reminding us about the importance of compassion and hope in the present moment, and putting fists to faces along the way!

In comics, “crisis” crossover events have a mixed response. On the one hand, many a fan have perhaps become annoyed with a perpetual inundation of “event” comics, big crises that interrupt other books. On the other, the sweeping conflict and statements of things never being the same can excite other groups in the same audience. With “Commanders in Crisis” #1, Steve Orlando has crafted the beginnings of his dozen-issue limited series to cater to both audiences simultaneously, by way of constructing an entirely new superhero universe that will nigh inevitably lead into a swift-approaching “crisis” event without needing to interrupt the flow of other books in the process.

Rather than give a backdrop, Orlando instead focuses his exposition on moving forward, to the point of starting the main events of “Commanders in Crisis” #1 in medias res to a standing conflict between the group and odd, but relatively routine villains of the week. With quick snippets, every member of the Command has a chance to show what they are capable of, from struggles to triumphs. Even outside of that battle, every member of the team has a brief moment outside of their work together to help show who they are, including their personality and capabilities, from joy to flaws, giving the barest of ideas as for how they operate together and apart, giving a real feel for a living, breathing world of which readers are only seeing one, select part. The events shown may be rather routine, from work at a hospital to a burning building to discussing things with a friend in plainclothes to talking amongst themselves in their homes about their work overall, but those very common interactions help to identify how the world around “Commanders in Crisis” as a whole is going to operate going forward by fitting them within relatively standardized comic book interactions.

Orlando’s goal is not just to identify a team, but to identify an entire world, one of acceptance and joy, even with intolerance springing up from the bedrock, and he succeeds in this endeavor with great aplomb. From a congressional meeting about a new amendment to the United States Constitution to interactions with civilians and emergency services, everyone has a chance to show the kind of people that they are. The way that they are characterized, everyone, from an angry politician to an indecisive writer to a passionate firefighter, feels like a character who would have an intricate backstory behind them, rather than focusing exclusively on the admittedly interesting backstories of each member of Crisis Command. Of course, several of these characters could have been one-offs even if this were a story several years into a comic franchise’s history, but there is enough depth in each to give the impression of more beneath the surface, up to and including characters who are merely mentioned and never seen on panel.

Fitting to a superhero book, Davide Tinto’s artwork is extremely dynamic, focused on action above all else, even in times of relative calm. In a fight or other moment of passion, the style helps to give a sense of movement and intensity, keeping readers focused in on what happens next with aggression or violence just as much as compassion or joy, all with a general idea of spontaneity. As Tinto shows, any scene can have a sense of intense urgency to it, not only a classic superhero brawl or a rescue from physical danger. An angry Senator in the legislative chamber can be visibly enraged or otherwise pleading in ways to ramp up conflict in readers’ mind, Casual irritation over a writer’s inspiration (or lack thereof) can give a sense of annoyance to readers just as much as the characters due to focus on their body language. Even a visit to a hospital to help with a critically injured patient can be decidedly tense by way of perspective shots, helping to characterize certain individuals in the short time they have to be seen separately from most other major figures. Even the act of sitting in a room in casual attire out of uniform, or of just sleeping, can have a sense of action and urgency under Tinto’s pencils.

Outside of the overall sense of action, Tinto does an amazing job with facial expressions. Each member of Crisis Command, as well as other supporting or minor characters, can just as easily sell the kind of people that they are with their facial dialogue alone as with the words that they speak. From Frontier’s firm, compassionate, but overall separate leadership to Sawbones’s clinical stoicism in the face of conflict, to Prizefighter’s joyous interactions with a fight, to Seer or Originator’s concern for others and much more, it is easy to see how a conversation is going, how characters can interact with one another and the kinds of people that they are, without even looking at the dialogue they use at all, making the entire experience rather inviting.

Much like Tinto’s artwork, Francesca Carotenuto’s colors are highly dynamic, though grounded in some semblance of realism. The brightly costumed Crisis Command works well as heroes and heroines of the daylight hours, and different lighting, from a wash of purple, sepia, or light blue at times to more natural yellow or white from the sun to browns or blacks in the shadows help to give a sense of place, as well as to further animate the already hopeful heroic team in contrast to their darker-clad enemies. In some cases, Carotenuto uses a red wash over an individual in front of a pitch black backdrop to further emphasize them, or otherwise using light in the place of a detailed background with the shading helping to tell where light is coming from, adding to the sense of action that pervades “Commanders in Crisis” #1.

Final Verdict: 8.5– A highly intriguing entry point to a fully-fledged comic book world which readers have yet to fully experience.