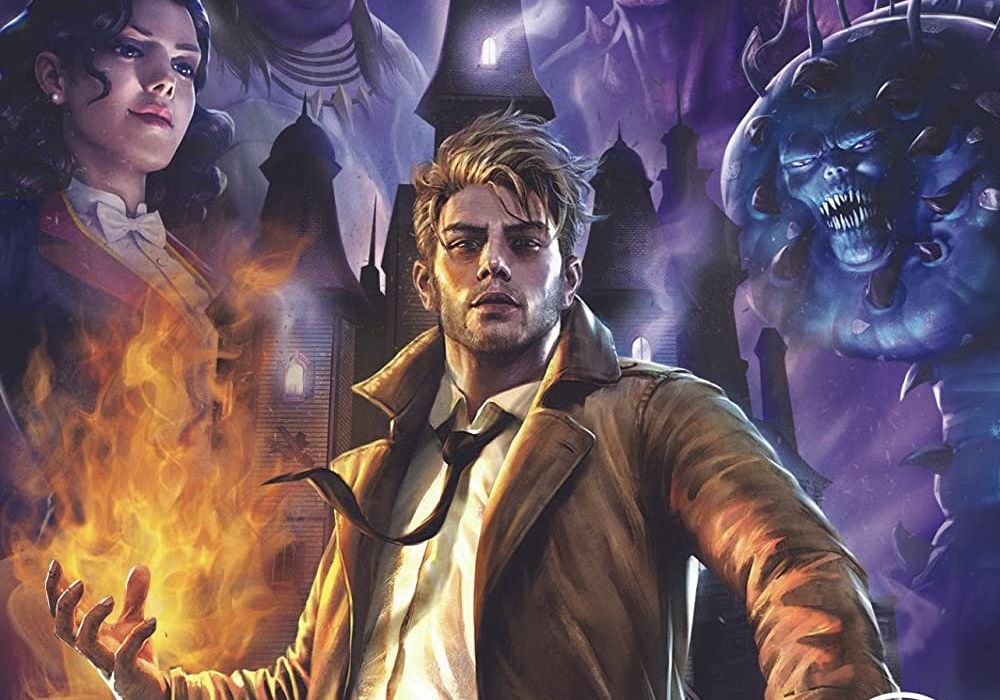 DC’s latest animated release is a quartet of shorts, focused on some of the lesser known, but beloved characters in the DC repertory. The shorts all work, to varying degrees, and run from 16-27 minutes in length. In general, this is an effective way to tell stories that, perhaps, couldn’t carry a standalone release.

The titular Constantine story is the longest of the bunch, and is the one that is clearly thought of as the most bankable, due to its cover placement. This features Matt Ryan as Constantine, reprising his role from NBC’s Constantine, the CW’s Legends of Tomorrow, and prior animated shorts and films. Ryan has his Constantine down pat, and he handles a fair amount of range here. The plot involves Constantine sacrificing himself to undo the effects of Justice League Dark: Apokolips War, which is the ‘final’ film in the original DCAU continuity. 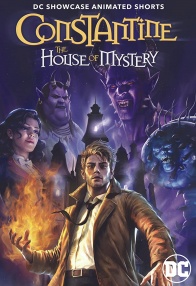 Constantine finds himself in the House of Mystery, constantly finding himself in happy situations that turn deadly. He meets old friends, children and, most consistently, Zatanna, who he has settled down with in this vision of the future. But each scenario turns horrific, leading Constantine through a never-ending series of violent deaths. There’s a pretty great twist at the end, delivered by the Spectre (voiced by Lou Diamond Phillips!) that raises this above your standard time loop story. This short also doesn’t shy away from going full-on horror at points, allowing the darker elements to really land.

The second short is focused on Kamandi, the Last Boy on Earth. Kamandi is the definition of a fan-favorite character of the true blue, hardcore comics set. A Jack Kirby creation, “Kamandi: The Last Boy on Earth” may never have sold like “Batman,” but its enduring influence and legacy are substantial. This seems like, of all four shorts, the one that could have most easily been stretched out into a feature. In just 18 minutes, the short covers a huge amount of the original series, and while the film is enjoyable, there are so many moments that felt unnecessarily trimmed.

Kamandi seems primed for a film adaptation at some point, as it is could be presented either as a totally self-contained story, or as an ‘endpoint’ for DC’s films. It’s also a film that wouldn’t have been feasible, from a special effects perspective, until relatively recently. Hopefully, this short acts as a proof of concept to push that along, or at least to have readers go back and discover the original 59 issue run. This short does a good job with the character designs and settings lovingly reflecting Kirby’s original designs, but the animation style doesn’t quite capture the ‘Kirby krackle’ and other tricks that made him the King. This is a lovely tribute to the man’s work, but never quite hits its peaks. But, to be fair, could anything?

Also, some of the sound effects in the Kamandi chapter seem destined to bring a Cease and Desist letter from Lucasfilm. I could’ve sworn I heard R2D2 at least thrice.

The third story focuses on the Losers, a classic DC war book, adapted here by “Teen Titans Academy” writer Tim Sheridan. For total transparency, I have never been a war comics and/or Losers an, and so this story fell a little flat for me. However, it must be noted that Sheridan did a great job of establishing the characters here for a new audience. By the end of the short, the viewer has a really strong grasp on who each character is, as well as their motivations. This also had, perhaps, the best animation of the bunch, with the dinosaurs and gunfire looking both smooth and deadly, without either element looking out of place.

Finally, a short that originally appeared on the Batman: The Long Halloween Blu-Ray, focusing on Blue Beetle rounded out the disc. This is a clear homage to the 1960s/70s superhero television, from Spider-Man to ’66 to Super-Friends. There’s a theme song, a ‘spinning Beetle’ transition, and some incredibly niche touches to remind us of its inspiration, including a moment where Beetle’s costume coloration is reversed, which happened on Super-Friends more times than seems possible.

This is also the only short that is a commentary on superheroes and cartoons instead of a straight adaptation. This entire sequence is a loving tribute to so many of our childhoods, watching the aforementioned shows in reruns. The Question is played brilliantly by David Kaye, aka the voice of Last Week Tonight with John Oliver, as is Dr. Spectro by voice-over legend/SpongeBob SquarePants himself Tom Kenny, and both ham it up exceptionally well. I think that the tropes explored here are well known enough that, even if you’ve never seen any of the source material, the jokes here would be appreciated. This is especially true now that just about every 60s superhero pastiche is actually just trying to do “The Ambiguously Gay Duo.”

Overall, this disc is a solid collection of shorts that serves as a reminder that DC has one of the broadest palettes of characters out there. Yes, Superman and Batman get the spotlight, but this collection has horror, humor, post-apocalyptic sci-fi, and war stories. Let’s hope that DC uses these shorts to tell even more under-presented stories. 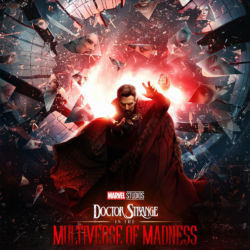 Doctor Strange in the Multiverse of Madness

This review may contain minor spoilers. If you’re wondering though: there is an important mid-credits scene, and a post-credits scene that resembles an outtake.One of the most pretentious things a comic book fan can say about an adaptation is that “it’s not how I would’ve done it” — all adaptations are ultimately a person’s own […] 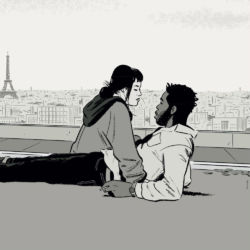 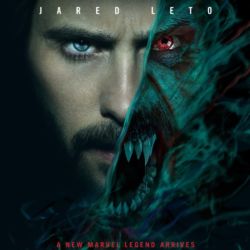 It’s never a good sign after leaving a movie that one of my first thoughts are “how did this get made?” Followed closely by “on a scale of Suicide Squad (2016) to Justice League (2017), where does this fall?” Those are what rattled around in my head as I walked back from seeing this movie […]