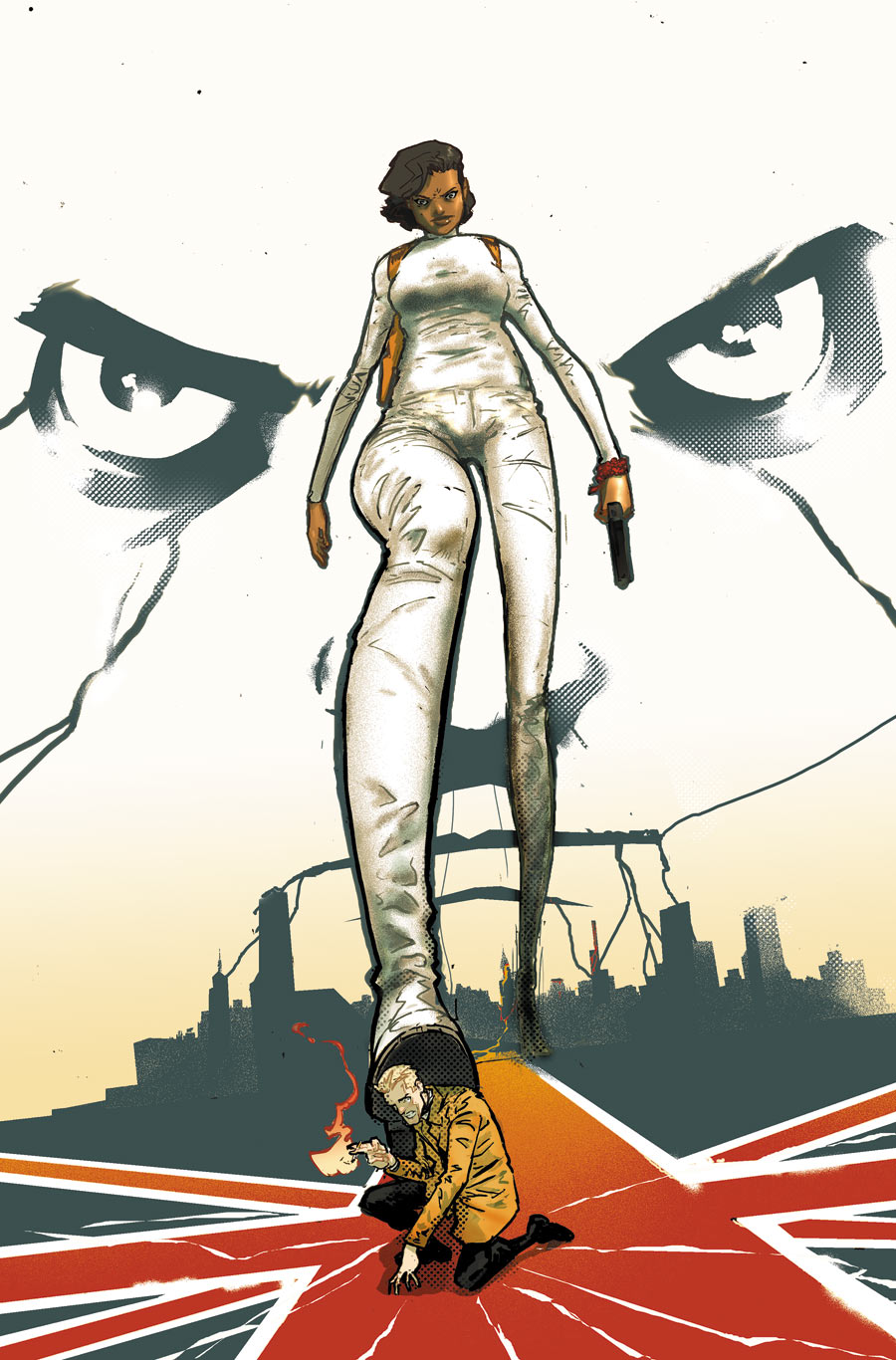 “Constantine: The Hellblazer” #3 continues telling the journey of the title’s eponymous wily mage as he searches for answers to a mystery involving murdered ghosts. The writing team of James Tynion IV and Ming Doyle are without the amazing Riley Rossmo on art duties, with the issue instead gifted with the magical guest talents of Doyle herself and the very gifted Vanesa Del Rey. 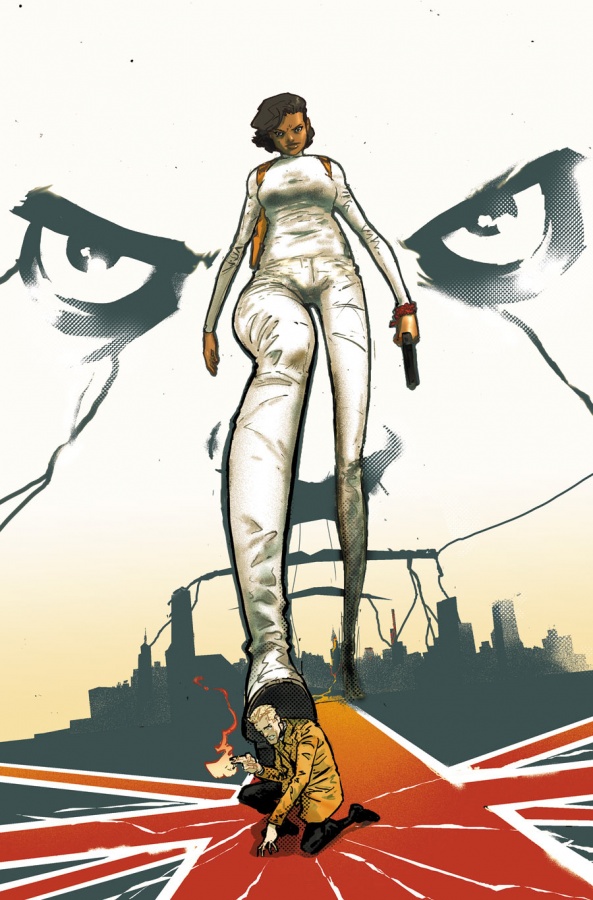 Someone is murdering ghosts, a supernatural crime so impossible to solve that John Constantine is forced to return to London and seek help from the one person he hates more than any other; a magician above reproach, a darling of London high society, and a friend to superheroes everywhere. She is Georgiana Snow…the HECKBLAZER!

“Constantine: The Hellblazer” #3 introduces an enigmatic woman from John’s past named Georgiana Snow. We get to meet her through flashbacks as we see John’s dangerous influence about to affect Snow and two other compatriots. After many years, John comes back to Georgiana asking for assistance with a mystical case he’s been trying to deduce in the last two issues. Their past, which has been more than dodgy, haunts both of them. John discovers his old friend has a new job in their home country of England as the “consulting exorcist to Her Majesty’s Secret Service.” She has moved up in the world while John still lurks in the shadows.

James Tynion IV and Ming Doyle reveal just enough to communicate the allure and seductive powers of John Constantine. The flashback begins with a bloody punch and segues into profanity and sexual innuendo. This young Constantine is brash, libidinous, and out for a good time. When scenes change to the present day, our John still retains this same essence but with just a hint of restraint and focus. He decides to give a favor for a favor and confronts a voracious demonic presence. With “Constantine: The Hellblazer” #3, Tynion and Doyle add depth to John alongside his bravado. His cockiness and vulnerability are two opposing traits that both writers skillfully and effectively bring to the page.

Regular artist Riley Rossmo (who also happens to be one of the most gifted artists around) is absent from this issue, with two talents filling in for him. Co-writer Doyle is tasked with supplying the bright flashback scenes with colorist Ivan Plascencia while Vanesa Del Rey conjures the much darker present day sequences with colorist Lee Loughridge. Both artists and colorists bring particular strengths to their scenes that distinguish the past and present in stark and powerful ways. All four artists demonstrate their storytelling and characterization skills with subtlety.

Doyle infuses her scenes with a simplicity and an innocence that reflects youthful naiveté. John, his pal Gaz, Georgiana, and Veronica each radiate an exuberance and confidence through their expressive faces. The focus is on these three characters and nothing else matters to them or the reader. The other people in the club are just background bit players and the club itself is devoid of any clutter. Doyle clearly wants us to understand that these young men and women see nothing else before them but a blank slate of possibility.

Plascencia’s colors match Doyle’s youthful optimism through his bright neon colors. Purple and pink dominate the flashbacks, imbuing the setting with tinges of the garish and the mystical. When we first see Veronica, she appears as if emerging from a holy burst of red, pink, orange, and purple. There is a haze over Plascencia’s colors that summons feelings of not only the past, but of impending doom.

Unlike Doyle, Del Rey and Loughridge utilize a Gothic style for the present day that masterfully produces a feeling of the modern day being overtaken by an ancient evil. The unsettling quality of Del Rey’s art is witnessed in the same simplicity that Doyle brings to her work. Instead of Doyle’s innocence though, there are hidden horrors in darkened corners that are just waiting to reveal themselves in Del Rey’s stark and scratchy style. Characters’ faces are still expressive, yet these are now hardened and wizened visages that have no time for the frivolities of the young.

Loughridge, whose unparalleled color palette is easy to spot in other titles currently being published, brings a Gothic sensibility to Del Rey’s art that transforms it into something much darker and richer in its tone. One sequence that stands out among all others in the book is a result of Loughridge’s colors. John and Georgiana meet after a long unexplained (to us readers) estrangement at a crime scene that is lit with candles and cigarette smoke. Themes of horror, sexuality, and death come together not only in the art, but in the lurid yellow and orange hues that flame brightly among a setting ripped from an old Sherlock Holmes detective yarn.

Even without Rossmo on art duties, “Constantine: The Hellblazer” #3 is another magnificent horror mystery story told by top-notch creators. Tynion and Doyle clearly love this unlovable lout named John Constantine. They bring a humanity to John that makes us simultaneously repulsed and attracted to him. Both Doyle and Del Rey convey these feelings beautifully in their very distinct styles and are partnered with colorists that contribute to the storytelling as much as everybody else.

Final Verdict: 8.0 – Tynion and Doyle are clearly telling a slow-building story that is fascinating and addictive in its execution. Before the conclusion of this particular story arc, they and the artists involved in this issue are having a fun time taking us on this ghoulish journey.