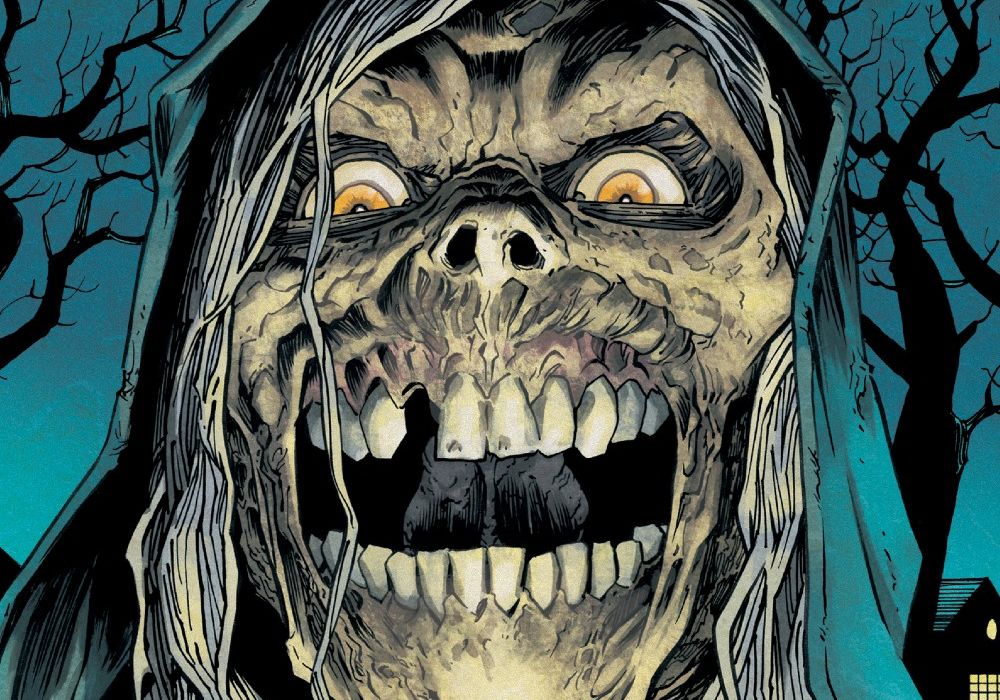 After forty years, “Creepshow” makes its comic book debut, the medium that inspired its initial creation. Mild Spoilers Ahead 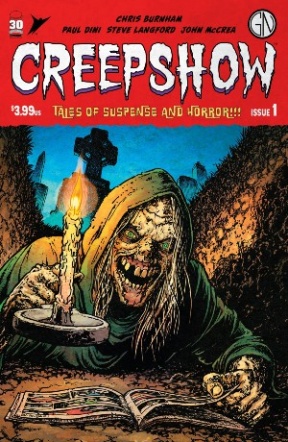 “Creepshow” has finally made its way into the world of comic books. Horror anthology comics like “Tales From the Crypt,” “Creepy,” and “The Vault of Horror,” along with shows like The Twilight Zone, were Stephen King and George A. Romero’s main inspirations when they conceived of the first Creephshow film. Now, decades after that movie’s original release, its mediocre 1987 sequel, a third abysmal (and ignored) film, and the recent hit or miss AMC/Shudder original t.v. series, fans can get their hands on some good ol’ fashioned Creepshow comics. It looks like everything fans could want it to be, but does it live up to expectations or end up a lesser installment like most of what has come since its 1982 debut?

Taking its format and artistic styles mainly from the original film, and the t.v. series, “Creepshow” #1 premieres with two stories looking to kick the Halloween season into gear. The first, “Take One,” written and drawn by Chris Burnham (“Nameless,” “Batman and Robin”), leans beautifully into the look of those old horror comics, and the animated portions of the original movies. His work is perfectly cartoonish, with a mean-spirited edge that sets the tone perfectly. The story is gorgeously colored by Adriano Lucas (“Realm of Kings: Inhumans”) who exceeds at helping craft the perfect look for this story, and matching the palette of everything that has come before in this franchise. He brings both a modern, intricate use of color, while never exceeding into something that feels out of place in this retro style horror comic. With this first story centered on a trio of trick ‘r treating tweens with their own mean streak, Burnham does walk the line of nasty horror and tongue in cheek dark comedy. His dialogue is classic light fare to push the story along and nails the tone of “Creepshow” and any number of things that inspired it. He plays at morality, with expectation, and the balance between horror and humor.

Making this the first story in this premiere issue is both the right move and quite bold. Using a Halloween set story is the perfect choice and putting three kids, not just in danger, but mortal peril is asking to push the limits in just the right way. It may be an even meaner story than most, myself included, were expecting. As someone who has seen every incarnation of “Creepshow” and many other horror anthologies, this maybe should not have shocked me, but it did. It’s a fun and nasty little story that will have you questioning how you feel about its ending and even origins of the evil at its center. Whether you are a fan of it or not, there is no denying that it is the perfect sort of tale to jump start life into this new iteration.

The second story, “Shingo” is written by legendary writer of film, t.v., and comics, Paul Dini (“Action Comics,” Batman: The Animated Series) and novelist and screenwriter Stephen Langford (Creepshow (series), Family Matters). This tale gets into the gory and goofy, a tone that is mostly well met in horror anthologies, but this story gets a little too silly and a little too out there for its own good. Based on both writers’s track records, you can see who brought what to the table in that regard. Dini, not known for his out-right horror writing, but rather his ability to bring pathos and existential dread to some of his work draws on that for the character drama here. Langford who’s writing credits heavily consist of sitcoms and oddball, low brow movies clearly brought this sillier elements to this one. It’s a fun story in that regard, but not one that does much else.

The art by John McCrea does fit the tone of the story at hand, and again, classic horror comics, but it has a bit of a purposefully ugly design, and detailing that tends to feel slap-dash that keeps in line with the mid-tier writing. Unfortunately this story ends up feeling like the majority of the weaker t.v. series plots and it brings down the overall feeling of the issue.

The hardest thing about making a horror anthology comic in this day and age is that it has all been done before, either in those old comics, or the numerous anthology films or t.v. shows that have been produced over the last 80 years of their existence. The key thing is to make these stories great, so that the enjoyment factor outweighs any thought of them needing to feel 100% fresh. It is a lot to take on, which is why most of the best Creepshow fare came from the mind of Stephen King and other horror legends. The rest is mostly pale in comparison. “Take One” is a perfectly good story for something like this, and “Shingo” is serviceable, but not a story most will care about once it is done. A comic book series is definitely the best place to off-load stories that work under the banner, but are too short to produce as part of the t.v. series.

“Creepshow” #1 is far from the worst thing to come out of this franchise, and if the rest of the comics can achieve at least this level of quality it should have a decent, and quite enjoyable run. It will probably never reach the heights of the first film or other great anthologies, but it would be nice to be surprised.

Final Verdict: 5.0, The debut of “Creepshow” is pretty standard horror anthology fare. Fun and spooky in the moment, but ultimately forgettable and never comes close to its great counterparts.