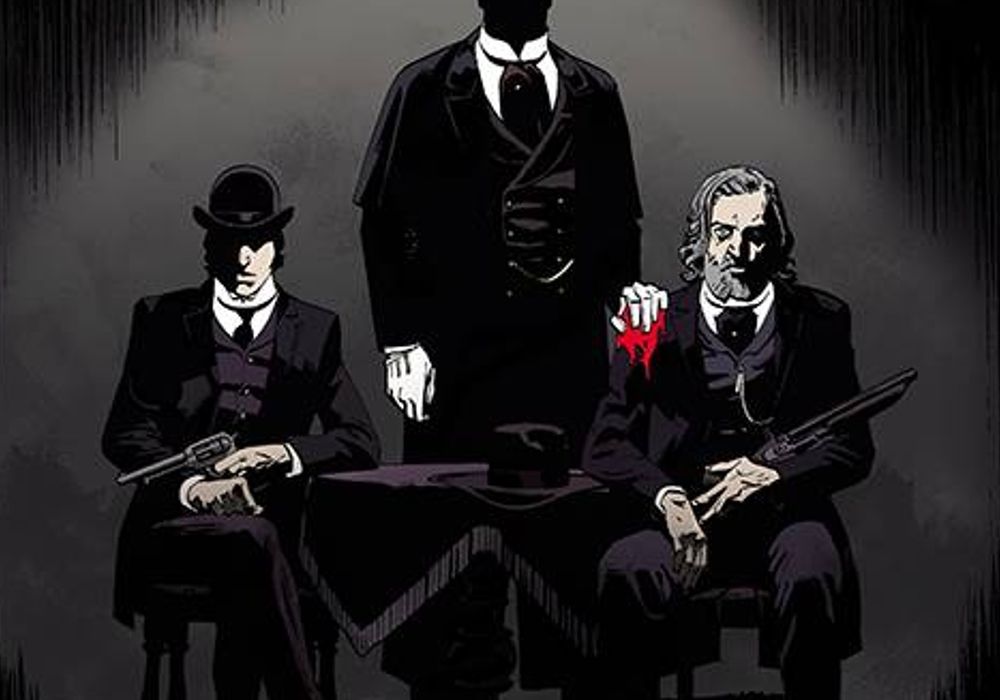 It is 1889 and the killer, publicly known as “Jack the Ripper,” has fled London, England, being able to escape capture and identifying after his bloody spree across Whitechapel. Spoilers Ahead! 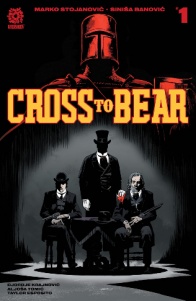 Jack the Ripper is on the run and has made his way to America, where the wild west is the perfect cover for his penchant for violence and death. It is now about a year after the events in Whitechapel. He has found that the still developing West of the United States, where brawls, shoot-outs, and straight up murder are a daily occurrence. While he was able to get away from London with some ease, he is being tracked by a special group of men. This group, called The Order, are descendants of knights of the Crusades. Their sole purpose is to track down things natural and unnatural that disrupt and destroy a peaceful or civilized life. Upon arrival in America, The Order attempt to take down Jack, but fail terribly, sending a member of the team, and our protagonist, to look for help in a place he isn’t exactly excited to go.

The premiere issue of this series is a blend of two worlds, and at least double that in story threads all lining up to meet. We are in the United States the entire time, but the walls between the old world and new are still standing. Standing, but beginning to crumble. The upper echelon pf society and city living is giving way to cowboys, outlaws, and saloons of the wild west. We are introduced to our lead character, Simon on page one, getting his inner thoughts through journal entries as he is explaining that he has a new job that he lied to get, but he knows he can accomplish it. Having made his way to Boston on the heels of the Ripper, Simon and other members of The Order know where ol’ Jack is and ready to pounce on his hideout, a hotel room in the middle of the city. This failed attempt leaves all but Simon dead and Jack getting away, even having time to smugly gloat at Simon through the open window.

Like The Order’s plan within the story, this sequence in the hotel is clearly thought out, but fails to truly execute its full purpose. It is also where the issue becomes ever so slightly hard to follow as perspectives change and events move far too quickly for an opening chapter. We are watching Simon prepare for the ambush in his own room, but when he meets up with the rest of the team we are now seeing everything in first person. It does add a level of tension and anxiety to the sequence, but it also took me reading it three times to realize that we were now literally seeing the world through his eyes rather than just following along with him. This scene does ramp up the horror right away as Jack dispatches of the other three Order members in a way that distinctly calls back to Alan Moore and Eddie Campbell’s famed “From Hell,” as well as the style of the film adaptation. A shadow moves, curtains billow, and before anyone can react, three throats are sliced open. It is unworldly and it asks us to either really just fall into the lore of Jack the Ripper, or to suspect that he himself could be supernatural. It’s a little confusing and because we are still in the first person view, it did take me a moment to orient myself in the scene. It does have some excellent beats drawn by Banovic.

After this scene is done, the story changes direction and shape again, sending us, and eventually Simon, to Tombstone, Arizona. Now why in all the places sprouting up in the Western United States would Simon just happen to get to the exact small town that Jack goes to, is unclear. However, Simon is there to enlist the help of another man. His brother, Edgar who is a former member of The Order. Having left that violent life behind, Edgar is now married and seemingly running a saloon. This reunion is not an easy one for either character with duty, honor, respect, and fear all playing their part in their discussion. The issue as a whole is made up of inner monologue, heightened emotion, and questions, but it doesn’t all add up to something as great as one would hope.

Overall you can tell this is a project made from the love of multiple genres, and while that passion is there, the work as a whole never leans far enough into a pulp tale, nor into elevated horror, so it sort of sits between two styles without ever committing to either. Both Marko Stojanovic and Sinisa Banovi are Western movie fans and that is evident throughout the issue. Their love of the genre keeps that end of things somewhat neat and the tropes and archetypes of Western movies are done in a fun way, along with the looming dread hanging over everyone. Because of the tone and story shifts throughout the issue, the script mostly feels like it is delivering a lot of text without inviting us in to the story. As a fan of both Western films, someone who has read up on and loves the history and mystery around Jack the Ripper, this comic should have been tailor made for me, but I never truly felt connected to it.

The artwork is decent throughout and has a lot going for it both in design and color work, but it also never really seems to convey the full tone the writer is going for. It isn’t simplistic enough to be minimalist and it also isn’t finely detailed enough to warrant a long-winded discussion on its merits. It’s all just fine. A decent mash-up of genres creating a what-if historical sequel to Jack the Ripper’s London murder spree.

Final Verdict: 6.0, An idea that could have a lot of weight and power, never really reaches its potential in this introduction.