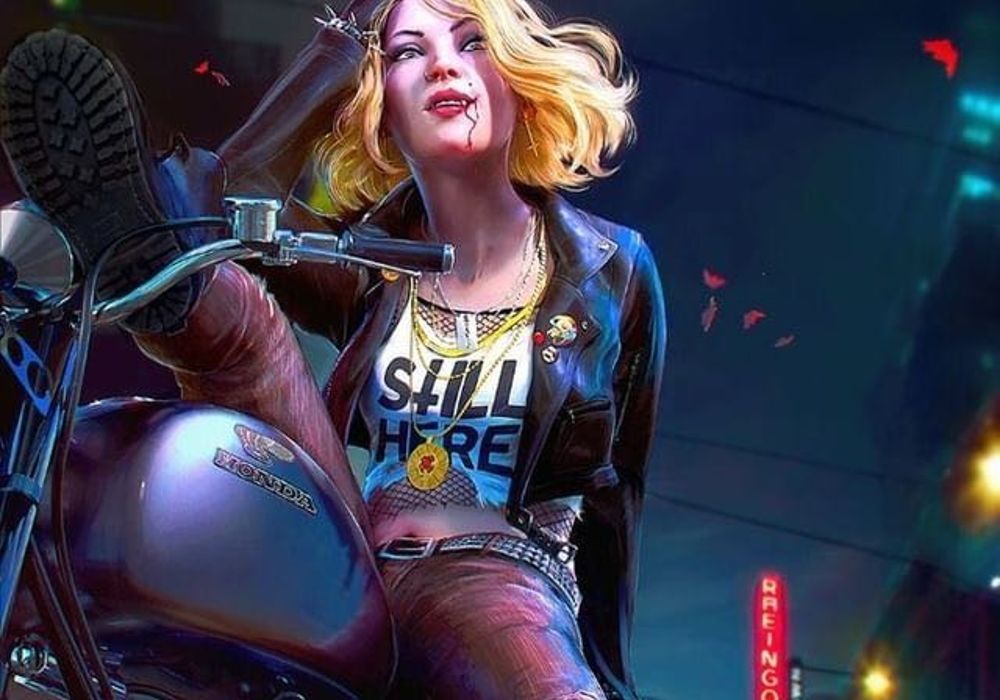 A young woman, bounced around through foster care her entire childhood discovers more than a few secrets about her life all in one blood-sprayed night. Mild Spoilers Ahead 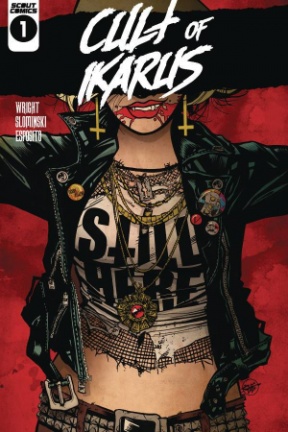 A reoccurring nightmare. A dark road on a starry night. A car with a young couple racing, running from something; trying to protect their infant daughter. “Cult of Ikarus” #1 starts with a bang, giving readers no warning as to what is happening beyond the action unfolding, nor any inkling of what this story is about, until we see the flashes of horrible faces at the end of this nightmare introduction.

The story then unceremoniously leaps forward to show us the baby from the bad dream, all grown up. Hunter, now a young woman, has moved through the system her entire life. Orphanages and foster parents that just barely take care of her are all she has known and she’s done with it. Looking for answers as to what exactly happened to her parents, she meets a store clerk who claims to have been their closest friend and is willing to give Hunter some of the information she is seeking. None of it will be easy to hear, but he sits her down at the local punk bar for some whiskey and deep discussions.

As the band plays, Hunter realizes she may have bit off more than she can chew and becomes overwhelmed by the tale this new friend is spinning. Overwhelmed, but knowing all along that it must be the truth, no matter how much it hurts. And it does hurt. Causing Hunter to run to the rest room to get away from this new stranger that knows too much and has dropped quite the bomb in her lap. It’s during this moment of reset that Hunter realizes she is no longer alone. As the band continues to tear up the stage, a trio of menacing figures have followed her. It’s here that the issue takes its third of four major turns.

Because so much is revealed throughout this first issue I will be keeping spoilers to an absolute minimum for those who haven’t read it yet. They say write what you know and author Jenna Lyn Wright knows punk rock and vampires. And she goes full throttle with those two things in “Cult of Ikarus.” While her dialogue plays out like many a dramatic story where a lone young person with a missing back story attempts to find out about themselves, the surrounding vibe is punk show and teen vampire goth from top to bottom. I think we would have been friends in high discussing music and Buffy the Vampire Slayer. That punk/vamp vibe comes in with the hyperactive shaky-cam hand of artist Karl Sominski. The style of the book is rounded out by the always great lettering of Taylor Esposito. Esposito keeps the majority of his lettering to a simple, standard comic book text, but gets to really rip here and there throughout in fun ways to accentuate action and emotion while never overpowering the moment. He knows just how to keep things even for whichever type of book he’s working on.

Wright creates a fairly compelling and familiar hero’s journey with Hunter and those she encounters just in this single issue. The only real problem is that it might be too familiar. Nothing about the story really leaps out and grabs you by the heart or the throat. It’s a pretty fun world to enter, but aside from the punk and rich goth aesthetics, I found myself interested, but still looking for more in terms of the storytelling. The majority of the scenes with Hunter and the Old Man are dialogue heavy, but written in a clear and concise way that is incredibly easy to read. It thankfully isn’t dumbed down, but it also doesn’t trip over itself trying to sound more important or complex than it is. So while the book dabbles in flashbacks and get a lot of family history, Wright travels from A to Z in her storytelling. It’s a cool story with plenty to praise, it just feels a bit old hat to me. The most compelling character so far, and she is one we barely come in contact with is Gracie Rage, the singer of Vicious Kittens, the band we see throughout the issue. Like the majority of the story, Gracie draws us in with her given style, but again she feels both interesting and akin to female punk characters from many other comics, shows, and movies. I’m hoping “Cult of Ikarus” does something fresh with her, but for now she looks to be Hunter’s Obi-Wan. Which is fine, just make us really care about that dynamic and readers will follow you anywhere.

Sominski takes on the duties of illustrating and coloring the comic. His work is kinetic barely ever taking a moment to breathe. Even with one on one dialogue scenes it looks like he never lets anyone have a moment of real peace. They’re moving, shaking – vibrating across the panel or page. For the most part while he throws around interesting color schemes throughout, he keeps the majority of the story and action within full, somewhat realistic palettes. However, when emotions are high or things get weird, he splashes entire segments in solid colors or schemes within a single color. This is nothing new in visual storytelling, but the way he works this color styling into his wild and twitchy lines makes for vibrant and rich visuals from start to finish. His work really takes the entire story to the next level. Wright is mixing realistic drama and dialogue with just a few key words that lets us know we’ve crossed over into a world that holds more than what we know in our every day. Sominski’s artwork is the final nail in the, ahem, coffin, bringing this entire blood stained, punk rock fable into focus.