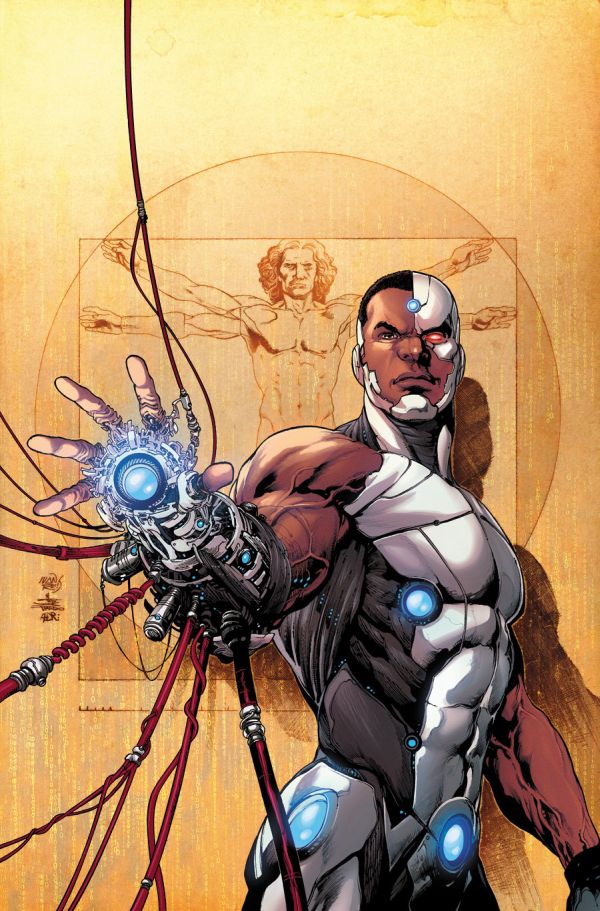 Cyborg has a rich history in the DC Universe and now, for the first time gets a solo title with “Cyborg” #1 by writer David F. Walker, penciller Ivan Reis, inker Joe Prado, and colorist Adriano Lucas. The first issue introduces us to a character who is considered less than human, yet has enough depth to carry a series. Despite flaws in the script, there is a glimmer of potential. The art, however, is impeccable. 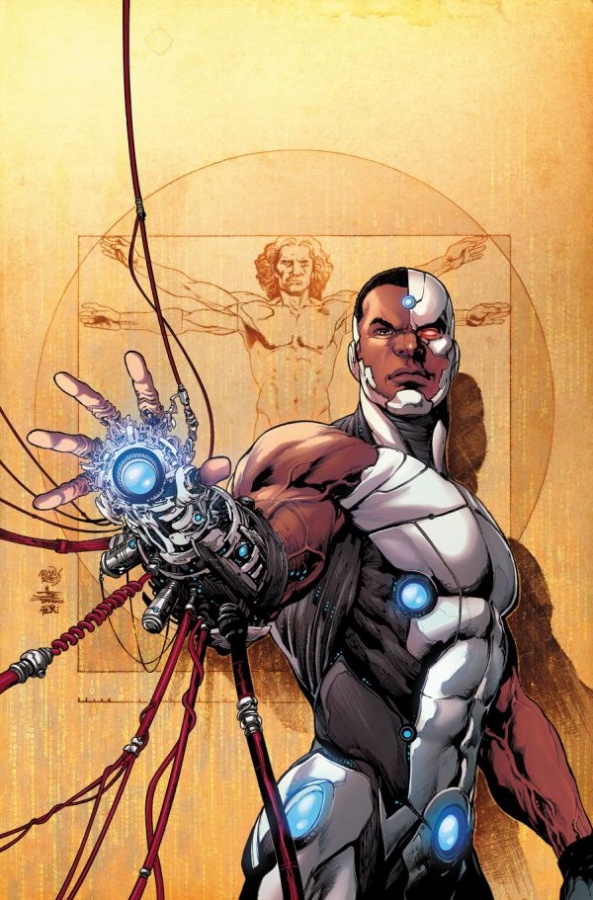 The machine that gives Cyborg his powers is evolving! The only problem is that machine is his body and he has no idea what’s causing these changes!

David F. Walker introduces an element in “Cyborg” #1 that is essential for a series like this to survive: humanity. We understand and empathize with Victor Stone through the effective use of narration and his interactions with members of the supporting cast that Walker is just beginning to develop. A foundation is being set for the series and, although not a perfect book, it does what it’s supposed to do by introducing us to the titular character. Walker writes what could possibly become an intriguing premise that includes a mysterious science fiction element with a human story featuring a relatable character. The book’s creative team still has to convince us with future issues that the tale they are setting up is compelling enough for a fascinating character that is deserving of his own title.

This first issue introduces us to Victor Stone and contains a lot of exposition. It’s also noticeably free of any action. Walker’s script does, however, contain dialogue that is organically written and expresses an obvious love of the Cyborg character. The issue’s first scene tosses us into a war between creatures in a distant galaxy that appear both metallic and organic. Talk of technosapiens and tekbreakers then segues to Detroit, where Victor is seeking the assistance of his scientist father and the rest of S.T.A.R. Labs. He’s died and come back to life and naturally wants to know the reasoning behind this strange occurrence. The scenes with the mysterious creatures don’t push the plot forward or give us any information and are only there for the artists to work their magic. “Cyborg” #1 does more toward setting up the story and hinting at mysteries instead of thrilling us from page one.

Walker, through his script, conveys everything we need to know about Victor. With the assistance of the exceptional talents of the title’s artistic team, Walker is able to have Victor express a wide range of emotions that include frustration, sadness, and joy. Through Walker’s words, we are introduced to a character whose complexity is not just relegated to his body. Victor’s struggle with managing the man and machine aspects of himself is a struggle that Walker hints at in a creative and natural way, albeit in small doses. Despite a few hiccups, the dialogue reveals the personalities of the book’s main players.

The main attraction of “Cyborg” #1 is the art. Ivan Reis’ pencils and Joe Prado’s inks are simple yet evocative. They gorgeously imbue that humanity upon Victor that Walker expresses in his script. Reis draws Victor with subtle and sometimes heartbreaking emotion. When attempting to reassure his friend Sarah that everything is going fine in his life, the pained smile paired with a slightly furrowed brow tells us otherwise. There is depth and pathos to Reis’ art that is heartbreaking in this scene and elsewhere in the issue. That which is unspoken is beautifully expressed by both Reis and Prado. Simple exchanges become something much more, with intention coming through in Reis’ brilliant body and facial expressions paired with Prado’s deep and complex inking work. Although “Cyborg” #1 is not an action-packed first issue, Reis brings as much dynamism and wide-screen, larger than life qualities to his layouts as he does his character work.

The diversity in Adriano Lucas’ colors are apparent throughout the issue. He changes his color palette depending on the characters and the settings. The recorded flashbacks that Victor projects from his body have a hazy neon quality that appear lit as if being projected from a recording. Shades of orange are peppered throughout the issue, with orange being a color that is associated with the vibrancy of life. Whether Lucas intended to utilize the color this way, it is an appropriate and potent choice. It is a color that evinces many feelings and is perfect for a character who is grasping on to his humanity despite struggling with thoughts of being less than human.

“Cyborg” #1 has the quality of a television pilot. Walker’s script contains a lot of introductions and exposition (although thankfully done with finesse most of the time) but none of the excitement and wonder that comes with a character with so much potential. He does have an exceptional artistic team of Reis, Prado, and Lucas that transforms the pages into magnificent works of art. The emotion, humanity, and setup are all evident. All that’s needed is a stronger story and an engrossing plot.

Final Verdict: 7.5 – “Cyborg” #1 sets up interesting characters and hints at concepts yet to be explored. The next issue will need a quicker pace and a heavier dosage of creativity in its writing in order to keep our interest.