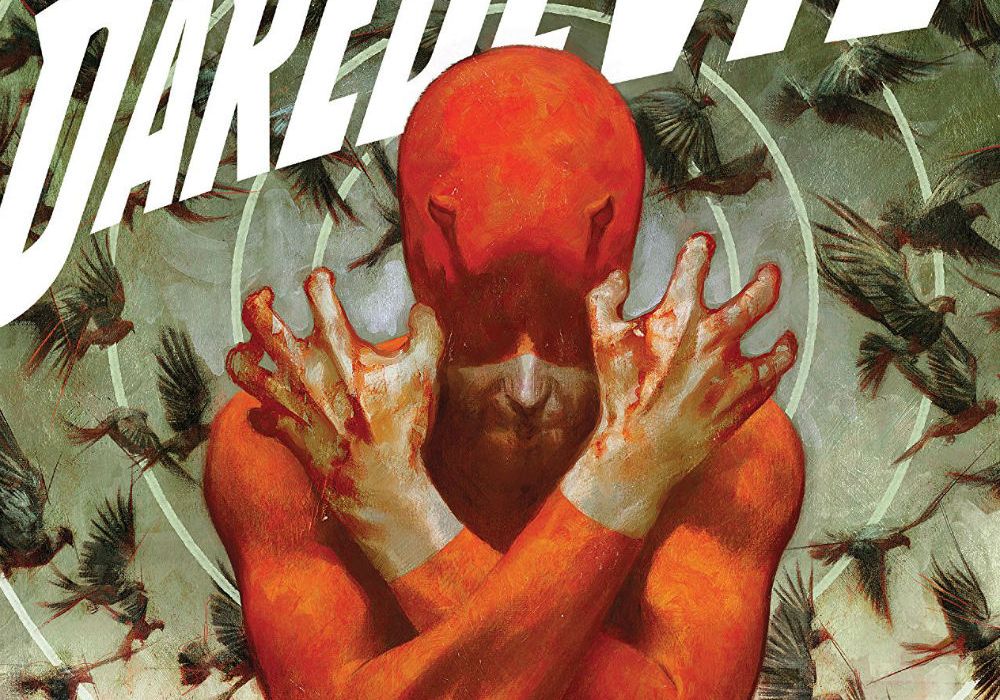 It’s a bit of a cliché to talk about how good “Daredevil” comics can be at this point. Frank Miller, Bendis and Maleev, Brubaker and Lark, Waid and Samnee. All of these stories are classics, all of them in different ways. But Matt Murdock, more than probably any other character, has been taken apart piece by piece, before being slowly put back together. His history is one of tragedy, and with Chip Zdarsky and Marco Checchetto, that continues to be true. 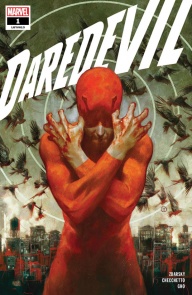 First issues can often feel too stuffed full of plot. There is a tendency, an understandable one, for first issues to try and prove they have a reason to exist. It’s understandable, if only because I know I’ve read debut issues and decided not to continue with the series because that first issue didn’t make enough of a case for its own existence. “Daredevil” #1, though, doesn’t seem concerned with proving itself to readers More than anything else, this first issue is confident. The creators do not feel a need to either rush or decompress the story too much. Instead, it has its story, and is content to tell it. There is a twist at the end of the issue, but long before then, the issue has proved that it is worth reading based just on the craft on display from the creators.

Chip Zdarsky is not a new comic writer, but he is still a consistently surprising one. I don’t know if its just my own preconceived notions of who he is, every time I see a book that is being played almost entirely straight being written by Zdarsky, I have a little moment of, “Huh, he seems like a strange choice.” And at this point, I shouldn’t. Zdarsky has proved that he is not only capable of writing stories that aren’t focused on being funny, but that he is one of the best writers in Marvel’s stable at creating work that is heartfelt, character focused, but never corny.

Almost all of the most famous runs on “Daredevil” since ‘Born Again’ have made it tradition to destroy Matt Murdock before trying to put back together whatever pieces were left. With each subsequent destruction, it’s become more and more difficult to find new ways to destroy Murdock. He’s been broken psychologically, physically. This issue picks up after Matt gets out of physical therapy after being hit by a bus. But even more than the physical harm, the core of this issue is the question, why is Matt Murdock Daredevil? And the answer it offers is a pretty bleak one, saying that maybe its because he just likes to hurt people. Then pushing it even further, what happens when he goes too far?

Zdarsky has the voice of Matt Murdock down. With the internal monologue, Zdarsky walks the line between making the character brooding without becoming needless edgy. The plot has a focus on Matt’s Catholicism and spends much of the issue flashing back to times as a child and when he was first starting out as Daredevil. All of this works to create a holistic view of where the character is coming from that informs where this issue, and this run, will continue going forward.

Checchetto is a perfect artist for this series. He creates dark but expressive characters and the work he does to frame scenes is extremely effective in this issue. There is a new detective character introduced here that is consistently drawn from a low angel perspective. He towers over the other police officers he works with, and when the panels are not drawn from that low angle, Checchetto frames the panels so that the top of the detective’s head is cut off, as if he is so large the panels are unable to contain him.

Checchetto grounds “Daredevil” #1 in reality. Despite his powers, this representation of Daredevil is not on the level of the Avengers, or even on the level of Spider-Man. He is someone that has to constantly watch his back, someone for who a fight with three street thugs could spin out of control with a single wrong move. Checchetto does a good job both presenting the majesty of Matt flying across rooftops in his Daredevil costume, while never making the character feel like anything other than a man.

The colors by Sunny Gho are a huge part of what keeps this issue feeling so grounded. The entire issue as a muted color pallet, with a few big exceptions. When Daredevil, or any of the other characters, are in the city at night, the bright yellow of the streetlamps flashes through the panels. And when a fire breaks out later in the issue, that yellow starts to take over the scene. Clayton Cowles keeps the lettering in this issue simple but does so to great effect. The plain, mixed case lettering on a white background for Matt’s internal monologue keep the caption boxes from feeling too out of this world, from making Matt feel too much like anything other than just another man.

A bit disconnected from the rest of the issue, there is fun back up that is both drawn and written by Chip Zdarsky that is also fun. It’s a really fun short story looking at Daredevil’s enhanced senses, and Zdarsky does some really interesting visual stuff relating to that.

“Daredevil” #1 is a great first issue. Considering that it’s a first issue, its far too early to be making any kind of judgement call about the quality of the run as a whole. But Daredevil is a character that has been known to pull career best work from creators. And if the quality from this issue continues into the rest of the series, that list of creators from the beginning of this review will have to start including Zdarsky and Checchetto as well.

Final Verdict: 9.0 – As is tradition, “Daredevil” #1 begins by tearing Matt Murdock’s life apart and does so with a great amount of both style and substance.