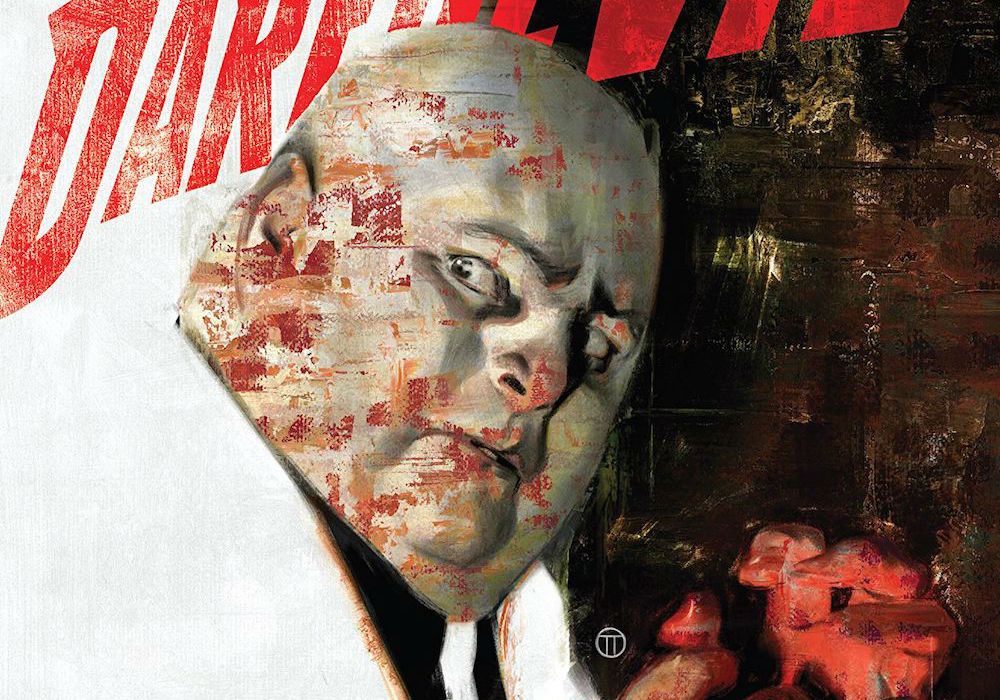 “Daredevil” #13 puts Fisk in a corner and Matt on a road to recovery and pushes the status quo in fascinating directions. 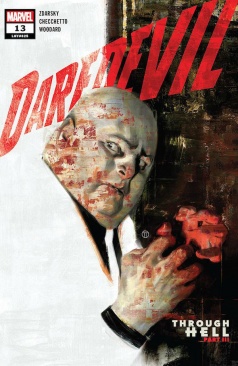 After the epic conclusion to NO DEVILS, ONLY GOD, Matt Murdock has no choice but to investigate the corruption in New York’s police force further. And Wilson Fisk may be the Kingpin of Crime no more, but he still has blood on his hands…

Zdarsky’s “Daredevil” run keeps rolling along with “Daredevil”#13 that puts the forefront on the former Kingpin of Crime, Wilson Fisk and him crumbling under his status as the mayor of New York. Marco Checcetto, Nolan Woodward, and Clayton Cowles join Zdarsky in crafting a pretty excellent look into the failure and reach of Wilson Fisk as well as the rest of the cast of “Daredevil.”

Zdarsky’s script picks up almost immediately following Fisk’s murderous act in “Daredevil” #12. Zdarsky lets us into Fisk’s inner monologue as he essentially reverts to a scared kid at what he’s done to one of the members of the most powerful families in the world. Checcetto and Cowles do an excellent job at the bottom of this page pointing at Fisk’s vulnerability as he calls Wesley. Checcetto has sort of been playing with’s Fisk’s scale a la Spider-Man: Into the Spider-Verse with regards to Fisk’s silhouette. The way the silhouette is framed in one of the bottom panels is at a low angle that makes the readable part of Fisk’s body, his head, small and vulnerable. This choice pairs really well with Cowles’ choice to make Fisk’s “I don’t know what to do” small within the word balloon. Fisk’s characterization hear feels reminiscent of the character’s portrayal in Netflix’s Daredevil series as Zdarsky leans into a childish rage in Fisk and extends that into a complete reversion of Fisk’s amassed power. Fisk has been the Kingpin of Crime for most of his comics career, but it’s his role as Mayor of New York that breaks him down to the child he once was which is a really fascinating take on the character.

While Fisk feels small, his network and power are not. Zdarsky once again captures a very frightening, cold, and bureaucratic way that Fisk’s people can get things done. Wesley, Fisk’s right hand, goes into action after receiving Fisk’s call. Wesley quickly has the family address of one of the cleaning staff, he doesn’t hesitate to threaten that man and his family and when Wesley kills that man its truly because he’s just another prop in this cover-up. The most compelling part is how reasonable Wesley comes off in these threats, he’s considerate and understanding. Down to the “your family will be compensated” gets at a sick sense of necessity and business to the whole situation. Zdarsky’s ability to write the casualness of the whole affair is great.

“Daredevil” #13 does in fact feature Daredevil if people were doubting. Arguably the training between Elektra and Matt is overshadowed by Fisk’s main plot. While Fisk is having a turning point for the worse, Matt is on an upswing. Matt’s major lesson taught through hitting from Elektra is “focus” and while there’s not a ton to talk about with the scripting in these scenes, Checcetto and Woodward kill it on these pages. Personally I am obsessed with how Checcetto renders Elektra’s hair as a huge mess of curls. The art team’s use of textures is also incredible, especially in a silhouetted panel of Elektra and Matt sparring which captures so much gesture in the linework but the use of sunspots really captures a sense of tone that feels really attached to a sort of optimism in Matt and Elektra’s training. I haven’t even mentioned Checcetto and Woodward’s rendering of Matt’s radar sense which is really special to look at to see both of them work together to create something so stylized and iconic but inherently their own.

Additionally Zdarsky’s plot hits up two other ongoing threads, one of which is incredibly brief but serves the overall theme of change in this issue. The Owl owns his move against the Libris crime family and verbally admits to it before killing Izzy Libris’ personal guard in a library. This scene is only two pages but serves an overall theme that the old rules no longer apply which ties so much of this issue together. Furthering this theme is Detective Cole North’s suspension from the police force and a slow fall into vigilantism. After fighting some rude jerks who disrespected a homeless man, Cole recognizes he doesn’t have the protection of badge to aid his sense of justice. Zdarsky really sells this realization as painful for him. And just when Cole North hits this low, the Devil himself appears offering coffee.

“Daredevil” #13 takes us to a turning point in Zdarsky’s run on the character and Hell’s Kitchen. Checcetto and Woodward create excellently textured and gorgeous scenes that cement the tone of each page. Zdarksy does some excellent scripting of Fisk’s potential fall from grace and his fear of feeling small. “Daredevil” #13 sets up some interesting directions for the series to follow.

Final Verdict: 7.9 – “Daredevil” #13 is a great turn in this volume of “Daredevil” for all of the major players in the series and leaves readers wanting more.