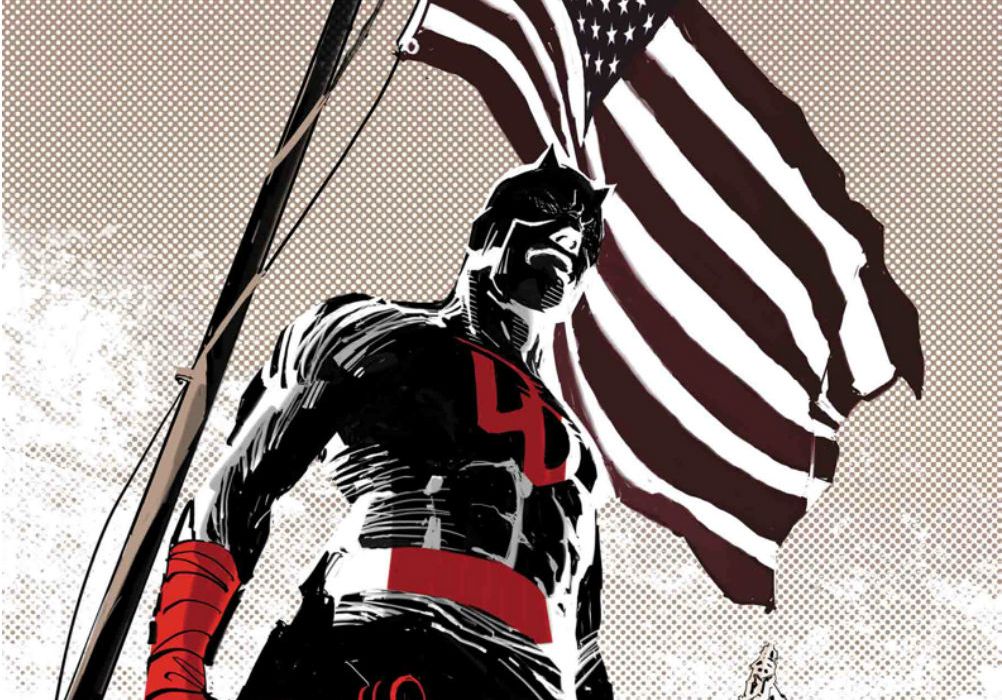 With the advent of a huge milestone issue like “Daredevil” #25, the full creative team on the book has a responsibility to go as big as possible. The last installment brought a new aspect to the forefront of the Supreme that most readers likely never considered before in the context of “Daredevil.” The idea of taking on a huge case and bringing it to the focus of Daredevil is a concept few writers on the character have ever really explored in detail. With the background of Soule and the redefined pencils of artist Alec Morgan, colorist Matt Milla, and VC’s Clayton Cowles there’s a lot weighing on the comic to bring home the goods. All eyes are on this creative team to really take the anniversary issue home. 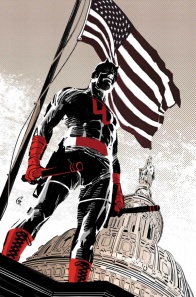 “SUPREME” REACHES ITS TURNING POINT! MATT MURDOCK’s gambit reaches its endgame…but will this be the victory he was looking for, or the start of something far worse?

Supreme has an idea so ambitious and novel that few writers would even dare to tread down the same can of worms Soule opens up at the end of the issue. The creative team begins shifting the status quo past the original change in the series with the full Marvel Universe forgetting the true identity of Murdock. Watching this change slowly fade to the background of Soule’s “Daredevil” run has been a blessing in disguise because now Soule can really start moving forward with the insane new ideas bursting through the legal belt of Supreme. Matt Murdock is now in the most important case of his legal career. This issue takes the time to explore what Murdock’s role in the Universe is after operating on both sides of the law for so long.

The narrative bites off a lot of plot and throws in the legal and psychological aspects of Murdock’s life with a great sense of pacing. My only criticism is that the resolution of this tale is anticlimactic. Soule has spent a lot of time getting to this milestone moment in his “Daredevil” run and readers are only treated to the slightest exploration of Murdock’s court case. If anyone was going to make a strong argument against putting the genie back in the bottle and restoring the identity of “Daredevil” back to a secret, this issue might be the greatest single dispute against it.

Alec Morgan’s pencils are an extreme left turn from previous series artists Ron Garney, Goran Sudzuka and more. The distorted vision Morgan brings to the page took some getting used too but he brings something to this story the comic wouldn’t have had otherwise. For starters, his depiction of Kingpin’s attorney and the seedy underbelly of the Daredevil Universe brings the psychological horror aspects in Soule’s script to the forefront of the page. In rare moments in the story, Morgan’s more simplistic approach to faces lends the title a euphoric bliss when the team becomes triumphant. There are a couple of scenes which require less drama that can look strange, Foggy’s face, in particular, looks off and lacks some detail towards the beginning of the story. When Morgan draws Murdock in costume or huge scenes with the villains of the book, the artist seemingly becomes invigorated and starts toying with the medium of comics.

Even though the moment is all too brief, there’s a great scene in this story where Murdock begins to hallucinate which taps into the core of a great “Daredevil” comic, that gaping, dreadful feeling of paranoia is the stuff of great stories with the character. Despite radar senses and superhuman reflexes, Murdock gets in sticky situations he can’t pry his way out of fairly often. With so much media attention on him now, the lawyer has gone to great lengths in order to divert attention away from himself. This title reaches a milestone and the last couple of pages of the comic reflects those changes and see’s Soule going in a markedly different direction.

As fun as “Daredevil” #25 is, I’m hoping the best is yet to come as all signs are pointing towards the writer helming the massive “Daredevil” #600 in just a few short months. The final pages of this title introduce the aspects that be next for the character and the cover to the next installment even gives readers a good idea of where the story is going. This issue has been light on Murdock’s supporting cast which did fail to deliver on what’s next for the some of Daredevil’s New York City allies.

Huge things are happening in Soule’s ongoing “Daredevil” run. Marvel bravely gave the full arc of Supreme the green light despite the crazy core idea in the center of the comic and the wildly imaginative art of Morgan, colorist Matt Milla and the letters of VC’s Clayton Cowles. Despite the past couple of landmark “Daredevil” ongoing runs, this new title has found a way to stand out from the pack.

Final Verdict: 8.4 – “Daredevil” #25 continues to spin a wild new status quo shift directly into the ongoing series and maps out the next phase of the title.