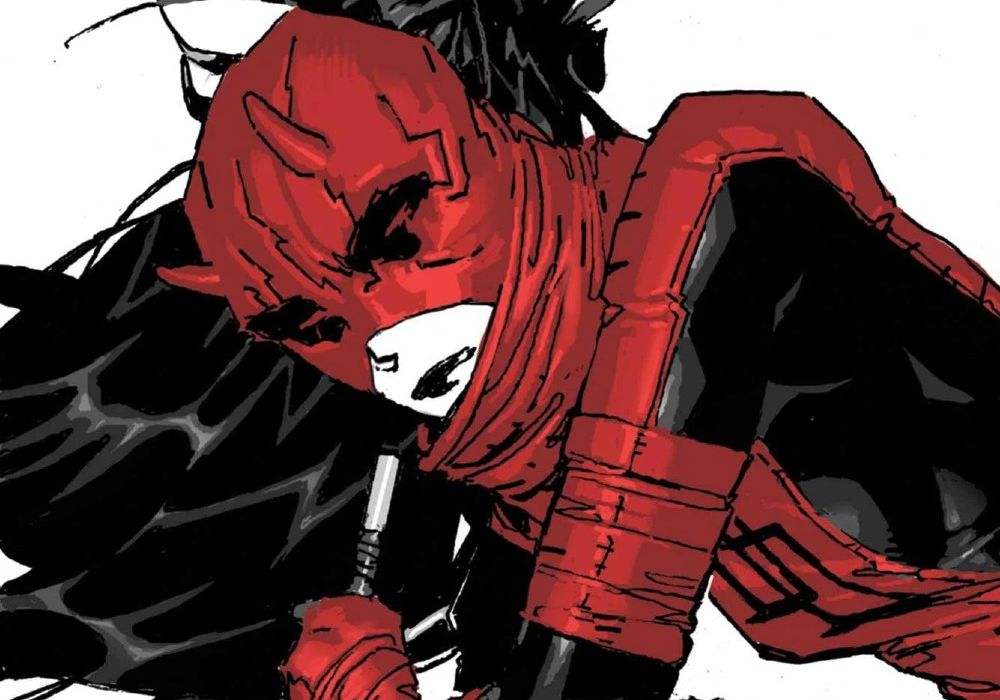 Marvel is kicking off the next phase of “Devil’s Reign”, their most recent event with a brand new mini-series from “Daredevil” writer Chip Zdarsky and artist Rafael De LaTorre. “Daredevil: Woman Without Fear” #1 chronicles the adventures of a different Devil of Hell’s Kitchen! Will Zdarsky be able to find the interesting part of the story that has been omitted from “Devil’s Reign” this far in the mini-series? Does this debut issue feel like an intriguing event setup or a lackluster mini-series? Without further ado, let’s dig deep into “Daredevil: Woman Without Fear” #1! 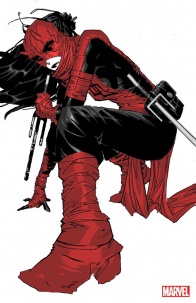 The next pulse-pounding chapter in the saga of New York City’s Guardian Devil, this time starring ELEKTRA as Daredevil! Joined by Rafael De Latorre, Chip Zdarsky continues his landmark run and the DAREDEVIL story that spins directly out of the shocking revelations in the pages of DEVIL’S REIGN! Elektra is the world’s deadliest assassin – and she’s taken a vow not to kill. Someone puts themselves directly in her path with deadly consequences. What else would you expect from the MARVEL UNIVERSE’S GREATEST HUNTER?!

When Marvel changes the status quo of one of their flagship properties I’m always a bit skeptical. It’s great when the publisher is looking to make a big sweeping change but seeing a temporary change can lead to disappointment. Zdarsky kicks this new era of the Woman Without Fear off by defining her relationship with Kingpin. At this point in the story, Zdarsky has a hard time justifying why Elektra is in the mantle in place of Matthew and how the twist serves the story overall. With Marvel making the bold choice of bringing two Daredevil’s under one roof, I would have hoped that Zdarsky would have been able to justify this sweeping shift in direction.

When “Daredevil: Woman Without Fear” #1 isn’t exploring a high concept, it is lurking dangerously close to other comic book runs that have done more substantial narrative twists with Daredevil. Frank Miller, Bill Sienkiewicz, and other creators defined and wrote the Elektra stories that had her first flirtations and brawls with Matthew Murdock. When Zdarsky repeats the plot points with elements from other runs, the end result makes “Daredevil: Woman Without Fear” feel like a less enthralling version of a great title you loved reading in the past. We even saw the ‘Mayor Fisk’ storyline play out in previous “Daredevil” issues by Charles Soule, Stefano Landini, and Ron Garney that end up feeling more essential than this new story.

Zdarksy adds additional elements and characters surrounding the core event series which helps remove a few cliches from the series. At the end of the day, the main issue surrounding the series is the incredibly high sense of melodrama. “Daredevil: Woman Without Fear” features juvenile renditions of violence and romance between Matthew Murdock and Elektra specifically. From the opening scene, a seasoned reader can likely catch how mundane and simple the thought process behind Elektra’s actions are. The action from the debut issue is aggressive without having an overall purpose to the story at times. Zdarsky also has a difficult time telling readers if Elektra is a hero or a villain. Elektra’s lack of conviction in her morality is starting to make her a less compelling character.

Artist Rafael De LaTorre’s art is striking in the issue. One of my favorite visual moments here is the opening sequence. LaTorre draws a Kingpin draped in shadow that exudes a creepy aura. Elektra darts a glance at Kingpin like he is the devil-made flesh in this panel. I would definitely not want to be The Man or Woman Without Fear in this specific moment. The moments where LaTorre gets more realistic with his characters are where the cracks start to show. LaTorre never quite draws the same face the same way in a panel which can result in confusion at times. LaTorre’s art also can be simplistic and lacks detail in some of the bigger panels. LaTorre has issues drawing the details in the smaller panels which can look odd compared to the larger ones. LaTorre’s art is strongest in the moments where characters are alone ruminating in their fear.

“Daredevil: Woman Without Fear” #1 is a frustrating start to a series that appears to be checking off plot points instead of finding what makes Elektra interesting in the Daredevil identity. Matthew’s contrived scenes with Elektra speak volumes about the quality of the writing here. The overall “Devil’s Reign” event is an extension of a plot point introduced a couple of years ago now. LaTorre opens with a confident pulp-inspired story that falls apart when the scene doesn’t call for a menacing undertone. Going forward it would be great to see what about Elektra’s identity is essential to this mini-series. LaTorre could stand to be both more precise with his work and have a greater sense of experimentation in his artwork. Seeing Zdarsy rehash Elektra’s origin takes away some of the larger stakes from the story. The villain revealed on the last page is not properly foreshadowed earlier in the story. The cliffhanger for “Daredevil: Woman Without Fear” #1 does not have the impact that it should. Overall, “Daredevil: Woman Without Fear” is clearly lacking the quality the interesting premise deserves.

Final Verdict: 9.0 – “Daredevil: Woman Without Fear” #1 feels more like a derivative Daredevil issue rather than a special event tie-in story.