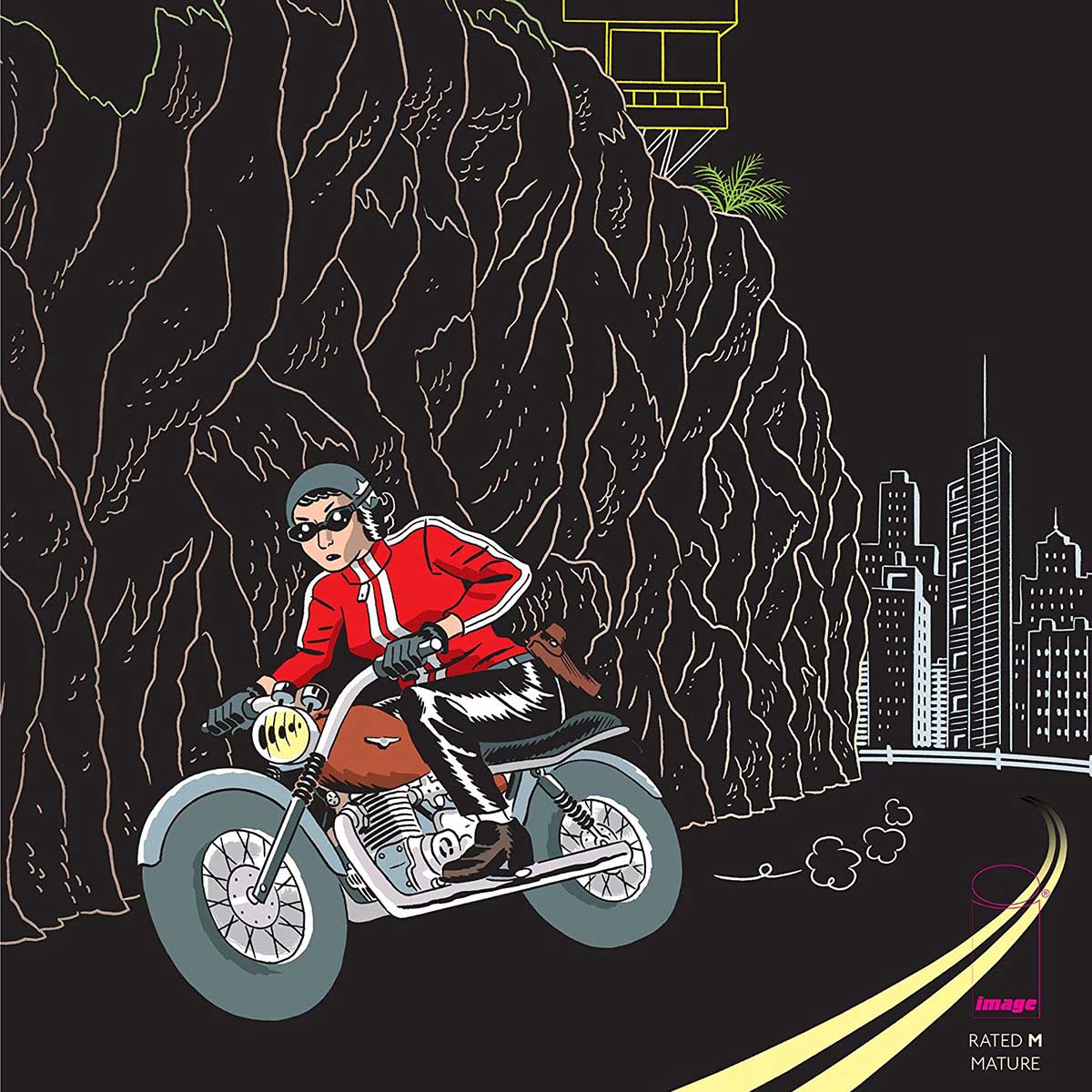 A neo-noir with a retro punch, Rich Tommaso’s “Dark Corridor” blends elements like Darwyn Cooke, Daniel Clowes, and “Sin City” and remixes them into this unique and remarkable book. Now, complete and collected, here’s this odd little gem of a comic, presented by a confident and assured cartoonist. 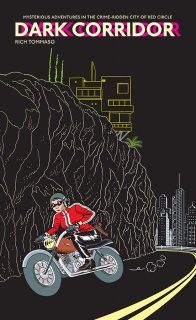 Written and Illustrated by Rich Tommaso

For decades the city of Red Circle has been in the firm and ruthless grip of the mob. That is going to change, as a small, but deadly, group of assassins begins to wipe them all out. Confused as to who is behind these mass killings, the mob families start to turn on one another.

“Dark Corridor” features a knotty storyline centered around a city run by gangsters called The Red Circle. Cartoonist Rich Tommaso juggles a wide cast of characters, who may not be entirely empathetic but are nevertheless interesting to follow and interesting to watch work. Over seven chapters and multiple perspectives, Tommaso builds up momentum and sustains tension with aplomb. The central mysteries and conflicts are involved and engaging.

There’s a lot to keep track of, but you never feel lost or in the dark or like you’re second-guessing a character’s motivation. He playfully takes elements of the crime drama and weaves them together to create this delightfully dirty, dangerous, and deadly setting.

In all honesty, “Dark Corridor” only looks weirder than it actually is. Tommaso’s style and aesthetic isn’t something you generally see out of a mainstream publisher like Image Comics. His character designs are stocky, he basically disregards physics, and doesn’t seem to care if a character goes off model if it fits the mood. But the actual story isn’t too far removed from a Donald Westlake caper or a Michael Mann film. Tommaso offers up the chases and shootouts and double-crossings you’d expect from a crime drama. He retains tight control over what we’re seeing and when we get to see it. For instance, he gets the idea to deliver the ‘7 Deadly Daughters’ stories in these double page spreads while keeping ‘The Red Circle’ stuff on a relatively consistent grid, keeping you aware of the tone and mood of the scene without having to constantly spell out what’s going on.Watching him bring all these different storylines together with tight control and an expertly guiding hand is just as enjoyable as seeing these characters deal with their consequences.

There’s a certain hand-crafted feeling to the story, too. Tommaso letters this himself, on the page, and the text flows so much better with the art. So often, lettering is handled by a different department, and there are more than plenty of instances where the balloons feel pasted on, thrown in after the fact in some general open area. Here, however, it’s composed with the image, made to bring you in and guide you through the page. Tommaso even delivers surprises and revelations simply through his balloon placement, and I don’t know if he could have achieved that if he outsourced it.

And the colors! Tommaso has worked on restoring the colors for stuff like the “Donald Duck” books at Fantagraphics. Dealing so directly with that old school, four color method has taught him how to render the mood and atmosphere with only a handful of hues. The colors are mostly flat and all the more dynamic. The shadows are strategically placed. It’s not over-rendered and it’s easier to get sucked into the cartooning.

“Dark Corridor”, however, does miss a step or two near the end. After building things for a couple hundred pages, Tommaso decides to just burn the whole place to the ground with a few abrupt and brusque slashes of the pen. Originally serialized as a monthly comic, Tommaso must have gotten frustrated with something in the industry or delivery, because the climax comes suddenly and without the same control or poise Tommaso showed previously. Don’t get me wrong, Tommaso found a great way to end the story, but getting to that ending was a little rough and like Tommaso was yelling, “The hell with all this then!” the whole time.

Tommaso conjured up something special and cool with “Dark Corridor.” It’s a thrilling and intense book delivered through some excellent cartooning. The distinct aesthetic and hand-crafted construction only lend to it being more esoteric, unique, and memorable.

Final Verdict: 9.0 – Some excellent cartooning and a less mainstream style I wish Image was constantly more willing to court.