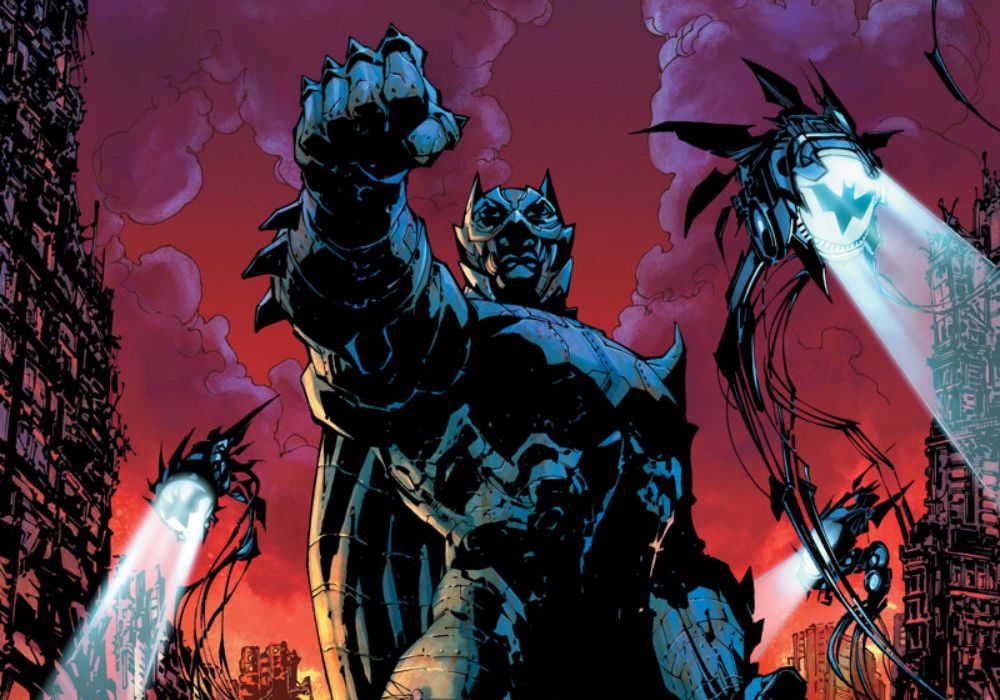 The DC Universe has been filled to the brink with crossovers lately but no event book since the start of Rebirth feels quite as big as “Dark Nights: Metal.” The publisher is finally giving readers their first taste of the event with a series of two prologue one-shots starting with this week’s “Dark Days: The Forge.” Readers know little-to-nothing about the story aside from the fact the tale is focused on the origins Nth Metal and is spawning loads of new characters. With comic veterans Scott Snyder and James Tynion IV steering the ship with artists like John Romita Jr., Adam Kubert and DC Co-Publisher Jim Lee lending their artistic talent to the series, this book is going to be one to watch. 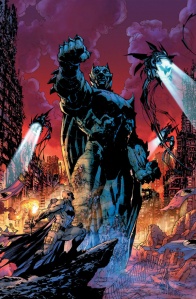 DARKNESS COMES TO THE DC UNIVERSE WITH THE MYSTERY OF THE FORGE! Aquaman, The Flash and more of DC’s pantheon of heroes suspect Batman of hiding a dark secret that could threaten the very existence of the multiverse! It’s an epic that will span generations—but how does it connect to the origins of one of DC’s most legendary heroes?

“Dark Days: The Forge” has all the scope and size to usher in the entire DC Universe for a big story. The best part about this comic is the best part of what DC has been doing in general lately: a good mystery. Readers don’t need to know every single detail about a story before the first issue hits publication. With solicitations and marketing materials galore, DC has somehow kept the plot of the crossover up their sleeves. Better yet, this one-shot asks readers even more questions than it answers. With the narrative in its early prologue form before the main series even begins, I want to continue to be surprised and not know the answers until I’m reading them in the actual issue itself–kudos to DC for keeping this thing under wraps.

Lots of the genius in “The Button,” an important crossover for Rebirth was in how the story wasn’t willing to answer every (or mostly any) questions that the readers have. “Dark Days: The Forge” doesn’t reveal every key player in the concept or play very many cards down on the table, but the book still introduces a ton of new information and hints at an aspect of the DC Universe that readers haven’t seen before. The issue utilizes many of the key players in the DC Universe and isn’t just focused on Batman the entire way through. Snyder and Tynion actually find tons of creative ways to bring in some long standing DC supporting characters back and give them some interesting things to do here. This book is very big, but the two creators have lots of focus and make sure that the pace of this comic never lets up.

This book is on shakier ground artistically as each of the three pencillers lending their talent to the issue have an extremely different style that immediately sticks out from each other. Adam Kubert starts off the issue with great energy but the overall layout and linework of his art is still loose for my taste. Jim Lee’s pencils look much more polished and crisp than usual in this issue. His page introducing Hal Jordan is loaded with excellent detail. John Romita Jr.’s contribution to the art will be particularly polarizing. His approach to Batman is still heavily stylized to the point where it can detract from the storytelling. The shift between each artist is jarring as they are all so easy to tell apart in this story. While the overall writing is seamless and the quality of the art is generally high, the muddy approach to color and three different artists in the only slightly oversized page count make this issue an mixed bag of quality.

There’s lots of individual moments and segments of characters in this comic but the aspect of the series that is going to keep readers invested in this issue is how Snyder and Tynion emphasize this great mystery. The duo relentlessly tease that something is happening in the DC Universe and readers are so close to answers but so far away at the same time. There’s an ancient threat going around at DC and tons of characters are trying to band together to figure out the truth. Snyder and Tynion have done an excellent job introducing each player and making sure that supporting cast members aren’t dull or drab window dressing their to illustrate the majesty of the story. For the sake of Dark Nights as a whole I really hope the creators are able to find a way to deliver on the cliffhanger left in this issue without blowing the surprise that is Dark Nights in the upcoming Casting one-shot.

This is a great prologue issue to kick off an event. This prologue feels important and is loaded with secrets and characters that will have fans scrounging around message boards and trying to come up with the right answer. The fact I suspect that readers are going to have that much investment in this story means the entire creative team is on the right track with this narrative. Snyder and Tynion’s use of fringe characters, strong action scenes and perplexing mysteries are going to pull readers in–I sure hope that they will be able to keep it up.

Final Verdict: 8.0 – “Dark Days: The Forge” #1 asks the right questions and doesn’t give away too much.