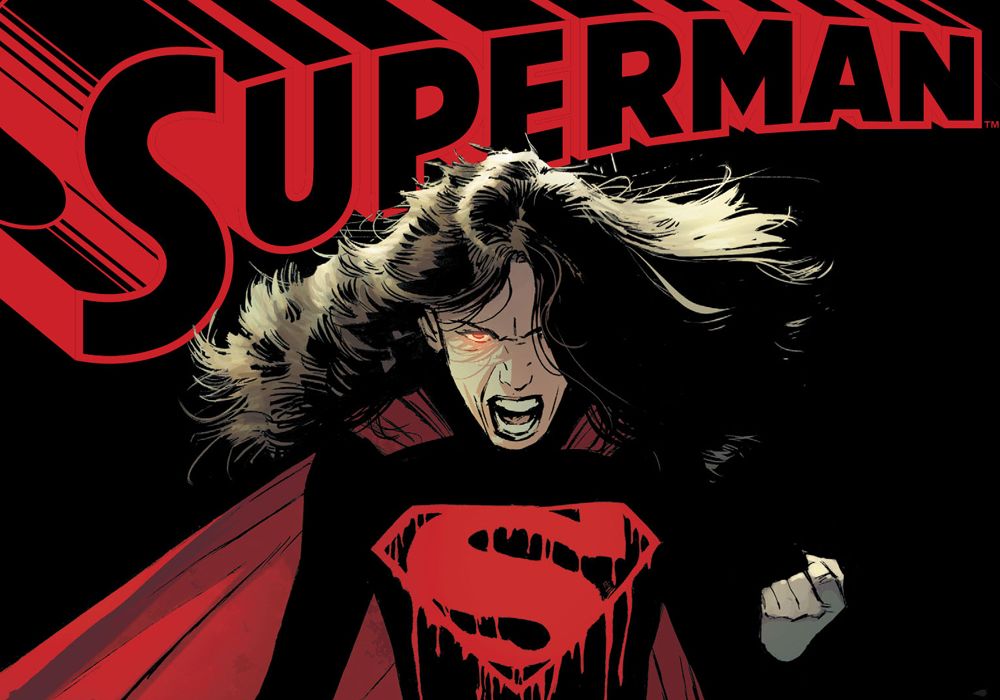 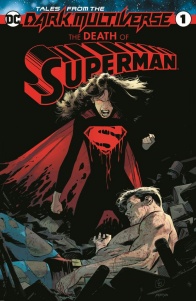 The Dark Multiverse takes on the highest-selling comic book event of all time-the Death of Superman! In a broken world much like our own, Lois Lane, twisted by rage and grief, becomes the Eradicator and takes revenge on those who let Superman die, and the corrupt world he could never defeat. Now, with the power of a god, she’s going to end the battle by any means necessary…and the Reign of the Supermen will be over before it begins!

For a series of one-shots that reference DC Continuity, the Dark Multiverse stories appear incredibly focused. Each issue to-date has featured the Tempus Fuginaut character introducing the title with a Vincent Price level of bombast. The moments where Fuginaut explains the nature of the DC Universe are enthralling but may be lost on readers who aren’t following the overall direction of DC’s current line of superhero comics. Writer Jeff Loveness gets a surprising amount of exposition out of the way before transitioning into the pivotal moment of Superman’s last stand against Doomsday. The script does a great job recontextualizing the fight in the eyes of Lois Lane who has a much different perspective than the rest of the Superman family.

This issue is full of incredibly negative emotions and huge superhero action. Brad Walker is a perfect artist to nail the potent emotion of Lois Lane on every panel. Walker can also stage a superhero fight perfectly. Walker’s artistic homages to the original tale at the beginning of the story give the issue an impressive level of credibility. Walker is a versatile artist as well and even makes the galactic elements of the story look natural in the subsequent pages. Walker’s page layouts and framing of his panels are among the best elements of the visuals. Walker’s faces can look inconsistent in certain moments within the story but these blemishes don’t have an impact on the overall story. There is a clear visual distinction between each of the Superman family of characters introduced in the story. Walker’s pencils show the details of the Superman family characters in their original designs within the timelines of this story. The colors from John Kalisz are incredibly bright vivid. When Lois Lane discovers her new powers, Kalisz’s colors helped the story transition in a different direction.

If Walker’s endearing art isn’t enough to hook readers into the story, the new context for the story should be enough. Loveness tells a really violent narrative that seems to go against what the DC Universe represents in the era of Rebirth. The script puts character-first and gives a logical reason for Lois Lane’s journey in the story. Loveness is concise with his scripting and in the span of less than 52-pages he delivers a full story with an intro and an outro. The cliffhanger to the story is punctuated incredibly well with Fuginaut recognizing the tragedy of the story and encouraging readers to come back for the next chapter. Instead of reading like a cynical commercial to come back next month, Fuginaut’s invitation to “Tales from the Dark Multiverse: Blackest Night” #1 is a poignant fist-bump moment.

“Tales from the Dark Multiverse: The Death of Superman” #1 could have read like an angsty lesser companion to “Injustice.” Instead, the issue’s smaller scope and structure fit perfectly in an over-sized one-shot. Walker’s beautifully expressive pencils bring an impressive level of pathos to the script. This issue embraces the history of DC to tell an alternate version of one of Superman’s most important stories. The issue is also a great homage to the ‘Elseworlds’ one-shots spotlighting alternate DC realities. The story is even more fulfilling thanks to the incredibly high production value of the art team. Walker’s pencils and page structures are visually stunning. The epilogue and prologue tie these stories loosely into continuity making them even more important than a simple ‘Elseworlds’ chapter. The script pays close attention to DC continuity while staying focused as a character study of Superman’s supporting cast members. The recent depiction of Lois Lane in Greg Rucka and Mike Perkins’s ongoing Lois Lane comic also supports this characterization of Lane. The issue carries out a strong twist on a familiar DC story. The references to the original tale even give the original ‘The Death of Superman’ story more relevance today.

Final Verdict: 8.0 – “Tales from the Dark Multiverse: The Death of Superman” #1 introduces a surprising twist to an important time in Superman’s life.