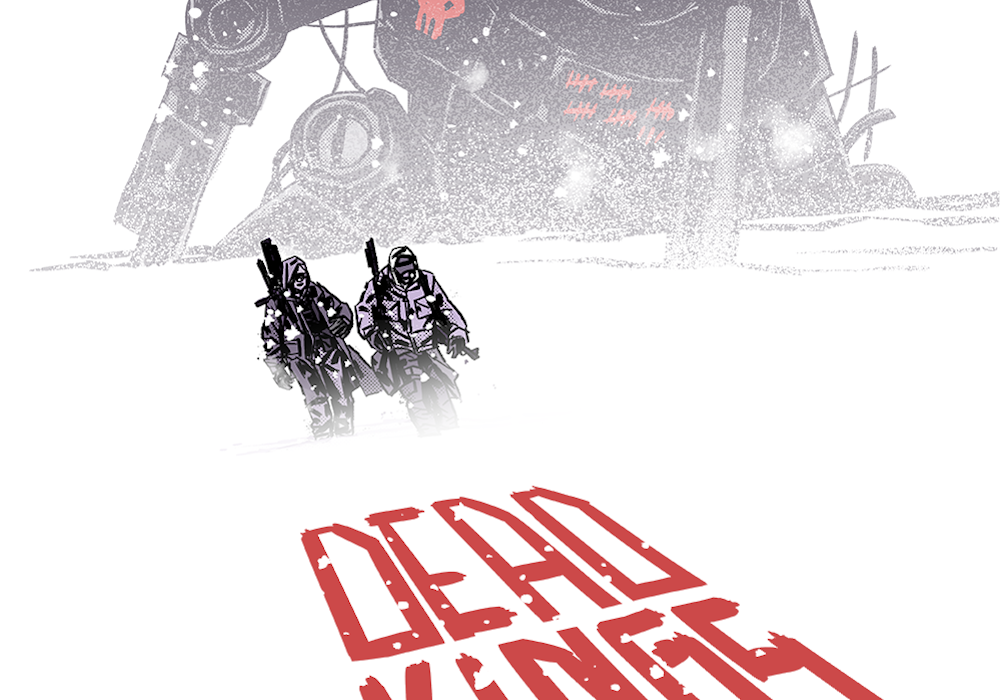 There are a lot of titles on store shelves competing for your hard-earned dollars. This week DC creator Steve Orlando and “Doctor Who” artist Matthew Dow Smith are collaborating on a brand new series. The tale is a bleak, apocalyptic fantasy world with gritty art entitled “Dead Kings” published by Aftershock. On store shelves crowded with comics does “Dead Kings” stand a chance of sticking out from the pack? 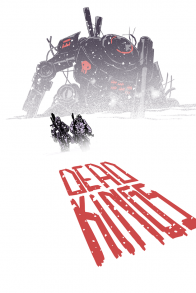 NEW SERIES! Sasha never saw his younger brother…until the secret police made him disappear. Sasha Vasnetsov left Thrice-Nine-the dirty folklore world that limps along in the wreckage of a Technomagic War-thirty years ago and never looked back. But word that the secret police have sent his brother Gena to a work camp for the socially degenerate drags him back, with a promise to free Gena and return him to their mother before her fiftieth birthday. The only problem? Sasha isn’t a fraction of the tough guy he tries to be, so if he’s going to break back into Thrice-Nine…he’ll need help. Sasha’s only hope is Maria Kamenaya, a former Technomagic Warrior with hundreds of enemy kills to her name, betrayed by the country that made her when her honor conflicted with their agenda. Thrice-Nine took Sasha’s brother, and it took Maria’s heart. This quest is how they get both of those things back, in the steaming, lawless land of decapitated states…the land of DEAD KINGS. Like True Grit set in the world of Final Fantasy, DEAD KINGS is unrelenting with its passion and thrills, massive in scale and unflinching as it peers into the underside of the obligations that drive us all: to family and country. It’s a classic Wild West revenge cast against a haunting, awe-inspiring vision of a future where we’ve mortally wounded the world, and the prisoners are the only ones left to run the penitentiary. Written by Steve Orlando (Batman/Shadow, Crude, Midnighter, Virgil) and drawn by Matthew Dow Smith (October Girl, Suicide Squad, X-Files) DEAD KINGS continues Orlando’s in-depth ex-ploration of retribution in all its dark, complex forms. Having burst forth from the restrictions of the modern world’s flesh and bone, Orlando and Smith create a whole new world of iron-and-oil fantasy, paths walked by a redemption-fueled older brother and the abandoned, rusted out, vindictive tool of a bygone war that protects him-this is us AFTER the World Wars of Mechs and Magic, broken hearts and busted fists included, a world you would ONLY find at AfterShock!

Creators trying to introduce brand new worlds often have a difficult time conveying them without a surplus of exposition. “Dead Kings” introduces readers to the world with a few action shots before thrusting readers into that same vast sea of exposition. These sequences are brisk and do a good job catching readers up to speed to the fantasy world. Unfortunately, the issue starts to lose focus when some of the expository and flashback scenes end up taking too much of the run-time for the issue.

“Dead Kings” has a lot of interesting moments of characterization that add much-needed texture to the series, unfortunately, these scenes are dispersed unevenly in the issue. Stone Mary, in particular, is only given a couple fascinating moments in her past that have little to do with the events of the debut issue where her actions could have changed the tone. Most other supporting cast members of the book come off a little stiff even with author Steve Orlando trying to dole out characterization to them. There are lots of quiet scenes with characters discussing the events that transpired in the past. The script could have used a more action-based, grounded approach to introduce readers to the world.

Orlando has some interesting things to say about the world of “Dead Kings” but these interesting sequences and moments don’t pay off in this issue. Readers are told about how tough or weak certain cast members of the issue are, but there aren’t particular moments where we see the cast members take charge. These scenes are disappointing and don’t take full advantage of what the issue or the world has to offer.

While Matthew Dow Smith is very well suited to the pencils of the issue his art can come off as slightly pedestrian. While aesthetically pleasing, his work doesn’t definitively add any elements to the story to make it feel fore more fleshed out. Smiths’s work doesn’t add any additional details or aspects of the narrative that wasn’t in the already in the script. The scenery and elements surrounding the narrative could have used more detail. With Orlando’s debut script being vague in the issue, it would have helped to see the pencils of the comic better flesh out the world of “Dead Kings.”

Smith’s characters are expressive and convey lots of emotion in the issue. At times, when there are action sequences and fantasy elements, some of the movement can get lost in the shuffle. If the series ever takes on a more definitive action-oriented direction this could potentially be a problem with the narrative. When Smith breaks up some of the action and focuses on the individual characters, he imbues them with lots of personality and body language.

Upon reading the solicitation for the issue and acknowledging the cliffhanger with more depth, it became apparent that Orlando has larger plans for this series. While the debut issue does a solid job introducing some of the players of the narrative, the majority of the background players in the story come off as a little stiff. Sasha as a character has a few traits and an interesting story turns which should allow readers to be able to invest in his characterization. The fantasy elements of “Dead Kings” are an aspect of the story lurking in the background that needs a greater definition. Readers would definitely benefit from these moments having a greater context and scope.

Orlando clearly has a solid idea of the cast and the debut for “Dead Kings” #1 has a great personality even if the script can feel a little stiff. Smith’s more minimalistic pencils paired with Orlando’s interesting characterization give the issue a bleak overview and attitude meriting the attention of the reader. The problem with the narrative lies in how little action and direction this particular issue carries. Hopefully going forward, Orlando and Smith will be able to show readers the interesting parts of “Dead Kings” without using techniques like flashbacks or exposition.