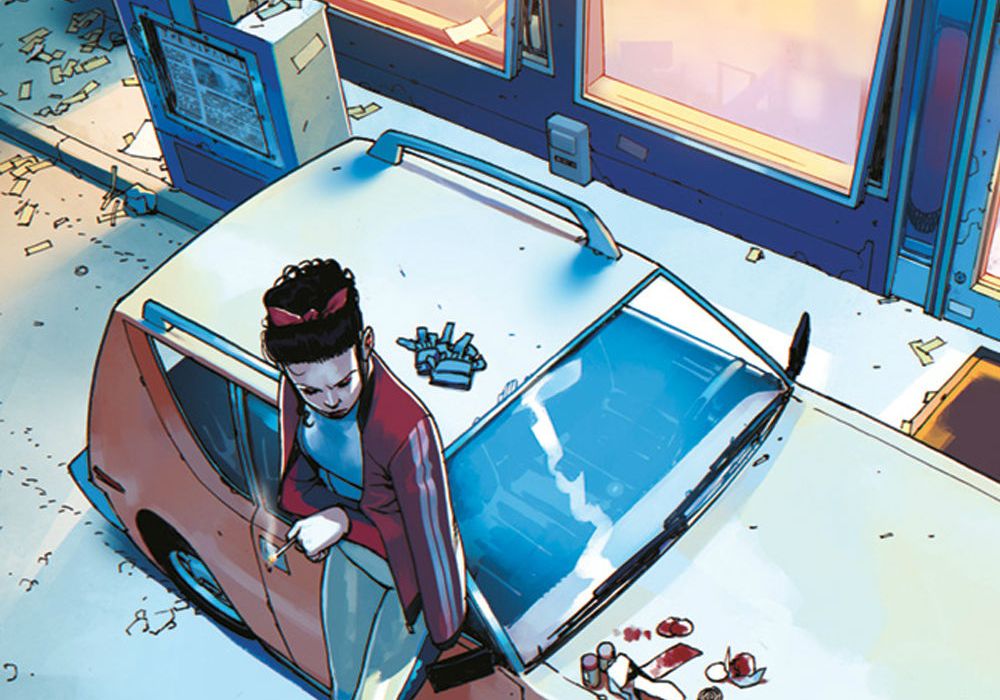 Writer Rick Remender has a large amount of Image comics series and his newest title, “Death or Glory” is launching the second installment this week. The story had an interesting premiere issue featuring the brand of nihilism author Rick Remender has become known for at this point in his career. Along for the ride is rising star Bengal. Bengal is about to burst onto the scene and Remender wisely acquired the talent just before the debut of the new series. With so many Remender-penned titles on store shelves, will “Death or Glory” stand out from the pack? 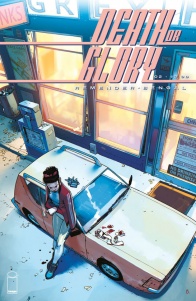 Hot off the heels of a heist run on her ex’s criminal empire, Glory realizes just what it is she stole…and how much trouble she’s in now

The debut chapter of “Death of Glory” places the protagonist Glory in a bleak scenario attempting to break up a drug bust and seize some of the cash for herself. Things go south pretty quickly when Glory realizes the criminals were trafficking people and not holding drugs. Thankfully, she was able to save the day but now Glory has a target painted on her head as the law enforcement for the town were a part of the heist. Glory spends the majority of the installment trying to recover from her wounds, blissfully unaware of the criminals attempting to kill her at all costs.

Watching the criminals get ready to take Glory out adds a level of intrigue to the narrative. “Death or Glory” starts to reveal itself as more of a crime drama than some readers may have anticipated. Remender shows he has spent a lot of time assembling the shape and structure of the criminal ring. This title illustrates what level of corruption Glory has started on a more local level with the law enforcement planning to assassinate her.

The law enforcement members have a truly odd scene here bearing an uncomfortably masochistic style to it. While Remender was likely trying to evoke that feeling in the issue, the scene comes at a time where moments such as this need a sense of justification this issue does not provide. Remender has built up a certain level of good-will as a creator but even among the antagonists of the series, sexual violence for the sake of sexual violence is not the right direction for a creator-owned book to take, even if it is trying to be edgy or dangerous.

Bengel’s art is fantastic. The creator shows a wide range of versatility and clearly illustrates how the villains of the series separate themselves from the heroes. No matter which particular scene she is in, Glory always has an interesting expression on her face. Watching the expressions on her face and the odd way she holds her cigarette when her bullet hole wounds are being tended too is an engaging scene wonderfully captured by Bengal’s dynamic artwork. The level of violence seems to be a comfortable space for Bengal to explore when the villains are engaging in deadly acts. Bengal also does a wonderful job adding the little details and making sure a scene feels alive. There is a spare power strip on the wall and the shadow of a sticky note in the background of a particular scene.

“Death or Glory” #2 packs an extended page count clocking in at 32-pages. The script doesn’t waste time but wisely adds additional context to the title bridging Glory to the next scene. The story is likely going to have a pretty interesting forward momentum as there is so much conflict in the narrative already. The protagonist still never got her money came back from the crime scene with a couple bullet holes and a target on her back. Without a chapter introducing the larger cast of the issue and hinting at what is to come, the pacing would not have been quite as well aligned. Unfortunately, this particular story could have used a cliffhanger or something getting readers eager to pick up the next installment of the book.

While “Death or Glory” already has extremely high stakes, there is something about the story that feels slightly generic. Glory herself is not incredibly well-defined and we don’t quite have a villain or supporting cast to root for. I’m hoping that Remender will be able to fill in more of the information about these characters and start to define the personality of the title more strongly. As it currently stands, “Death or Glory” is a plot-focused comic book which could evolve or change over time. There is also an absurd level of violence in the story making the moments between the villains hard to even look at. Seeing Bengel pull off these sequences is fascinating considering he recently penciled a couple of all-ages “Batgirl” issues.

“Death or Glory” is a solid entry into the series but has a few indulgences which should have been left on the cutting room floor. The heroes and villains of the story are still lacking the depth that they should have but the high stakes of the plot and fantastic artwork amount to something worth your attention.

Final Verdict: 6.0 – “Death or Glory” #2 starts the build-up towards a deadly confrontation and continues to feature excellent artwork.