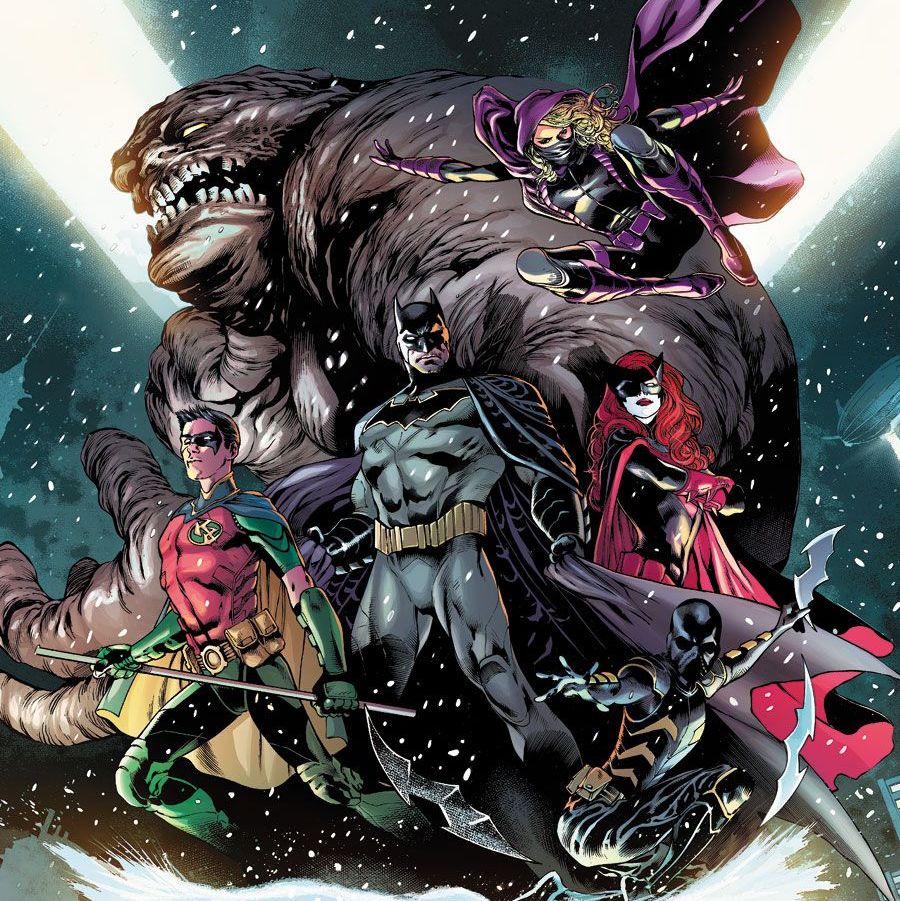 Writer James Tynion IV found the perfect way to differentiate “Detective Comics” from “Batman”: turn it into a Bat-family book. “Detective Comics” #934 succeeds in bringing together characters deserving of the spotlight (such as Red Robin and Batwoman) and one surprising one (Clayface) who could steal the show. This is the best of the “Rebirth” books so far. 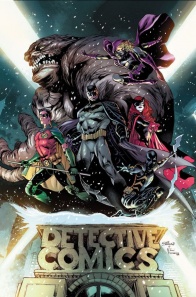 “RISE OF THE BATMEN” Chapter One

An unknown predator begins outdoing Batman, taking down dangerous threats with military precision. It’s up to the Dark Knight and series costar Batwoman to rally and train the young heroes of Gotham City to end this mysterious threat!

WHAT NOW: Batman and Batwoman begin training Spoiler, Red Robin and Cassandra Cain, but is the villainous Clayface ready for redemption?

Now THIS is a team book. “Detective Comics” #934 (!) is a new beginning (or “rebirth”, if you will) of this long-running title. Writer James Tynion IV doesn’t just throw random heroes (and a villain) together to simply satisfy fans of these characters. A mystery needs solving and Batman must enlist soldiers in order to defeat an enemy that must not be faced alone. Those soldiers include Batwoman (Kate Kane), Red Robin (Tim Drake), Spoiler (Stephanie Brown), Orphan (Cassandra Cain), and the tragic villain Clayface. This is obviously an all-star team. Tynion clearly and concisely introduces us to each team member with unadulterated joy. Longtime Batman followers, like myself, will get a thrill out of seeing Tim and Stephanie side by side again. Those jumping into Batman’s world with fresh “Rebirth” eyes will have a difficult time not catching the infectious fun of this title’s return to form.

“Detective” #934, judging by that impressive issue number, is just another indication of what DC is attempting by bringing back a sense of legacy to its titles. Tynion sculpts a world that doesn’t need much explanation and which already has a lived-in quality. Relationships, whether between Tim and Bruce or Batwoman and Clayface, can be alluded to and we’re allowed to comfortably settle into the story. Tynion emphasizes one of the most attractive elements of the Batman mythos: family. There was even a Batman book way back when called “Batman Family”. Bruce Wayne thrives when he’s paired with a Robin or any other “family” member. Tynion keeps the pace brisk despite the issue feeling like more than just its twenty pages and packs enough into it so that we have enough of an introduction to each character in order to WANT to come back for more.

Each member of this family was chosen for a reason. Tim is a former sidekick, Kate is a blood relation, Stephanie and Cassandra have great potential, and Clayface has a chance at redemption if only someone would believe in him. That faith in the power of good over evil is something that Tynion powerfully expresses in “Detective” #934. Bruce not only wants to protect his family, but he wants to coax out their potential. The two standout individuals in this issue are Batwoman and Clayface. Kate is a formidable woman who, as her father is wont to say, needs a mission and a team. Being enlisted by her cousin (Bruce Wayne, of course) as co-leader instantly brings out her innate sense of leadership when meeting with each new recruit.

Having the villain Clayface (former actor Basil Karlo) as a member of the team is a logical development. According to Batman, it was an “accident” that caused Basil to turn into a metaphorical monster. “I can give you your life back,” says Batman. That sense of optimism and hope comes through in his words and actions. It’s not out of character for Batman to help Clayface, but instead is a balance between the light and the dark that transforms the character into someone more complex. It’s been said before that Batman needs a Robin to balance the light and darkness within him. That may be true, but he also needs those who have gone through traumas themselves (like Clayface) in order to find that light. Tynion has plans to bring that complexity out and “Detective” #934 is a great beginning.

Tynion has the ultimate creative team to help pull off his introductory issue of “Detective”. Penciller Eddy Barrows, along with inker Eber Ferreira, have conjured magic before on such titles as “Nightwing” and “Martian Manhunter”. Here, Barrows brilliantly puts his singular technique on display. His splash page with Batwoman soaring over the Gotham skyline has an ethereal beauty that is assisted by Ferreira’s crisp yet smooth inking that lends the pencils a warm yet powerful aura. Adriano Lucas’ use of red on Kate’s outfit is lustrous while the green tinge of the city’s buildings at night illuminate the intricate buildings created by Barrows.

Barrows has fun with Tynion’s script and his facial expressions for scenes can go from lighthearted one moment to tragic the next. The reaction on Bruce’s face to Kate’s acknowledgment of a revelation is priceless. In another scene we even get a rare smile from the caped crusader. There is no shying away from humor in this book. Being a Batman book, there more than likely will be some tragic tale told or scene on display. That scene in “Detective” #934 is the jaw-dropping emotional one between Batwoman, Batman, and Clayface in a movie theatre. Sitting hunched over and watching his old self on the silver screen, Karlo looks defeated and vulnerable. The watercolor quality to Barrows art (which has been used to powerful effect in the past) and the contributions of Ferreira and Lucas are appropriate as well as beautiful. This is a man who pines for the past and the man he can never be again (in physical form at least). The versatility and kinetic quality of the art, inks, and colors enhances an already engaging script. This is storytellers working in tandem.

Tynion and his team bring Batman and his team to vibrant life in “Detective Comics” #934. The issue number is only a symbol, yet matches the direction of the book. A shared history between characters, bonds being forged, and a combination of old and new make for a satisfying introduction to a title that is built on legacy yet remains focused on the future.

Final Verdict: 8.9 – Classic characters to go with a classic renumbering make for a thrilling issue. Plus we get an Azrael cameo which hopefully leads to more adventures involving Mr. Jean-Paul Valley.