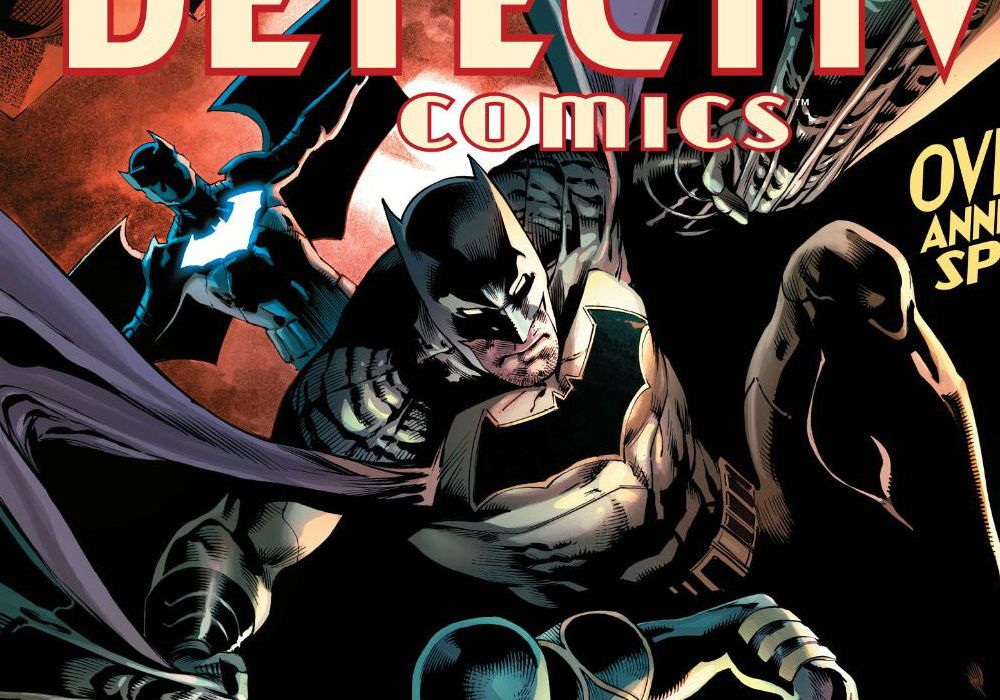 Nine-Hundred and Fifty issues. Not all of them starred the Dark Knight, but this is quite the accomplishment. With that comes a larger issue (and larger price tag) and a couple stories to dig into. Let’s see how it is. 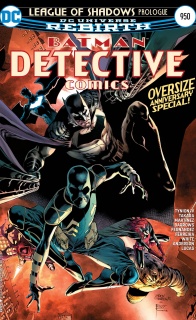 “League of Shadows” prologue! Celebrate 950 issues of the original Batman series with this extra-sized extravaganza! Cassandra Cain has stayed out of the spotlight on Batman’s team as she slowly comes to terms with the civilized world she was kept away from all her life…but the time for her to step up is fast approaching! Will she ever learn how to fit in among the masses, or will she always be more weapon than woman? Plus: a primer on the history of the League of Assassins, and an adventure with the team’s newest recruit: Azrael, the Avenging Angel!

For it’s 950th issue, James Tynion IV and a variety of artists that have become synonymous with this book take us on a tour of a variety of stories focused on separate members on this ever-rotating team of the Bat Family. Being an anthology of tales, we felt it best to break down our discussion of the issue story-by-story.

This story is the main crux of the issue, the lead in to the upcoming story that has been brewing ever since “Detective” relaunched. More importantly though, it’s a character study of someone that has been very much in the background for the most part: Cassandra Cain a.k.a. Orphan. Let me get some baggage out of the way: I think Orphan is a terrible codename for Cassandra, both in-universe and out. The in-universe reason is her taking it up is to honor her father, David Cain. The problem is that their relationship didn’t seem to have anywhere near the complexity in “Batman & Robin Eternal” as it did in the previous universe and comes off as trite. Out of universe… the name is Orphan! Does “person with no parents” really sound like a codename to cheer. I know DC has this near “We Were Never At War With Eurasia” mentality with any Batgirl not named Barbara Gordon, but geeze!

With that out of the way, this story follows Cassandra on a night alone while exploring a lot of her fears and anxieties. It picks up some threads from “Batman & Robin Eternal”, in particular Cassandra’s growing fondness for ballet, and incorporates it into her mental state. Because of how she was raised, Cassandra often feels at times a ghost, silently moving among others. I usually am not so keen on the use of third-person omniscient perspective to tell a story in comics, but here it works with Cassandra. It helps emphasizes the more visual aspects of Cassandra’s story, such as her ability to read people’s body language.

Marcio Takara and colorist Dean White were the team that took on Cassandra’s focus in “Batman and Robin Eternal,” so it’s fitting that they return here. Movement is a major key in the story and Takara and White provide a great deal of grace and fluidity in Cassandra’s actions, whether in combat or when she’s practicing the ballet moves of a dancer she’s following (the adorable little creeper). Some of the art (like Cassandra watching the other team members) was a bit more sketchy, but the big moments are nailed to perfection.

This story follows the duo of Azrael and Batwing. I’ll be honest, I was never the biggest fan of Azrael, even from an ironic “Oh 90s!” kind of way. That said, pairing him up with one Luke Fox was a good choice. They have good chemistry together, whether it’s fighting off training Ro-Bats in the Mud Room or just talking theology. There is an interesting dichotomy provided when Azrael talks of his faith being his power, in spite of how much his suit is tech based. While we don’t get as deep as deep a perspective with Luke, we do get a nice look behind the cocky tech genius and when combined with the bits we got of him and Clayface in the first story, is a stalwart examination.

Martinez, Fernandez and Anderson have been a dynamite team on this series and provide probably the best art all around. While not as fluid and graceful as Takara/White, it provides for more bombast and dynamic action. It’s the “house style,” but some of the better iterations of that. Brad Anderson’s colors in particular are of note. While White’s colors muddied a bit of Takara’s pencils, Anderson’s are bold and further emphasize the fun action scenes.

The final story is also the shortest. It takes place months ago (this team’s been around for months?! Geeze, I get that time is more abused in superhero comics than logic, but wow) starring Batman and Red Robin. This story is the least character-focused and more about setting up what is to come. I admit that I had a little geeking out moment because Tynion actually brought back Tim’s awful car, the Redbird. But it is more than that: Tim has been putting pieces together; Bruce has been strategically placing his allies in key areas (Nightwing keeping an eye on the various spy agencies of the world, Jason with the criminal underworld), but the question is Why? Barrows, Ferreira and Lucas’ artwork continues that great, almost painted-like, quality it has had since the beginning of the book and further emphasizes any potentially duplicitous motives Bruce has for building an army.

This issue was simultaneously an examination of characters that have taken a backseat as well as providing a roadmap. The “Detective Comics” 2017 plan is all here and the team of Tynion et. al. have begun revving the engine for exciting things to come. I have had some quibbles with this book, but it still remains one of DC’s strongest.

Final Verdict: 8.0 – A good look into some neglected characters while providing interesting teases of events to come.