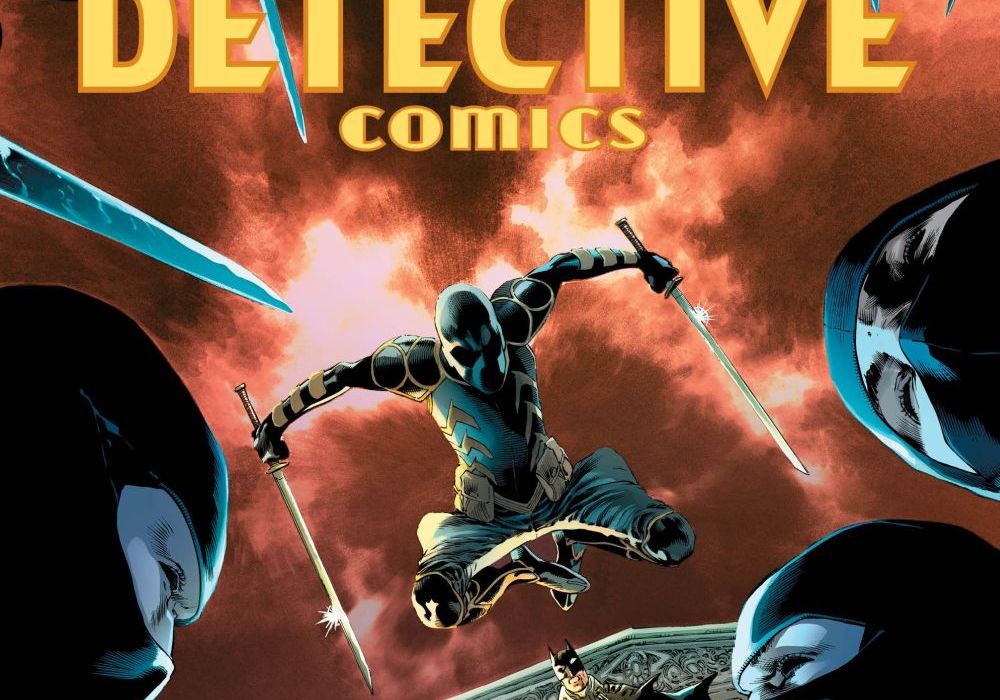 For lots of people, Cassandra Cain is Batgirl. She headlined the first DC “Batgirl” ongoing series, which lasted for an impressive 73 issues. Then the New 52 happened and muddied a lot of waters. This series of stories in “Detective Comics” hopes to clear some of that up and bring the Bat-family back into the fold. By building up Cassandra’s mother, Lady Shiva, into a quality Bat-villain, James Tynion and his team have given Cassandra a definitive new origin.

‘League Of Shadows’ part five! All of her teammates are broken-or dead. There’s only one fighter left to stand between the League of Shadows and Gotham City’s total destruction. This is Cassandra Cain’s greatest battle-the fight she was born for! Do not miss the most astounding action sequence of the year! RATED T

From first page to last, this is an utterly typical issue. If you’ve read superhero comics for any length of time, you’ve seen it before. It’s the one where the Hellfire Club thinks that they’ve killed Wolverine and captured the X-Men, but then Logan rises from the sewers and says “now it’s MY turn!” and proceeds to murder the crap out of an army of lackeys.

That’s pretty much exactly what we have here. Lady Shiva goes at great lengths to capture a number of Gotham vigilantes, including Batwoman, Azrael, Batwing, Clayface, and Batman himself. This leaves Cassandra (now called Orphan for those of you keeping score) to pick up a katana and battle her way through a horde of ninjas.

Sounds kind of boring right? The plot is nothing revolutionary, so everything depends on the execution. Fortunately, there’s enough going on structurally that the story can zip along and hit satisfying beats on the way. The first issue of this arc introduced us to a ballerina who Cassandra was stalking. That same ballerina acts as the Obi-Wan Keboni, and gives Cassandra the inspirational speech she needs to face her fears and pick herself up off the ground. Shiva has thwarted our heroes at every turn, and she continues to be one of the more competent villains ever to menace Gotham. Jacob Kane (no relation to Cassandra) and his band of soldiers have started to fracture. That pays off in this issue where Jacob has to choose between his daughter Batwoman, and his increasingly unstable comrades.

Such an action-heavy issue wouldn’t work without a good art team, and Marcio Takara and Marcello Maiolo acquit themselves well. They don’t rewrite the rules on superhero action, but they know what they’re selling. There’s a good mix of standard grids, enormous two page spreads, close-ups of squinting eyes, and tiny panels of bloody points of contact as Cassandra tears through her mother’s ninjas. It’s more or less house style but it’s well executed. Extra points are owed to colorist Maiolo, who bathes the sewers of Gotham in lurid pink and yellow lights. It’s no so pastel-soaked that you’d think this was a “Guardians of the Galaxy” comic, but the bright colors help the typically drab Gotham pop.

The MVP here is Tynion, who paces the issue so masterfully, you’ll barely notice. He uses a well worn comic trope of framing the action against dialogue happening in another scene, not one of my favorites. Credit to him though, it doesn’t feel too on the nose, and he did such a good job at setting up the ballerina character that her return feels welcome instead of obtrusive.

My favorite element is how additive this all is to the greater Batman mythology. In this continuity, this is the first time Cassandra is meeting Lady Shiva, and reconciling with their familial connection. That story happened in the original Batgirl ongoing, but this new telling streamlines dozens of issues and deals with all sorts of other elements of Cassandra’s story. Her difficulty with speaking, her aversion to killing, her choice of the codename Orphan, all of that gets touched upon in a way that makes her feel like part of the Batman story in a way that she hadn’t since stepping aside in 2009.

There’s an elegance to Tynion’s continuity approach. In different iterations, the evil ninjas that Batman fights have been called the League of Shadows or the League of Assassins. Here, they are two competing organizations, one headed by Lady Shiva and one by the more well known R’as al Ghul. In an era where so many comics want to have the last word on a subject, killing off a famous character or reinventing a classic costume, it’s really nice to read a story that feels like it’s building future stories in an organic way. The way it picks and chooses elements of continuity reminds me of the best part of the current IDW “Teenage Mutant Ninja Turtles” ongoing.

If you didn’t care about Batman or Gotham City or ninja assassin/superhero fights, this isn’t the comic that will change your mind. On the other hand, if you are desperate to like those things but a glut of mediocre comics have made you forget what superhero joy feels like, this is the comic for you. There are a number of titles competing for the best DC series crown, but for my money, it’s Detective Comics.