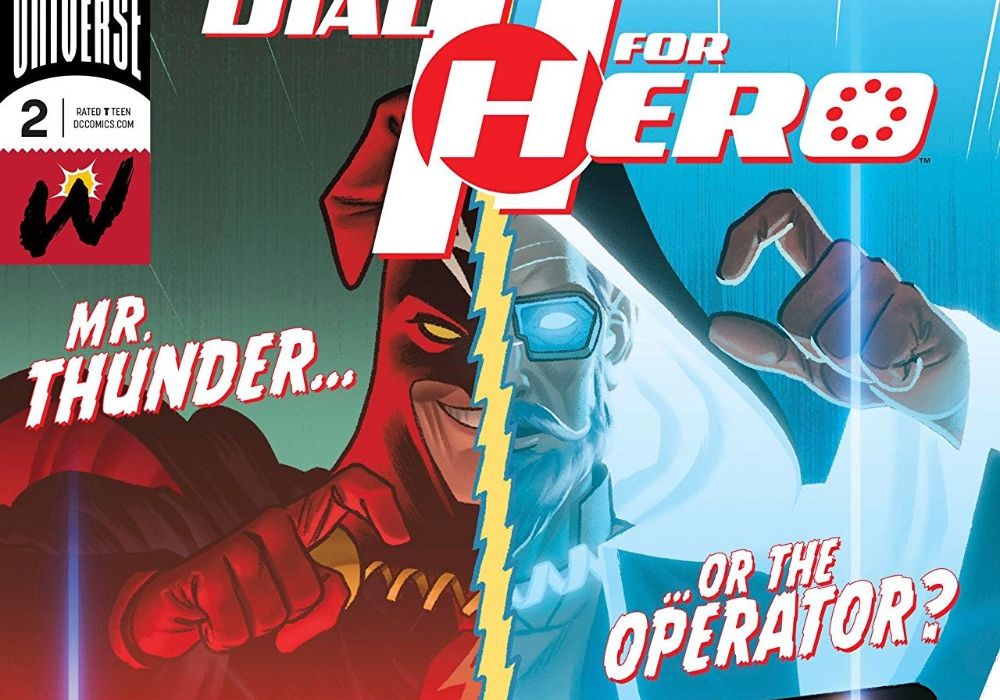 Wacky superheroes and wackier villains? Check. A mysterious rotary phone that won’t stop ringing? Check. It can only be another issue of “Dial H for Hero”! 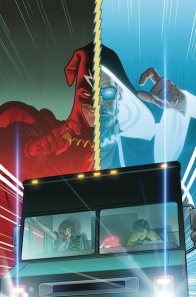 On the road (in a food truck full of mayonnaise!) with the amazing H-Dial that gifts the user with a new superpower every time they place a call, teenage runaways Miguel and Summer come under attack by others who crave the power the dial offers. With cryptic calls from the “phone zone” and no one to turn to for help, the adolescent adventurers come to a breaking point, where they either must work together or lose more than just the dial.

“Dial H for Hero” is one of DC’s most exciting and interesting properties for just how boundless its storytelling can be. Few other comic books are given the privilege of cycling through new superheroes and origins on a monthly basis, and fewer still could succeed at the task. It’s a concept that seems to entice ambitious creators, with the New 52 iteration from novelist China Miéville fondly remembered by the small group who read it. But this latest volume blazes a strikingly different trail that is perhaps even more exciting. It’s a story of youthful misadventure told in a fun and colorful way, making it a fantastic read for almost any age.

After making a run for it in his uncle’s rather grotesque mayonnaise-themed food truck, teens Miguel and Summer have nothing but a few dollars and the mysterious H dial between them. The former is struggling under the weight of responsibility that the dial bestows upon its owner, while the latter just wants to get far away from seemingly tough home life. A story about two teens on the lam is hardly uncharted territory. Heck, Netflix told a great one just last year with their superb series The End of the F*****g World. However, this take on the idea is so delightfully lacking in cynicism that it’s very easy to get swept up in it.

Part of that is down to the art style which draws you in effortlessly. Joe Quinones’s panels are bursting with kinetic energy, breathing life into scenes as characters slam down the receiver or emerge triumphantly from the depths of a river. Equally, he imbues his characters with a lot of personality, particularly the two leads. Miguel and Summer’s expressions scream of two teenagers in completely over their heads, embodying the angst of the situation while keeping the pair of them likable all the same.

Sam Humphries’s writing also excels in this regard. His script is witty and endearing, winning readers over with the charm of its characters and keeping their attention with the fast-paced story. Although this volume of “Dial H for Hero” is only two issues in, there’s already a joyous sense of unpredictability about it which makes it seem like it really could go anywhere. This installment alone has a handful of genuinely surprising moments that make it a blast to read through. Humphries effectively raises the stakes, giving his mysterious villains the upper hand, while also succeeding at making them sympathetic.

He does this by framing their relationship with the H dial as an allegory of addiction, most directly to drugs or alcohol. One lackey of the big bad Mr. Thunder bares the resemblance of a man disheveled and entirely consumed by his desire to wield its power one more time, so much so that it’s impossible not to feel bad for him. Quinones plays into this too with a page depicting the phone from the henchman’s point of view, glistening intensely in the light and all but beckoning him to take it. All this culminates in a speech towards the end that functions both as a set-up for the rest of this arc, as well as a tragic statement on the torture of addiction.

However, as previously stated, this book is a fun read that keeps its heavier themes as a sub-thread to the lighter narrative, thus making them all the more approachable. Those looking for the sense of whimsy that “Dial H for Hero” is overflowing with, need look no further than this month’s original characters: Iron Deadhead and Jobu: The Zonkey King. Both seem inspired by Eastern pop culture, with the former even boasting a mock-up cover from an imprint called “DC Manga”.

Both characters are suitably insane additions to the lore and beautifully rendered by Quinones and colorist Jordan Gibson. The colors in this book are outstanding throughout, bursting with brightness in the opening before shifting gears to a more desaturated palette when the wacky new powers enter the fray. Watching the art style evolve gives the book a living quality that comes close to breaking the fourth wall without ever quite doing so.

“Dial H for Hero” #2 is a superb sophomore outing for this new series. Humphries, Quinones, and Gibson have created a book that delivers big on sheer fun while also showing glimmers of darker themes in a few select moments. It looks astounding, with a style that is both ever-changing yet consistently showing flair in its execution. Best of all, it tells a story that is tailor-made for the comic book medium, paying homage to its quirks and conventions while making full use of the freedom that it brings. After all, where else can you find an anthropomorphic zebra-donkey crossbreed born in a supernova and trained in martial arts? All you have to do is dial…

Final Verdict: 9.0 – This contemporary reimagining of a classic DC title is absolutely delightful and a total must-buy.