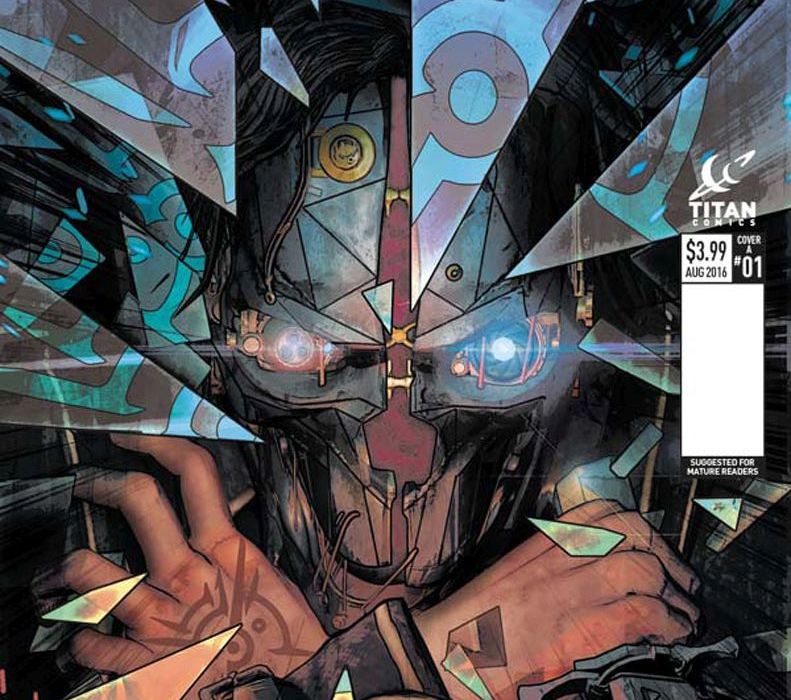 Attention Dunwall Citizens: We mark a new franchise deciding to stick their hand into the pool of tie-in comics. In this case, Arkane Studios supernatural stealth series, Dishonored. As we gear up for the sequel this November, how does the comic tie-in fair? Let’s find out! 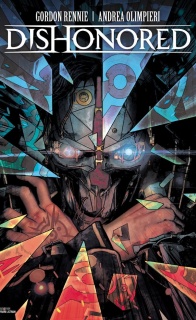 The city of Dunwall: whaling capital of Gristol and industrial hub of the Empire of the Isles. Twelve years have passed since Corvo Attano scuppered the Lord Regent’s duplicitous plot against the crown and cleared his name of the Empress Jessamine’s murder. Now little older and perhaps a little wiser, Corvo sets his sights on the future and securing an apprentice to continue his legacy. But when confronted by an impossible face from his past, the magically-gifted assassin finds himself once again drawn into a supernatural conspiracy, one that threatens to shake the very foundations of his ancient city!

I should make something very clear to you all before I dig into this comic: I am a despicable mark for this series. Dishonored was my favorite new IP from the last generation of video games and possibly one of my top 10 favorite games of all time. So, when there came a time of a tie-in comic, sure I had the same apprehension I have whenever any other property from another medium is adapted to comic format, but I also had a bit of giddiness knowing it was an interquel, taking place during the large time gap between the original Dishonored and the upcoming sequel.

For those of you who’ve never played the game: Dishonored followed Corvo Attano, the Lord Protector of Empress Jessamine Kaldwin. After he fails at his duty and framed for her murder, Corvo moves silently throughout the city of Dunwall to clear his name and rescue the Princess Emily and restore her to the throne, all the while encountering and utilizing a multitude of supernatural elements. This comic takes place twelve years after the conclusion of the game (which makes it three years before the events of Dishonored 2) and sees Corvo undertaking a new mission. And I’ll give credit to writer Gordon Rennie: He does a pretty decent job establishing a lot of this through narration. It is a lot to explain to people that have never played the game and the narration can threaten to overwhelm at times, but it manages to get it out of the way in a brisque manner.

Speaking of dialogue, the much bigger challenge that faced the creative team is Corvo himself. In the original game, Corvo was a silent protagonist, and really a great deal of his personality is assigned by player choice. On top of that, not only are you crafting dialogue for Crovo, but a Corvo taking place twelve years after the events we experienced with him. Now, of course this is dependent on how you played as Corvo, but for me, this writing of him that really rung true (helps that Arkane Studios’ co-creative director Harvey Smith helped edit this). This is a Corvo that’s focused, but not without compassion, and who is certainly feeling his years as he tries to find a soldier among the City Watch to succeed him as Lord Protector.

Now, as important as Corvo is, what always fascinated me about Dishonored was the world. Dunwall is a drab place, and it had so much lore built into it just by looking around the city. It felt like a world lived in. While we really only see Dunwall Tower and the docks in this issue, Corvo’s narration does help give nods to that history, such as discussion of the various Wards of the city.

But it’s the art that really brings that Dishonored feeling to this comic. I have to be honest, when I first saw preview pages of this book, I wasn’t 100% sold on Andrea Olimieri and colorist Marcelo Maiolo’s work. Having read the book I am now a lot more at peace. Maiolo brings a great deal of the same colors he does with Andrea Sorrentino (“Old Man Logan”), such as contrasting incredibly vibrant with the incredibly muted to simulate Corvo using his Dark Vision (essentially night vision + seeing enemy positions through walls) ability.

Olimieri’s pencil work here does a pretty good job of trying to adapt the art style of the game. Going on with above when I said the art style of the game feels very “lived in”, there was always something about the people that felt slightly off. Slightly elongated limbs and with texture work that conveyed the “meatiness” of people. While Olimieri’s style isn’t like that, there is a gruffness to all the people in this work, not in the “90s Image Everyone is Permanently GRRRR-Faced”-way, but more naturally lined-faces, that have seen a great deal of turmoil in their time. In some cases, the fight choreography is pretty well done (such as Corvo’s sparring with his potential successors), but in some cases (the dock fight), it could be a tad confusing telling what’s going on. Olimieri does however manage to use some skilled panel control to simulate one of Corvo’s other abilities, the Blink.

Now, apart from the search for a successor, the other central plot is… interesting. This is kind of the downside of tie-in comics, just how much can they truly affect the world, especially when you have another installment happening in the mother medium. It’s why I don’t expect a Rey or Kylo Ren comic before Episode VIII. That said, I am willing to see where it goes and am grateful it digs deep into Corvo’s past.

One final tidbit: I love that cover. I’ve always wanted a Clayton Crain drawing of Crovo but Fabio Listrani’s cover here is something I want a poster of. The shattering glass, the mark of the Outsider, the color palette, it all just screams Dishonored to me in ways that covers for other tie-in comics never really do. Kudos.

Final Verdict: 8.4- The wait for Dishonored 2 just got a little less arduous as Rennie, Olimieri and Maiolo craft a real interesting interquel. Even if you’re not a Dishonored fan, check it out.