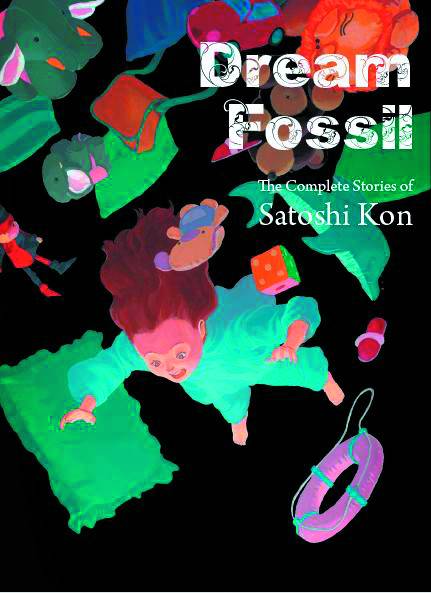 Satoshi Kon was one of the most imaginative and clever filmmakers of the last thirty years. Using animation, he was able to bend reality, conjure these bizarre fantasies, toy with the idea of the real, and deliver this set of memorable, broken characters. He tore the frame apart, messed around with editing conventions, and constantly delivered some of the most arresting, interesting, heartbreaking, inventive, and astounding images in film. Unlike many of the filmmakers who followed in his wake, Kon also put great emphasis on characters and story, and so everything he produced constantly worked in union to create a great experience. Live action filmmakers like Christopher Nolan and Darren Aronofosky frequently ape his work for their own movies, but neither of them have yet to be able to capture that same effect. Maybe because they’re trying to translate something so artificial and constructed into something striving for realism. 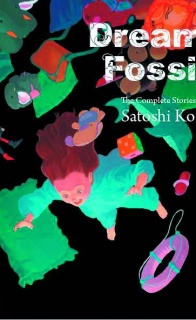 All of his films are worth you time, effort, and energy. I think his final film, Paprika (2006) is the most readily available, but Perfect Blue (1997), Millennium Actress (2001), Tokyo Godfathers (2003), and the TV show Paranoia Agent (2004), all show a master at work and are unforgettable pieces of work. Kon died in 2010 and it seems less and less likely we’ll ever see anything from his last project, Dreaming Machine. Seriously, he’s up there with Kurosawa and Miyazaki for Japanese filmmaking greats.

Before he started directing anime, though, Kon cut his teeth in comics. Over the last couple years, Dark Horse and Vertical Inc. have begun to release translations of his work. Dark Horse got their hands on his unfinished projects, the trippy and pomo “Opus,” as well as Kon’s collaboration with Mamoru Oshii, “Seraphim: 266613336 Wings.” From the sounds of it, both of these were abandoned as Kon began working on feature films, though he intended to return to them before he died. Vertical, it seems, got the bigger stick, releasing the mermaid/environmentalism story, “Tropic of the Sea” in 2013, and now this collection of short stories, “Dream Fossil.”

Primarily created in the 80s, the stories in “Dream Fossil” mostly bear hints of Kon’s usual sets of themes and genius. For the most part, they’re fairly straight-forward stories, twenty-to-thirty page experiments in one type of storytelling or another. Many of them are fun, some are scary, a few are sad; however, the most interesting thing about them is watching an artist develop his voice and figure out the most effective way to deliver a narrative.

Throughout these stories, we watch a young Kon test out various camera angles to deliver the biggest emotional impact. He mixes up character types. He tries to figure out ways to convey movement on the page. There are times when you see him referencing Tezuka and other times when he’s striving for some Otomo. You can feel him bristling at the limitations of the page, and that creeping spiritedness quivers in the background of all these stories, but he still usually figures out a way to deliver the most kinetic energy he can muster. 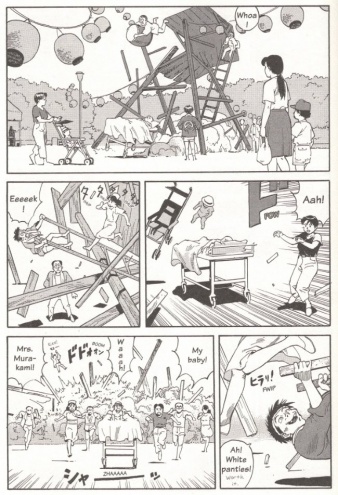 From 'Beyond the Sun'

Kon goes broad, tries out whatever visual method he can think of. A later samurai story withholds a monster until about the midway point, drawing up some classic Spielbergian/Hitchcockian/Honda-ian tension before unleashing the beast on everyone. He has a preference for chases, and many of the stories involve one character pursuing another one. The one I thought worked best, ‘Beyond the Sun,’ involved a grandmother on a runaway gurney plowing through town toward a beach. Kon’s a creator who works so well with movement that it’s only when a character might not be doing something that the story stalls out: a couple of the school stories are difficult to get through, and the haunted house story never gets as creepy as it ought to be.

But again, “Dream Fossil” is the work of a beginner and has a lot of the blind ambition of a beginner. Vertical wisely decided to keep these stories mostly chronologically (I’m not sure if they decided to do this, or if it was how the original Japanese publisher set it up) and we watch his confidence in the material and himself grow. They only break away from this convention once, for the last story, ‘Toriko,’ which won Kon the Tetsuya Chiba Award for Excellent Newcomer in 1984. It’s a bit jarring coming out of far more assured stories to go into this one, which has a Brazil (1985) vibe, though it won its award before Brazil premiered, but I think it also showcases how much work and effort Kon put into each and every one of these. 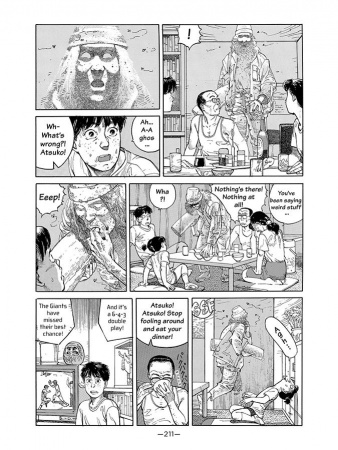 “Dream Fossil” is an interesting and wildly varied collection. It’s not loud like your typical shonen showcases, but it’s just as adventurous, energetic, and experimental. You can see traces of Kon’s later techniques pop up over here, but even if you’ve never seen a Satoshi Kon movie (and you should remedy that), you’ll still find much to enjoy.