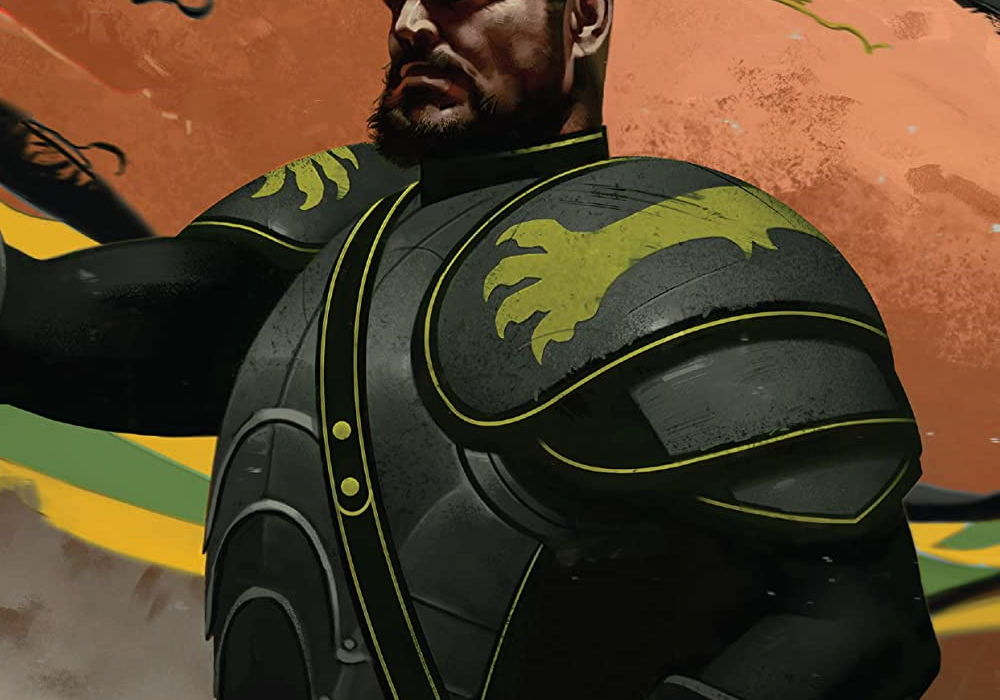 Like most great franchises, Dune is a series with an almost exhaustive scope that creates a universe leaving you with small details that could conceivably spin out into their own stories. Yet, like other exhaustive universes, there are moments that the temptation to color in the lines of the original series can lessen the overall impact of the very universe itself. While this isn’t always the case, there are examples of prequels and side stories that can enhance your enjoyment of a franchise, and sometimes there are stories that just make you wonder, “why is this story being told?” This was the primary question while reading “Dune: Blood of the Sardaukar” #1 from Boom! Studios, a story that shed light on one of the shadowy mysteries of the Imperium of the Known Universe. In many ways, it created a story that removed some of the intrigue that made the elite force a compelling and haunting enemy. 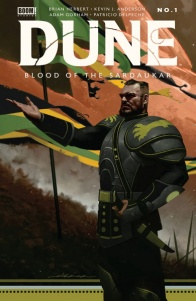 Cover by Jeff Dekal
Written by Brian Herbert and Kevin J. Anderson
Illustrated by Adam Gorham
Colored by Patricio Delpeche
Lettered by Ed Dukeshire
When the choice is vengeance or honor, which lies at the heart of a Sardaukar?
Jopati Kolona one of the Sardaukar: the emperor’s elite military unit. The Sardaukar are unbeatable, unbending in their devotion to the emperor, and feared throughout the galaxy.When Jopati meets Duke Leto of House Atreides, the house he believes responsible for the destruction of his home planet and family, he will be forced to question a life-long hatred.

Tasked with overthrowing the Atreides stronghold on Dune for his master, Jopati will be forced to choose between duty and forgiveness.

“Dune: Blood of the Sardaukar” #1 investigates a member of the emperor’s elite fighting force and the rough life of those broken down and built up to serve the Golden Lion Throne. In the original novel, people discuss the Sardaukar in hushed tones. To many of the noble families of the imperium, they are almost treated as boogeymen, something that shouldn’t be discussed too openly lest they come barging down your door. Like so many things in the series, they are a mystery. People know that they are ruthless in combat, fanatical to a fault, and someone you do not want to see on the other side of a battlefield. One of the things that makes the Sardaukar effective as a faction of villains is honestly what the reader doesn’t know. By seeing things like Salusa Secundus and the training of the Sardaukar, you lose some of the organization’s mystique. While Brian Herbert and Kevin J. Anderson write some compelling narration for a soldier beginning to doubt his resolve, the story overall feels unnecessary.

It’s not just in the way that it shows the training of the Sardaukar either. Many little things are initially interesting but ultimately are undermined by the issue overall. For instance, it’s interesting that “Dune: Blood of the Sardaukar” #1 adds some messy ruthlessness to the otherwise heroic House Atrides. To see that the battle of Arrakis is not an isolated incident, that the pages of galactic history are written by blood spilled by Sardaukar hidden in the armor of other great houses is quite compelling. It further establishes the menace of House Corrino but shows that all of the houses in the Landsraad have at one point or another been pawns, knowing or unknowing, in the games of the emperor. As the issue progresses, there is a certain amount of sympathy for Colonel Bashir. He realizes that everything he thought he knew was a fabrication to help the emperor keep power and that he was now part of yet another plot. Again, though, while it’s well written, it doesn’t add much to the world of Dune. By the end, Duke Leto is a generous and selfless hero, exposing the schemes of the previous emperor. The messy legacy of House Atrides is acknowledged and atoned for, even making Leto’s enemy question his resolve to destroy them. Maybe that’s the point of the issue, to show the power Leto has even to those otherwise broken and betrayed to become pawns of the very person who destroyed them. Still, again it just seems to lessen the impact of the nigh-unstoppable fighting force.

While the story of “Dune: Blood of the Sardaukar” #1 feels unnecessary, Adam Gorham does an admirable job creating a whole slew of worlds that have their unique tones and textures. Arrakis is dark and barren, lit only by the fires of Sardaukar destruction. Salusa Secundus is barren but has an entirely different feeling, thanks in large part to Patricio Delpeche’s coloring. The planet is blighted and destroyed, an environment shaped by humanity’s cruelty to one another. At the same time, Arrakis features the occasional warm tones of red and yellow. Salusa Secundus is dull browns and greys, the only color coming from the monstrous animals that could survive nuclear blasts. This continues beyond just the two planets responsible for breeding hardened warriors. Borhees is lush forests brought to life by bright suns, and an otherworldly void engulfs Kaitain. Each of these planets feels distinct and, by extension, gives an idea of the person created by those worlds. Gorham can capture the variety of worlds that humanity has settled in the future.

Gorham also does a remarkable job of capturing the action of the destruction of Arrakis in “Dune: Blood of the Sardaukar” #1, taking full advantage of the visual language of the personal shield generators that soldiers wear. The action is swift and brutal, showcasing the strength and power of the soldiers produced by Salusa Secundus. The art of the book is good, which does make up for the lacking story but doesn’t do enough to justify the book overall. At the end of the day, it’s the worst kind of prequel. At best, it feels unnecessary; at worse, it removes some of the mystique that makes the original memorable.

Final Verdict: 5.5 “Dune: Blood of the Sardaukar” #1 features some impressive art but ultimately tells a story that doesn’t need to be told.